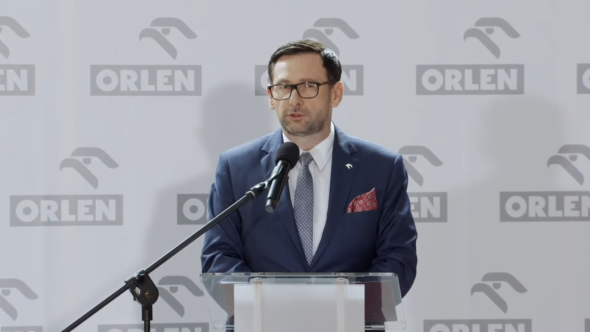 What goes on in Poland on the 30th of June.

PKN Orlen and Synthos want to develop nuclear energy together

PKN Orlen and Synthos have signed a cooperation agreement to jointly develop and implement zero-emission nuclear energy technologies based on micro and small modular reactors (MMRs and SMRs). Delivery of the objectives set out in the agreement will further the Orlen Group’s strategic goal of achieving carbon neutrality by 2050, while improving Poland’s energy security.

Small modular reactors (SMRs) are electricity generating units which, unlike traditional nuclear power plants, can reach a total capacity of up to 300 MW, are mass manufactured and delivered as a whole to a site to be installed. The mass manufacturing process makes it possible to achieve economies of scale and a relatively short construction time. Small and larger energy systems can be built, depending on the needs. The deployment configuration of SMRs can vary between standalone or multi-module plants, gradually placed in operation, making the entire project easier to finance.

‘There is no turning back from the energy transition. At PKN Orlen, we are guided by the ORLEN2030 strategy, where a strong focus is placed on energy efficiency advances and development of zero- and low-carbon energy sources. We are open to innovative solutions that would build the value of the Orlen Group in the coming years, solidifying its position as Central Europe’s energy transition leader. Realising the great potential of SMRs, we have decided to sign the cooperation agreement with Synthos that is being announced today. We can see in SMRs a potential source of energy both for our own refining and petrochemical operations, and for third parties. SMRs would also provide process heat and support the pursuit of the Orlen Group’s hydrogen strategy. Working to develop SMR technologies, we have a chance to secure a source of zero-emission energy, but also to strengthen Poland’s economy and energy security,’ said Daniel Obajtek, President of the Management Board of PKN Orlen.

Thanks to its cooperation with Synthos, the Orlen Group will gain access to SMR technologies and experience, while the Synthos Group will acquire a solid partner for joint development of small nuclear power plants in Poland. Under the agreement, both companies will jointly carry out research and explore the feasibility of deploying SMRs at the ORLEN Group’s production plants in Poland.

‘We are delighted to be opening another chapter in our relations with the Orlen Group. Thanks to the agreement just signed between the Orlen Group and Synthos, Poland has a chance of securing cutting-edge technologies for zero-emission nuclear power. Their deployment is extremely important to both companies, as well as to Polish industry in general, faced with the challenge of cutting greenhouse gas emissions without compromising the competitive position of Polish business on the European and global markets. Small modular reactors represent a decarbonisation opportunity that, as a complement to renewables, will ensure the security of electricity and heat supplies for both industrial applications and potentially for district heating. As a wholly new segment of the Polish economy, nuclear energy will also spur the creation of a number of modern jobs. Looking at other countries, such as the US, Canada or the UK, which are aware of potential benefits offered by SMRs, they are also committed to promoting SMR development. Our working links with the Orlen Group date back two decades, and today our two companies are joining forces to achieve a shared vision of spearheading the green energy revolution in this decade and beyond. With the ORLEN Group’s involvement, I am confident that our joint pioneering project for Poland will be an unqualified success,’ said Zbigniew Warmuz, President of the Management Board of Synthos.

SMRs are a technology solution that would open up an array of potential synergies for PKN Orlen. Given the directions of its business growth and investment strategy so far, focused, among other things, on fast-paced expansion of the offshore wind power and solar PV business, SMRs could be a carbon-free alternative to the Orlen Group’s existing power generation assets.

Its agreement with Synthos is a response to growing demand for electricity and the need to further reduce GHG emissions in line with the requirements of the European Green Deal and other commitments. Investments in low- and zero-emission energy sources are among the pillars of the Orlen Group’s vision of evolving into a multi-utility powerhouse. The agreement will pave the way for possible future establishment of a joint venture between the two groups to develop zero-emission energy projects.

In addition to SMRs, other opportunities will also be explored for collaborative projects, including joint investments in offshore wind power, an area where the Orlen Group already has extensive capabilities and experience that can support further growth.

​Under the agreement, the partners are also to jointly promote and prepare SMR and MMR deployments in Poland, take action for regulatory alignment and potentially deploy the SMR and MMR technologies. The agreement provides a framework for cooperation between the parties, with detailed rules to be worked out soon.

Polish Briefing: Rail reconstruction will increase the profitability of Mazeikiai Refinery
Polish Briefing
What goes on in Poland on the 17th of February. Related posts: Polish Briefing: A Lithuanian office ends the proceedings against Orlen Lietuva Polish […]
More

Polish Briefing: Construction of GIPL to start in autumn. Gas prices fall thanks to LNG
Polish Briefing
What goes on in Poland on the 9th of May. Related posts: Polish Briefing: There is no conflict between Poland and Denmark. The discussion on borders […]
More