Polish Briefing: Poland and the Baltic States want support for synchronization and Harmony Link | The government wants to ban electricity disconnection in winter 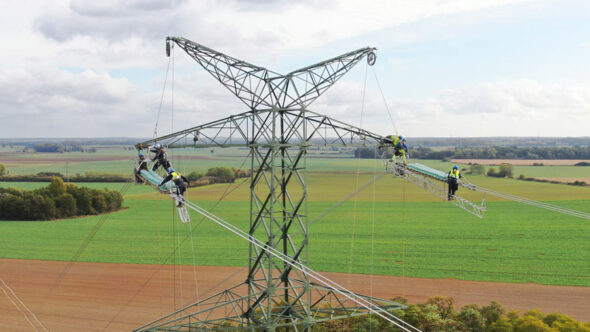 What goes on in Poland on the 20th of October.

Transmission system operators (TSO) from the Baltic states: Litgrid (Lithuania), AST (Latvia), Elering (Estonia) and Poland (PSE) submitted a joint application for co-financing from the Connecting Europe Facility (CEF). These funds are to be used, inter alia, for the construction of the Harmony Link project.

The operators apply for financial support for investments carried out as part of the second part of the second phase of the Baltic countries synchronization project, including grid reinforcement, purchase and installation of frequency control devices and modernization of IT control systems. These investments are crucial for the safe and stable synchronization of the Baltic power systems with the continental European system and for desynchronization with the Russian power system.

The government wants to ban electricity disconnection in winter

The government wants to adopt a draft regulation that would protect vulnerable consumers of electricity and ensure uninterrupted electricity supplies, especially in winter, according to the list of legislative and program works of the Council of Ministers – reports ISB News.

The adoption by the Council of Ministers of the draft amendment to the energy law in this regard is planned for the fourth quarter of this year.

The proposed changes result from the need to implement Directive 2019/944 of 5 June 2019 on common rules for the internal market in electricity. It requires Member States to draft legislation on vulnerable consumers and energy poverty.

– Introducing changes in this area will allow to protect the weakest group of end users, mitigating the effects of their unfavorable economic and financial situation, while ensuring continuity of supplies – we read in the list.

Polish Briefing: PSE and Litgrid approved investment decisions on Harmony Link | […]
Polish Briefing
What goes on in Poland on the 1st of June. Related posts: Polish Briefing: The governments of Poland and Lithuania talk about joint energy projects […]
More