Polish Briefing: Poland discusses Nord Stream 2 and Ukraine with Germany | The Sejm rejected the Senate’s objection to the mining law 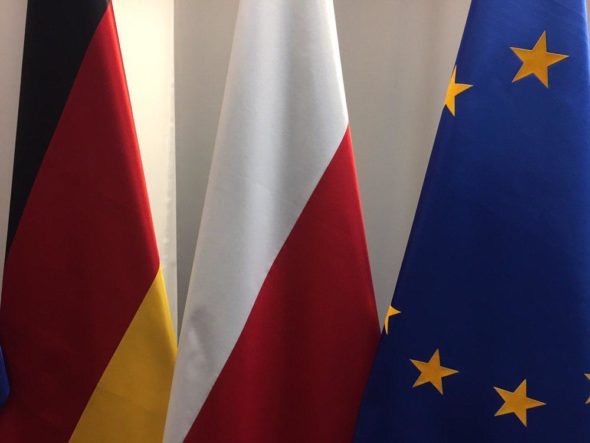 What goes on in Poland on the 28th of January.

On January 25, Szymon Szynkowski vel Sęk, secretary of state in the Ministry of Foreign Affairs, paid a visit to Berlin and Potsdam. The deputy chief of Polish diplomacy emphasized that Poland had doubts as to whether it could still count on Germany and its opposition to Nord Stream 2 in the Ukrainian-Russian conflict.

The Ministry of Foreign Affairs informed that Deputy Minister Szynkowski vel Sęk met with Secretary of State Andreas Michaelis and the Minister of State in this ministry, Katja Keul. The subject of the talks was primarily the current situation of the threat of Russia’s attack on Ukraine. The deputy head of Polish diplomacy emphasized that he had doubts as to whether we can still count on Germany in the Ukrainian-Russian conflict, the release reads.

According to the ministry, such a signal from the German side should be: clear “no” to the launch of the Nord Stream 2 gas pipeline, the existence of which may become a tool of blackmail on the part of Russia, as well as consent to the supply of weapons from Estonia to Ukraine.

In the area of bilateral relations, unresolved topics were raised. The most important of them is the issue of reparations, which is still an open topic for Poland and requires serious dialogue. Deputy Minister Szynkowski vel Sęk stressed the need for the German side to urgently fulfill the provisions of the treaty, including, in particular, the implementation of the most important Polish postulates in relation to the Polish diaspora. In the talks, he pointed out that the German side had ignored the commitments to ensure the financing of teaching Polish as a mother tongue in Germany for many years. He also expressed the expectations of the Polish side with regard to faster progress in the renovation of the Polish House in Bochum. The deputy head of Polish diplomacy also met with members of the German Bundestag: Dietmar Nietan (SPD) and Alexander Lambsdorff (FDP), the ministry informs.

The Sejm rejected the Senate’s objection to the mining law

The Sejm rejected the Senate’s objection to the mining law and the amendment to phasing out coal. The first is to establish a system of public support for the hard coal mining industry for the next 10 years, the second is to gradually limit hard coal mining, suspend and then redeem the financial liabilities of the hard coal mining companies covered by the support system.

On Thursday, the Sejm rejected the Senate’s objection to the bill establishing a PLN 28,8 billion public support system for hard coal mining for the next 10 years. The bill will now go to the president. 236 deputies voted for the rejection of the Senate resolution, 70 were against, 152 abstained. Implementation of the proposed solutions still requires notification to the European Commission.

The act specifies, among others, the rules for granting public support in the form of subsidies to reduce the production capacity of mines, provides for the suspension of repayments and the target cancellation of some of the mining companies’ liabilities towards the Social Insurance Institution (ZUS) and the Polish Development Fund (PFR), and specifies the possibility of increasing their capital by issuing Treasury securities. It also specifies the costs of these activities until the end of 2031, estimated at PLN 28,821 million, not including the costs of the planned debt redemptions.