Polish Briefing: “Poland is not afraid of Russia’s energy blackmail” | PGNiG is getting ready for high gas prices to stay 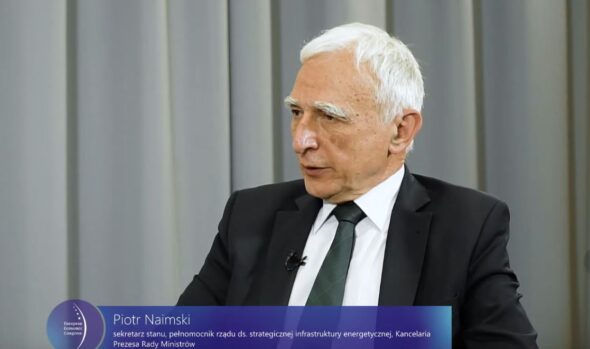 What goes on in Poland on the 27th of January.

Naimski: Poland is not afraid of Russia’s energy blackmail

Minister Piotr Naimski, in an interview on Polish Radio 24, emphasized that the Baltic Pipe will be completed on schedule. “The Baltic Pipe is being built according to schedule. We are already at the final stage. This transmission route will be launched in October this year,” he said.

The minister noted that Poland’s gas storage facilities are full, and therefore we are not afraid of energy blackmail from Russia. “Our gas storage facilities are almost intact. This was possible thanks to PGNiG, but also thanks to the temperature we have this winter. We are not exposed to this blackmail to the same extent as some countries in Western Europe,” he added.

The Government Plenipotentiary for Strategic Energy Infrastructure also mentioned that the current situation on the energy market results from price manipulation by Russia. “We are experiencing price manipulations regarding gas. They also translate into the prices of coal and electricity. This crisis has political origins, it is Russian manipulation,” said the minister.

“The direct influence of Gazprom is extremely important, as it stopped sending gas to Western Europe and caused jumps in prices on the stock markets. This is a political tool that the Russians use once again to achieve political goals,” Naimski said.

PGNiG is getting ready for high gas prices to stay, but does not give up investing in the Baltic Pipe and LNG

PGNiG CEO Paweł Majewski met with journalists and revealed that his company expected gas prices to stay high longer, especially considering no one knows how the situation in Ukraine will develop. However, the company does not intend to give up investments in gas deposits in Norway that would increase access to gas from the Baltic Pipe, nor does it want to quit chartering LNG carries to buy gas from overseas.

Experts quoted by Bloomberg estimated that during the crisis, 40 percent should be added to the highest prices in December due to unexpected events, such as the war in Ukraine. In turn, the USA took the initiative of emergency gas supplies in the event of a supply interruption as a result of Russia’s aggression on Ukraine. “Acting according to market principles is an option,” admitted Paweł Majewski. “Interruption of supply from the East is the least likely scenario. We have prepared analyzes on how long we can use the stored gas and from which directions we can get gas in the event of supply interruptions under the Yamal contract. These directions coincide with the diversification plan: gas terminal, interconnectors and own production,” he explained.

“The current strategy, setting out an action plan until 2026, is being implemented. We continue to grow, as evidenced by acquisitions or investments in extraction,” the head of PGNiG said.

“Despite the savings, there are projects that we treat as a priority. Among them is the provision of gas that we will bring to the country via the Baltic Pipe, a key element in the diversification of gas supplies to Poland, strengthening the protection of energy security, enshrined in our statute,” Majewski assured. Around 2026 and 2027, the output of the PGNiG Group on the Norwegian Continental Shelf will reach approx. 4 bcm per year, i.e. it will be nearly half of the Baltic Pipe capacity. In addition, there are contracts with Lotos, Orsted and a number of smaller contracts – PGNiG lists. The contract with Lotos provides around a billion cubic meters. per year, and the contract with Orsted will be in force from January 1, 2023 to October 1, 2028, and its total volume is approximately 6.4 bcm of gas.

“We have four long-term contracts for gas tankers. We are analyzing the market in terms of chartering new vessels, so that we can independently trade LNG on a global scale,” explained the president of PGNiG. He argued that his company had LNG supplies in its portfolio, which would ultimately reach an annual gas volume of 12 bcm after regasification.