Polish Briefing: Poland is waiting for LNG from USA. Brexit will hit exporters 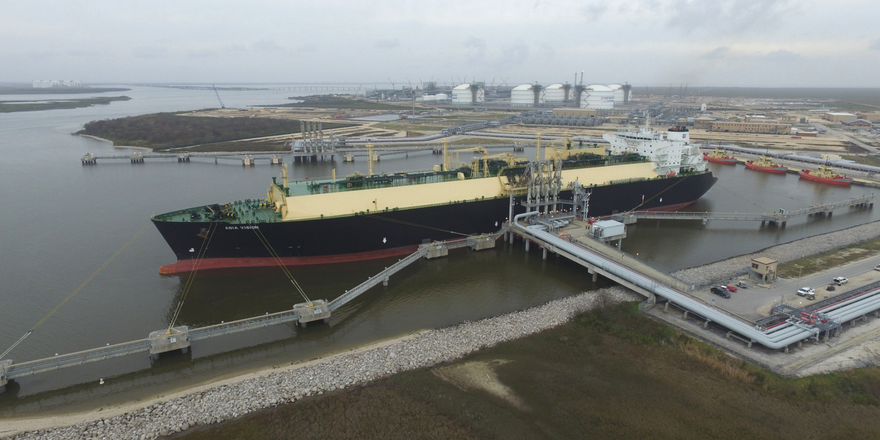 What goes in Poland on 23nd of May.

“Consultations on the passenger transport bill are finished,” said Andrzej Adamczyk, the Infrastructure and Construction Minister on Monday in an interview for Radio Kraków.

“Consultations about the project are finished (…) The changes will introduce a mechanism that will create equal opportunities. A taxi driver fulfills many duties. This person cannot compete with an entity that does not have to adhere to the same rules,” explained Adamczyk when asked about regulating passenger transport. “The goal is to offer equal opportunities to all entities that transport passengers,” he added.

When asked whether a driver and a middleman will have to have licenses, the minister said:

“This is not a project against someone, it is dedicated to the entire industry (…) Passengers cannot be a victim in all of this. Passengers cannot be skinned. We have to retain symmetry. On the one hand people need to be happy with the services, on the other security must be ensured, as well as certainty that the service is provided by secure entities. On the other, competition has to be fair and so does the price,” said Adamczyk.

If the EU does not negotiate a trade deal with Great Britain before Brexit, a couple of Polish industries will be in trouble. Their export to the UK will no longer be profitable.

An analysis conducted by Credit Agricole says that introducing tariffs will mostly impact tobacco products, and thus lower the profit margin by 0.4 – 3.7%. The car industry should brace itself as well because the profit margin of cars, trailers and semitrailers producers, excluding motorbikes, will drop by 0.3 – 4.4%. The food industry will also be impacted as its margin will decrease by 0.2-4.8%.

Brexit’s impact on the margin of other industries should not exceed 0.1%. “At the same time profit margins in all industries will remain positive,” claims Jakub Olipra, Credit Agricole’s economist.

Poland is waiting for LNG from USA

After Europe’s southern states, it’s time for the Netherlands. The first supply of liquefied gas from the US will reach northern Europe’s gas market. Poland is next in line.

Holland bought the gas from Cheniere Energy and is expecting to receive the LNG from the only export terminal that is currently operating in the US. The Sabine Pass terminal is located in the state of Louisiana. The 140 mcm of gas will be delivered by an LNG carrier Arctic Discoverer. According to plan, the ship will reach Rotterdam’s Gate terminal on 7 June. It has already left the LNG terminal and is currently passing through the Gulf of Mexico.

The Sabine Pass terminal was opened last year and since then the majority of the LNG has been sold to Latin America, Africa and Asia. At this point the terminal is not operating at its full capacity yet. The facility has three liquefaction trains.

Government is defending coal in accordance with EU expectations

The Energy Minister wants to create a new support model for heat and power. Despite the fact they will operate on coal, smog should decrease.

The new model would replace the existing certificate system (yellow for producing energy and heat from gas and red for coal), which will end in 2018. “At least we would like to have the assumptions ready after the summer,” said Andrzej Kaźmierski, head of the Renewable Energy Department at the Ministry. “There is a need for this. Investors have to know what to expect,” he added.

This will be in line with the EU doctrine, which sees potential in cogeneration and prefers efficient sources of production. Poland will talk in Brussels also about supporting conventional production, i.e. capacity market and heat and power.

Poland hopes for medium term LNG deal with U.S.
Energy LNG
On June 8, on the premises of the Lech Kaczyński LNG Terminal, a ceremony welcoming the first LNG delivery from the US to Poland took place. Related […]
More