Polish Briefing: Poland wants an investigation into gas price manipulation by Gazprom | KGHM to sell its assets in Chile and the US 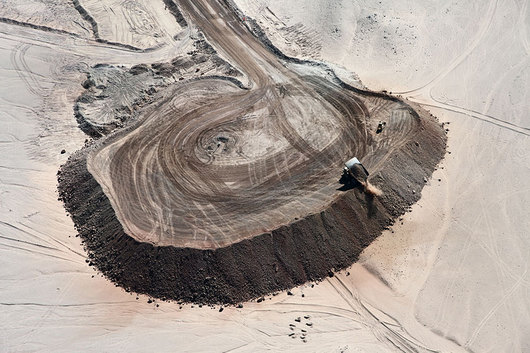 What goes on in Poland on the 5th of October.

The Polish Press Agency reports that Warsaw expects the European Commission to investigate the possibility that Gazprom may be manipulating the natural gas market in Europe, leading to an increase in prices. The issue is to be discussed during the upcoming summit of the Council of the European Union.

The agency’s source stated that the reason for the increase in gas prices is, among others, Gazprom’s policy of limiting gas supplies to individual EU countries, causing a hike in gas prices. They also explained that the capacity booked for the two main gas pipelines that transmit the raw material from Russia to the EU (via Belarus and Poland, and Ukraine and Slovakia) has been almost halved. “The gaps in the transmission of the gas are significant and gas storage facilities have not been filled up, both of which contributes to the prices growing,” said the diplomat.

“Our source also claimed that it is possible that the topic will appear at the informal dinner of EU leaders scheduled for Tuesday, which will be held before the Wednesday EU-Western Balkans summit in Slovenia. They also indicated that there is a good chance that in the conclusions of the EU summit, which will be held at the end of October, there will be provisions on the gas market and Gazprom, including a call to the EC to investigate the actions of the Russian giant, which are resulting in an increase in gas prices,” the Polish Press Agency wrote.

KGHM is “hopeful” as regards the possibility of selling the Carlota mine in the United States and the Franke mine in Chile, said Paweł Gruza, vice-president of KGHM.

“We are in the process of selling our two assets: Carloty and Franke. We are carrying out the process, we have prepared it with great effort, so as to protect the interests of KGHM. We are hopeful, we have an interest in these assets. There are various options – either one entity will buy both mines, or there will be two transactions,” said Gruza in the corridors of the National Economic Summit in Lublin. The VP believes that “companies noticing synergy” are interested in the assets. “I can say that these are not companies from the so-called top ten,” Gruza added.

Polish Briefing: Poland is interested in gas supplies from Lebanon. A possible deal for KGHM
Polish Briefing
What goes on in Poland on the 15th of February. Related posts: Polish Briefing: Denmark rejected appeals against the Baltic Pipe route Polish […]
More

Polish Briefing: Talks on security of gas delivery via Ukraine to take place in autumn
Polish Briefing
What goes on in Poland on the 10th of August. Related posts: Polish Briefing: USA hits with sanctions. Juncker worried about Nord Stream 2 Polish […]
More