Polish Briefing: Poland will increase its coal production | Orlen has time until mid-December to meet the EC’s countermeasures on the merger with Lotos 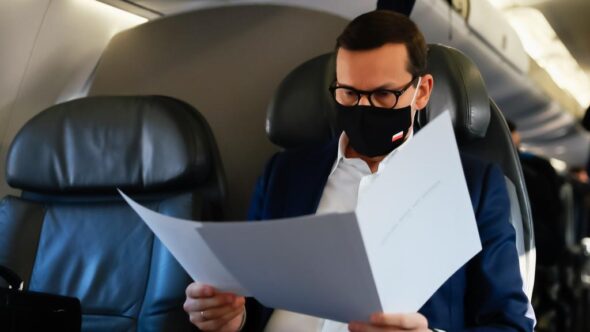 What goes on in Poland on the 27th of June.

Morawiecki in Brussels: Poland will increase its coal production

Prime Minister Mateusz Morawiecki informed during the European Council summit that Poland wanted to increase coal extraction. – We have a very serious energy crisis. Better to prevent than to cure. There are serious instruments that can cut us off from raw materials from Russia, emphasized Prime Minister Mateusz Morawiecki. He added that Poland wanted to increase coal extraction. – It is necessary – the Prime Minister stressed. – EU-wide solutions are needed to prevent the impact of Russia’s energy blackmail. We will raise the issue of launching coal-fired energy, said the Prime Minister.

The head of government emphasized that countries such as Germany, Austria and the Netherlands were returning to coal policy as part of the emergency plan. –We want to increase domestic coal production, announced the head of the government. – It is necessary from the perspective of preparing for the winter– he stressed. – Putin, the Russians want to put pressure on European societies, so that Europe turns its back on Ukraine. In order for the public to turn a blind eye to the crimes of the Russians, added Morawiecki. As he emphasized, “here the role of Poland is very important”.

The time to fulfill the obligations resulting from the EC’s consent to the merger of PKN Orlen with Grupa Lotos is six months – said Daniel Obajtek in an interview with journalists.

– Now we are waiting for the decision of the General Assembly, the registration is taking place, but the time is at the discretion of the court. After the Commission’s decision, we have six months to meet the countermeasures, which is until mid-December. At the same time, petrol stations will be acquired, including in Hungary from Hungarian MOL – said the president of PKN Orlen Daniel Obajtek in an interview with journalists in Kraków.

Obajtek also confirmed the intentions of Orlen, which plans to become the second company in terms of the number of petrol stations on the Slovak market. – We are in talks about expanding our portfolio of petrol stations in this country. We recently acquired 25 new stations. We are not talking with just one business, but with many, with groups and individual owners. Currently, with 50 stations, we are in the fourth place, but we want to be the runners-up – said the president of PKN.