Polish Briefing: Poland will look into the gas leak in the Czech Republic as the dispute over Turów continues | KGHM will not increase its involvement in Sierra Gorda, will focus on the energy sector in Poland instead 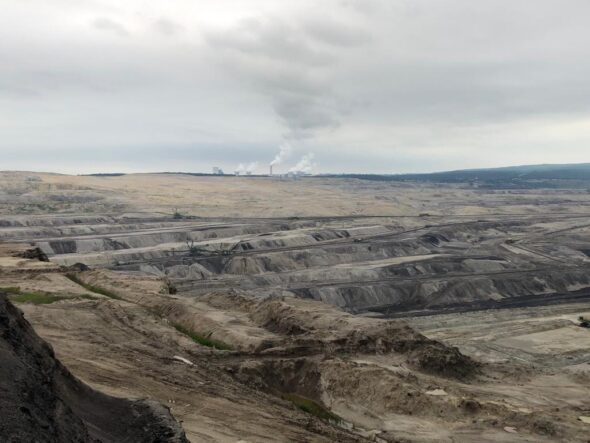 What goes on in Poland on the 25th of November.

Poland will look into the gas leak in the Czech Republic, while the dispute over Turów continues

The Minister of Climate and the Environment, Anna Moskwa, announced that the services subordinate to her ministry will investigate a gas leak in the Czech city of Trinec, four kilometers from the Polish border. However, there is no news of talks about the Turów Mine.

On November 23, at night, there was a failure of the gas tank in the Třinec steel plant. Poles will examine its impact on the environment on the Polish side.
Poles are arguing with the Czech Republic over the environment in a case before the Court of Justice of the European Union regarding the process of extending the mining concession for the Turów Mine, which is located on the border with Czechia. Talks on this subject have so far not brought a resolution, despite the preliminary declaration of the Ministry of Climate that an agreement may be reached soon.

KGHM will not increase its involvement in Sierra Gorda, will focus on the energy sector in Poland instead

KGHM has informed in a latest report that it has not exercised its pre-emptive right to Sumitomo Metal Mining shares in Sierra Gorda responsible for the copper mine of the same name in Chile. The company wants to focus on energy projects in Poland, such as SMR and photovoltaics.

“We are faced with the implementation of strategic projects, primarily in the area of energy. Small nuclear reactors (SMRs) and renewable energy projects are our key tasks for the coming years. We will achieve energy independence by 2030. That is why we focus on the owned assets and on significantly increasing their efficiency. We also care about the development of the resource base in Poland. In line with the current strategy, we care about the long-term, but safe growth of the company,” says president Marcin Chludziński in a commentary for BiznesAlert.pl. “We have spectacular production increases in Sierra Gorda thanks to an effective management change, the introduced reforms, and a great team of managers from Poland. We are ready to work effectively with new potential investment partners,” he assures.

KGHM will focus on the energy transition, including the use of small SMR nuclear reactors and photovoltaics. It wants to further maximize its profit from Sierra Gorda, but without increasing its involvement.

Polish Briefing: The tenth round of talks between Poland and Czechia the Turów Mine took […]
Polish Briefing
What goes on in Poland on the 19th of August. Related posts: Polish Briefing: Poland is interested in gas supplies from Lebanon. A possible deal for […]
More