Polish Briefing: Polish offensive for nuclear and gas in taxonomy in Brussels | The government calculates Fit for 55 could kill the economy 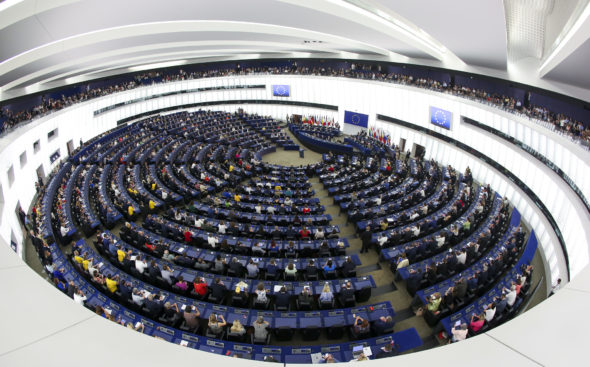 Plenary session - Opening of the sitting

What goes on in Poland on the 21st of January.

Polish offensive for nuclear and gas in taxonomy in Brussels

The letter of Jerzy Buzek and Bogdan Rzońca, Polish MEPs, supported by almost 80 members of the European Parliament, calls on Brussels to include gas as a transition fuel and nuclear power in the taxonomy, i.e. a set of regulations determining what investments are sustainable and deserve financial support.

The authors of the letter remind that the new target of reducing CO2 emissions by 55 percent by 2030 at the European Union level requires transitional solutions in some countries, which include natural gas and nuclear energy. ‘Nuclear energy and highly efficient gas production and cogeneration are stable energy sources that can drive a move away from fossil fuels in power plants, improving Europe’s air quality and significantly reducing greenhouse gas emissions,’ they write. In their opinion, improper taxonomy entries will not reduce CO2 emissions and will increase energy prices.

“The taxonomy should allow for efficient replacement of coal with natural gas as a transitional solution where other options are limited,” write the authors of the letter, referring to the situation in Poland, which, while waiting for nuclear energy, will replace coal with gas in the 2020s. “The development of nuclear energy will help regions currently dependent on fossil fuels for years to come,” the letter claims.

According to Buzek and Rzońca, the requirements for gas energy in the taxonomy are too strict, because they assume the replacement of natural gas with the so-called renewable gases by the end of 2035, although there are no reliable studies on the availability of hydrogen or biomethane at the time. It is also not possible to give the same technological guidelines to gas unit that would replace coal, because gas-fired units usually have greater electric and thermal power.

The United Poland, a government coalition member, is now in the midst of an offensive campaign in the media to persuade the Prime Minister Poland to veto the Fit For 55 package. According to the unofficial findings of BiznesAlert.pl, the Polish government estimated that some of its solutions may lead to the collapse of entire sectors of the economy. Members of the United Poland want a Polish ETS to be established.

A report published by the Pekao SA bank suggests that the implementation of the Fit for 55 package, aimed at reducing CO2 emissions by 55 percent in the European Union by 2030, will entail costs for Poland of over EUR 527 billion.

Former Deputy Minister of State Assets from the United Poland, Janusz Kowalski, has warned in the Gazeta Polska weekly that the rising prices of CO2 emission allowances, currently responsible for almost 60 percent of the energy price in our country, whose power generation depends on coal at 70 percent, may account for as much as 90 percent of the energy bill in the coming years . “This means that the price of energy in Poland will increase drastically in the coming years, because with the continuation of the current EU climate policy, in the coming years this tax may constitute as much as 90 percent of the energy price in Poland,” he said. He called for supporting the resolution his party adopted on 10 January to withdraw Warsaw from the mechanisms of the EU climate policy, and to take action for the energy transformation ensuring the security of the country.

“When the Fit for 55 package begins to be implemented, Poland will regress. Energy prices will soar to unprecedented levels, and with them inflation. For millions of Polish families, this will mean not only problems with heating the house or paying the electricity bill, but simply poverty,” warned the leader of United Poland and Minister of Justice Zbigniew Ziobro. “We can no longer burden the Poles and the Polish economy with the Emissions Trading System. If the Union does not want to radically reform it and prevent it from being plundered by the rich, we should suspend it,” he added.

Polish Briefing: Government removes the legal loophole that the Czechs used in dispute […]
Polish Briefing
What goes on in Poland on the 2nd of June. Related posts: Polish Briefing: No CO2 settlement between Poland and Brussels. Protecting coal together […]
More