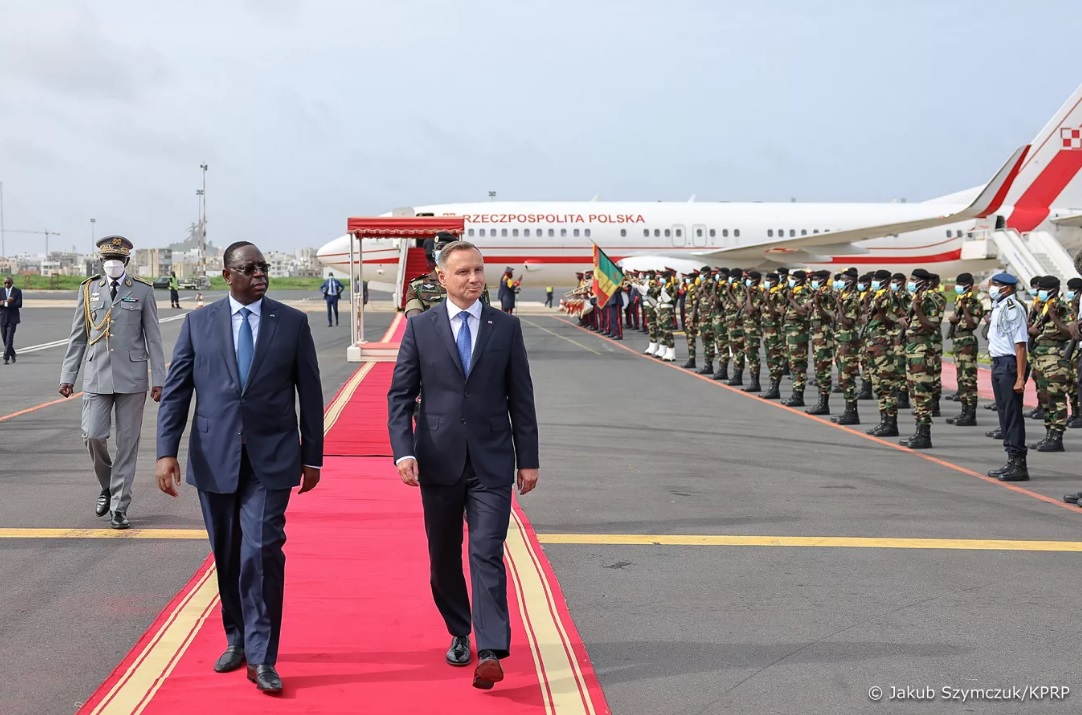 What goes on in Poland on the 9th of September.

President Andrzej Duda arrived in Senegal on Thursday. This is the third and last stop of the Polish leader on his journey through West Africa, where he conducts talks on the supply of energy resources to Poland, Russian food blackmail and Russian propaganda.

During his visit to West Africa, Andrzej Duda has visited three countries: Nigeria, Ivory Coast and Senegal. The first two visits were of a working nature, the last – official, therefore the president will be accompanied by the first lady, Agata Kornhauser-Duda.

The Minister of National Defense, Mariusz Błaszczak, announced on Twitter that an inquiry was sent regarding the purchase of AH-64E Apache attack helicopters from the Americans.

Deputy Prime Minister Błaszczak emphasized that these helicopters were to be in the latest, available version – the Guardian. The helicopters are to be part of the land forces’ aviation. The new machines would be replaced by the well-worn Soviet Mi-24s, of which about 30 are currently in service.

Polish Briefing: President Duda goes to Egypt to discuss food and energy crisis | Poland […]
Polish Briefing
What goes on in Poland on the 31st of May. Related posts: Polish Briefing: Poland pays for gas 30-40 per cent more than the West. Nord Stream 2 […]
More