Polish Briefing: President Duda goes to Egypt to discuss food and energy crisis | Poland wants to import energy from Ukraine and will introduce it to the IEA 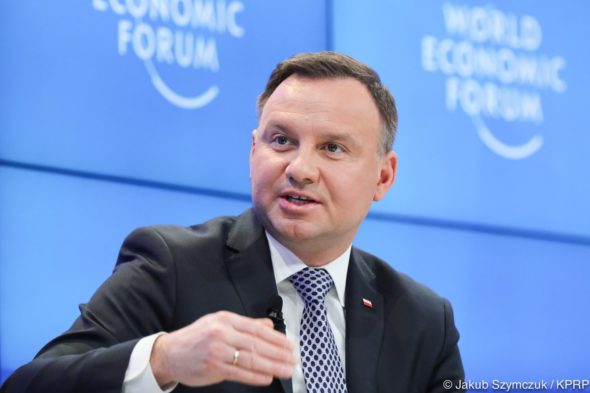 What goes on in Poland on the 31st of May.

President Andrzej Duda will open the Economic Forum in Egypt, during which participants will talk about the food and energy crisis. – We know that Egypt is completely dependent on imports from Ukraine and Russia and is looking for forms of support – said the deputy head of the KPRP, Piotr Ćwik

– President Andrzej Duda will spend the next days in Egypt together with the First Lady. One of the most important topics to be discussed during President Duda’s visit to Egyptian diplomacy is the food crisis in connection with Russia’s attack on Ukraine. – We know that Egypt is completely dependent on imports from Ukraine and Russia and is looking for forms of support – said Piotr Ćwik, deputy head of the KPRP. President Duda added that the President of Ukraine, Volodymyr Zelensky, asked him to “raise a few topics important for Ukraine”.

Poland wants to import energy from Ukraine and introduce this country to the International Energy Agency.

– We have the Chmielnicki-Rzeszów connection, which is currently unused. We are interested, as is the Ukrainian side. We are talking about selling energy from Ukraine to Poland, which will support our stability and allow them to use the synchronization already carried out. They are already part of the continental system – revealed Minister of Climate Anna Moskwa in an interview with BiznesAlert.pl.

– Poland also wants to introduce Ukraine to the International Energy Agency at the next meeting in Paris. To begin with, we would like to report her as an observer. We already have the support of the head of IEA – said the minister.

Polish Briefing: Poland discusses Nord Stream 2 and Ukraine with Germany | The Sejm […]
Polish Briefing
What goes on in Poland on the 28th of January. Related posts: Polish Briefing: Germany “deprived” EU institutions in the case of Nord […]
More