Polish Briefing: Rafako declares bankruptcy due to a dispute over a unit in Jaworzno. Tauron proposes talks 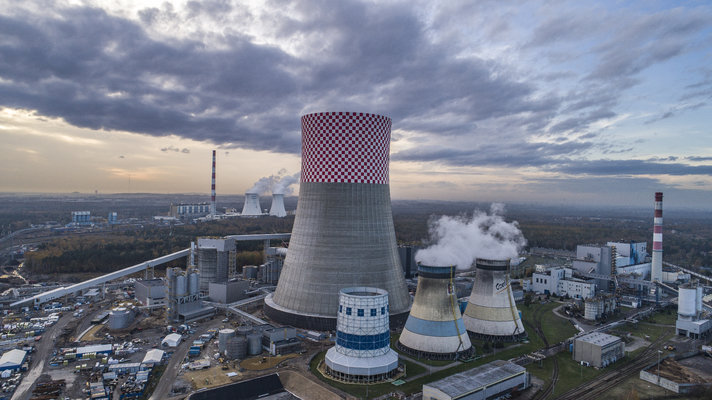 What goes on in Poland on the 13th of January.

The president of Rafako, Radosław Domagalski-Łabędzki, explained at a press conference the issue of preparations for the declaration of bankruptcy by his company. He argued that Tauron is not open to discussing the repair of the 910 MW unit at the Jaworzno Power Plant, whose operation was often disrupted by failures. Rafako believes that the cause of the failure is the combustion of coal of inadequate quality.

– Rafako survived communism, the flood, transformation, but it did not survive the president of Tauron (Pawel Szczeszek – ed.). Tauron’s actions were calculated for such an effect and they succeeded. Issuing a fine of PLN 1.3 billion is unprecedented. Polish state-owned companies do not fight with foreign concerns, but they destroy domestic ones. There is no possibility for any court to award such a contractual penalty. The question is why Tauron decided to take such an aggressive step. In mediations, there has never been a signal regarding a contractual penalty – said the president of Rafako, Radosław Domagalski-Łabędzki.

– A settlement is impossible. Tauron knows that it will not get a single zloty from Rafako if we effectively block the guarantees. They did this to prevent a settlement. They also hit our consortium member, Mostostal Warszawa, he added.

– According to our estimates, the removal of defects in the unit of the Jaworzno Power Plant costs about PLN 20 million. As part of our responsibility, we would have removed these defects, but we were not allowed to do so, now the fine has been set at PLN 1.3 billion, which is clearly bad faith. Some politicians gave permission for Rafako to declare bankruptcy. We have gone through a very difficult restructuring process. Only now has Tauron rolled out the heaviest guns to prevent us from completing this process. I propose to disclose all information about Unit 910, why it does not work as it should, why the malfunction occurred – we want it to be disclosed. Thanks to Rafako’s bankruptcy, no one will ask about the reasons for the failure of the unit. It was determined that the cause was the use of poor-quality coal, which is why Tauron issued a death sentence on us – emphasized the president of Rafako.

A meeting of representatives of Tauron Wytwarzanie and Rafako at the headquarters of the General Prosecutor’s Office is scheduled for Monday. – The actions of the owner of the 910 MW unit are guided by care for the well-being of the unit in Jaworzno and the stability of the national power system. Tauron also remains open to talks with Rafako, reads Tauron’s press release.

– If Rafako undertakes constructive talks leading to a settlement, it is possible that Tauron Wytwarzanie may consider suspending further legal actions resulting from the issuance of the note – says Trajan Szuladziński, President of the Management Board of Tauron Wytwarzanie. – If Rafako extends the bank guarantees, we can continue to talk and the note will be frozen. The contractual provisions, including those contained in the settlements on the basis of which the amounts of penalties were calculated, had been known to Rafako for at least two years, yet they did not want to conduct constructive settlement talks in good faith, says President Szuladziński.

– Tauron Wytwarzanie has supported Rafako in the process of building a 910 MW unit in Jaworzno since 2014, deciding on far-reaching compromises, as evidenced, among others, by extending the schedule many times – we read.
– We remain open to mediation, the aim of which is to reach an amicable settlement of all disputes. However, contrary to Rafako’s declarations, we do not see any real actions aimed at completing the project, but only actions that are supposed to obscure the situation and cover the real problems related to the construction of the unit, i.e. construction and design defects that Rafako failed to deal with – says the CEO Szuladzinski. – We also continue to declare support for Rafako’s subcontractors and employees involved in the process of building the unit in Jaworzno – adds President Szuladziński.