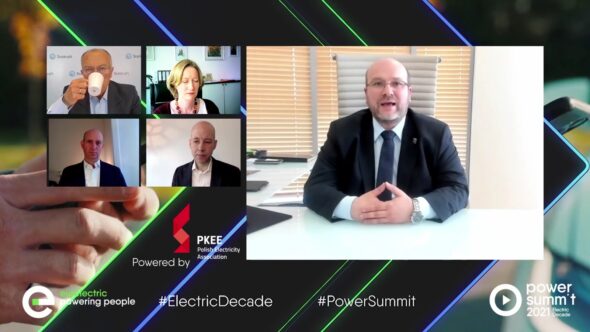 What goes on in Poland on the 27th of May.

– Energy system integration, as emphasized in ‘EU Strategy for Energy System Integration’, means coordinated planning and operation of the energy system ‘as a whole’, across multiple energy carriers (such as electricity, heat, gas), infrastructures, and consumption sectors. It should provide additional efficiency and also facilitate the decarbonization of sectors which are difficult to decarbonize. A truly integrated system should find synergies between all technologies which might be useful to achieve European goals – said the CEO of Tauron Paweł Strączyński.

– Electrification in all sectors will be important to boost decarbonization in Poland as well as in the whole EU. Thus the electricity sector, including large companies, will play a major role in the system integration. Deployment of renewable energy sources is of key importance, particularly onshore and offshore as well as PV power plants. Tauron assumes large investments in RES until 2025: (additional 900 MW – wind energy, 300 MW PV – compared to 2018) and involvement in offshore projects on Baltic Sea. Moreover, TAURON is one of the leaders in the field of connecting distributed generation with 160 000 grid-connected micro-installations and 1 GW capacity. We believe that deployment of renewables on a large scale needs to be accompanied by the parallel development of the infrastructure especially at distribution level – said Strączyński.

Equinor will build an offshore service port in Łeba

Equinor has finalized the purchase of a plot of land in Łeba, where a service port for offshore wind farms in the Baltic Sea will be built. Equinor is the first offshore investor in Poland, which, together with Polenergia, indicated the location of the maintenance and service base. PKN Orlen is also planning a service base in Łeba. Equinor is responsible for the construction and operation of the service port, which will become the base for offshore wind farms implemented by the joint venture of Equinor and Polenergia, and may also support further projects in the future.

Equinor and Polenergia are jointly developing three offshore wind farm projects. On May 4, 2021, OWF Bałtyk III and OWF Bałtyk II, with a total installed capacity of 1,440 MW, received decisions of the Energy Regulatory Office granting the right to cover the negative balance for electricity generated and fed into the grid. The distance to the shore in a straight line for future farms will be 22 to 37 km, and the depth of the Baltic Sea in the area of ​​both farms is 23 to 41 meters.