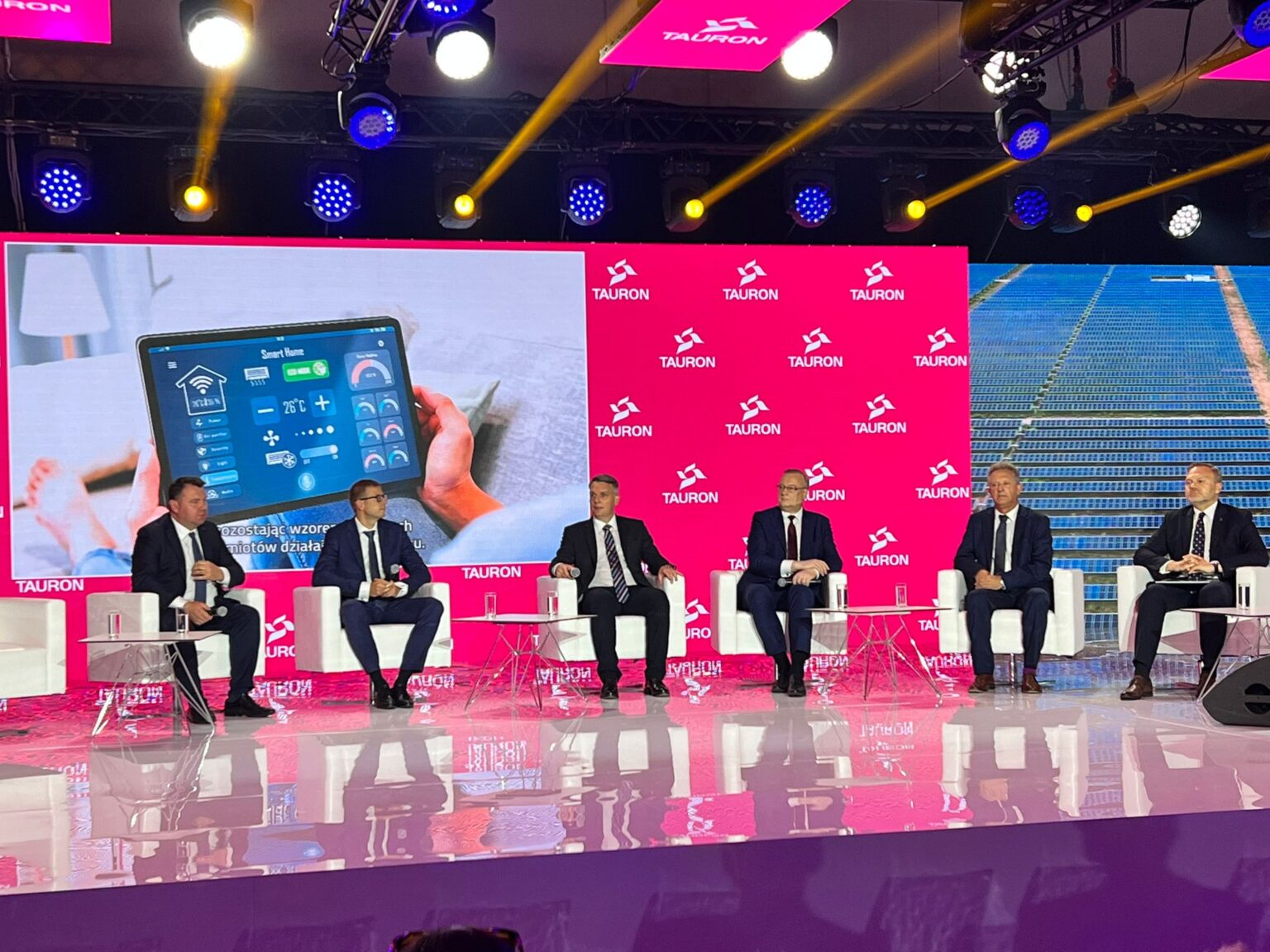 What goes on in Poland on the 23rd of June.

Tauron wants to increase the number of Renewable Energy Sources in its portfolio six times and reduce CO2 emissions by 79 percent. This company presented its new strategy at Kongres 590 in Nadarzyn.

The new strategy is to generate PLN 4.5 billion in EBITDA in 2025 and PLN 6.5 billion in 2030. It assumes acceleration of the development of renewable energy sources. Tauron wants to have 1,600 MW in renewable sources in 2025: wind farms, photovoltaics and hydropower plants. In 2030, it will generate 3700 MW of green energy, which will constitute 79 percent of the generation mix of this group. Tauron wants to have 1,100 MW in wind energy and 1,400 MW of photovoltaics. At the beginning of the 2030s, it wants to launch offshore wind farms in the Baltic Sea with a capacity of about 1000 MW. Tauron will also consider investments in pumped storage and virtual power plants. It intends to provide all customers with smart meters by 2030.

The steep decline in CO2 emissions is to be made possible not only thanks to the development of renewable energy sources, but also the transfer of coal assets to the National Energy Security Agency. Gas is to stabilize the supply of energy from renewable sources and be a less emitting source of heat in cogeneration, which could potentially replace the currently operating coal-fired units. Tauron is also considering developing small nuclear reactors. Thanks to all these measures, the share of coal in Tauron’s production mix is ​​expected to drop from 64 to 10 percent in 2030.

Enea signed a letter of intent on SMRs with Last Energy

Enea signs a letter of intent on cooperation with the American company Last Energy on modular nuclear reactors in Poland.

– Small nuclear reactors are the future and an alternative to nuclear energy as we know it. I am glad that Enea is another company that follows this path, joins Orlen and KGHM, perhaps in the future other companies will follow this path – said Deputy Prime Minister Jacek Sasin during Kongres 590.

Bret Kugelmass, CEO of Last Energy, stated that energy security and clean energy are an opportunity for both countries. – Cooperation with Enea is an opportunity to create the first fleet of microreactors – he emphasized.
– Enea Group’s strategy is to achieve climate neutrality by 2050. One of the outputs is small modular reactors in technology developed by Last Energy. This letter will start the road towards zero-emission, modern energy. Small reactors will provide energy to the industry and contribute to the production of energy in a sustainable way – said Paweł Majewski, head of Enea.

Polish Briefing: NPP construction to start in 2026. “No” to […]
Polish Briefing
What goes on in Poland on the 15th of January. Related posts: Polish Briefing: What is the future of hard coal? Government’s new plans. Polish […]
More