Polish Briefing: The agreement with GE is to allow Orlen to obtain further offshore concessions | Orlen may not close all mergers by the end of the year 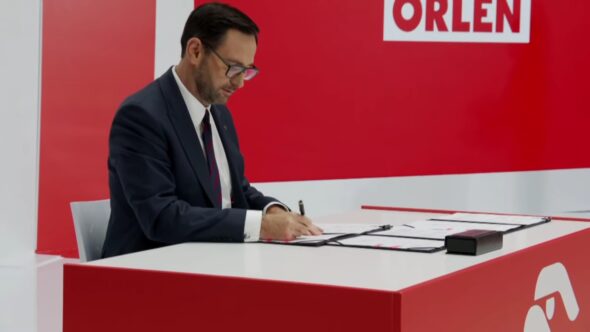 What goes on in Poland on the 26th of August.

GE is to be a technology partner in subsequent licenses, provided, however, that Orlen acquires the said licenses, which should be distributed by the end of the year. The cooperation may potentially allow for the construction of a turbine plant in Poland, although President Obajtek noted that it would depend on the size of the concession and the size of the order itself. The agreement is to allow the supply chain to be fastened together with turbines, masts and propellers.

Obajtek emphasized that PKN Orlen is also still looking for investment partners for other offshore projects and concessions.

The government wants Orlen to close the merger process with the Lotos Group by the end of the year, although Jacek Sasin, Deputy Prime Minister and Minister of State Assets, emphasized that he could not a guarantee that. Orlen’s takeover of Polskie Górnictwo Naftowe i Gazownictwo (PGNiG) may take until mid-2022.

“The acquisition of PGNiG by PKN Orlen is unlikely to take place this year. We can expect that this process will be completed by mid-2022, while the acquisition of the Lotos Group should be completed sooner,” said Jacek Sasin, Deputy Prime Minister and Minister of State Assets.
He emphasized that in the case of PGNiG, the merger may not be successful this year due to a complicated process related to PGNiG’s gas production concessions. “The point is to ensure the continuity of these concessions. I think it will happen by the middle of next year,” Sasin told journalists.

The Lotos Group may be acquired faster. “Our ambition is for PKN Orlen to finalize this process by the end of 2021, but I cannot guarantee it,” added the Deputy Prime Minister. The European Commission extended the implementation of countermeasures on the merger until mid-November.