Polish Briefing: The Bucharest Nine talks with the US about the security of NATO’s eastern flank | Blocking coal supplies by trade unions does not harm power plants for the time being, but the threat is growing 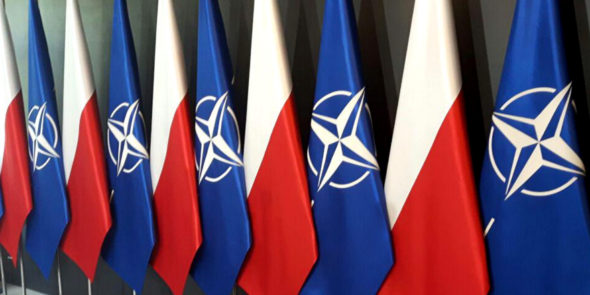 What goes on in Poland on the 8th of January.

Poland’s Foreign Minister Zbigniew Rau talked about the security situation around Ukraine caused by Russia’s actions by phone with the US Secretary of State, Antony Blinken, and his counterparts from the countries of NATO’s eastern flank.

The ministers agreed that a decisive and united response from NATO and EU countries would be an appropriate response to Russia’s demands made on Europe and the United States. Minister Rau emphasized that the right place for talks on security in Europe is the Organization for Security and Cooperation in Europe, chaired by Poland as of January 1 this year.

The US Secretary of State assured that no decisions concerning Central and Eastern Europe could be made without consultations with the countries of the region. The conversation, conducted at the initiative of the United States, made it possible to agree on joint actions in the face of the tense situation around Ukraine and NATO’s eastern flank. This is another meeting as part of this group after the talks of the presidents of the Bucharest Nine with President Joe Biden and the talks of security advisers for the presidents of these countries in December 2021.

Trade unions blocking coal supplies has not harmed power plants yet, but the threat is growing

The union blockade of coal supplies to Polska Grupa Górnicza has not hurt Polska Grupa Energetyczna and Tauron so far. However, most of the Kozienice Power Plant units will remain shut down this week. PSE warns of problems with the replenishment of coal stocks.

Polska Grupa Górnicza ensures that the power plants of Polska Grupa Energetyczna will not run out of coal. Tauron did not note any problems with the work of his facilities. There is a blockade of coal supplies from Polska Grupa Górnicza by trade unions demanding compensation for the work of miners on weekends from September to December, and an increase in the wage fund. The next talks will take place on January 10.

Tauron has no problems with coal supplies, because those from Polska Grupa Górnicza account for one third of the demand. The rest comes from the Tauron mines in Jaworzno, Brzeszcze and Libiąż. Polska Grupa Energetyczna ensures that it is prepared to limit supplies. Enea told BiznesAlert.pl that the significant increase in energy demand in December 2021 deprived it of the necessary reserves, and it was one of the reasons for the shutdown of the Kozienice Power Plant units. “Stoppages are caused by current repairs and limitations related to the reduction of fuel stocks. The situation results from a significant increase in electricity production in connection with a much higher than planned demand of the National Energy System,” explained Enea. Information from the Polish Power Exchange on power losses suggests that most of the Kozienice Power Plant units will remain shut down until the end of the week.