Polish Briefing: The CJEU decision on Turów lignite mine is “impossible to implement”, says PGE | The Turów dispute at EU summit 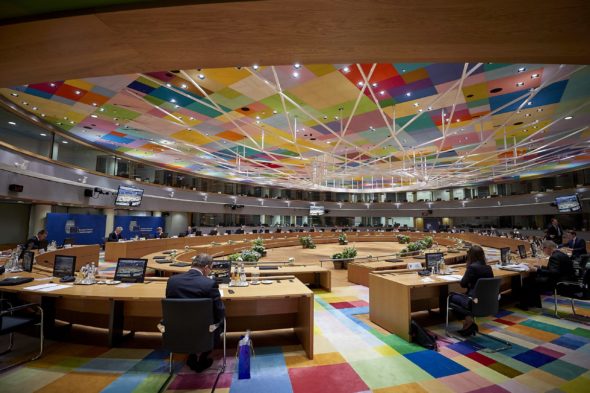 What goes on in Poland on the 24th of May.

PGE: the CJEU decision on Turów lignite mine is “impossible to implement”

The decision on environmental conditions was issued in January 2020 after the completion of extensive cross-border consultations with the Czech Republic and Germany and after meeting a number of conditions set out in the Polish and European law. It was a key element in extending the license in order to continue legally conducting mining activities until 2044 in an area half the size of the area specified in the 1994 license,” Polska Spółka Energetyczna (PGE) reports. According to the company’s representatives, the CJEU decision is “impossible to implement”.

“We provide another document confirming that the Turów mine conducts mining activities in accordance with the provisions of the Polish and European law. On our side, we have done everything necessary for the operation of the Turoszów complex to run smoothly and at the same time to ensure energy security in millions of Polish homes. Let’s stick to the facts – we have complied with all procedures and have all the necessary documents to legally conduct further business. The CJEU’s decision is unfair and does not take into account the arguments of the Polish party that was a party to the proceedings. As the PGE Group, responsible for the country’s energy security and being the largest employer in the Turoszów region, we cannot allow the mine to end its operations immediately. Transformation is not about arbitrary decisions or changes introduced overnight,” Wojciech Dąbrowski the CEO of PGE said.

The EU summit on climate with the dispute over Turów in the background. Poland will discuss it in V4

European Union leaders will talk on May 24 and 25 about green financing for the energy transition. According to BiznesAlert.pl, the leaders of the Visegrad Group will consult a day earlier and it will be an opportunity to talk about the Polish-Czech dispute over the Turów Mine.

Reuters found a draft of the document to be adopted by EU leaders. It shows that the emission reduction target in individual countries is to remain dependent on wealth as measured by Gross Domestic Product per capita under the Effort Sharing Regulation. It describes the goals of reducing CO2 emissions outside the energy sector: in transport, heating and more. National targets must be updated to match the new EU target.

The talks will be preceded by consultations of the Visegrad Group countries on May 24 in Brussels at the Polish Embassy. BiznesAlert.pl reported over the weekend that it will be an opportunity to talk about the dispute between the Czech Republic and Poland regarding the Turów Mine. The Court of Justice of the European Union decided on a preventive measure pending its resolution, and ordered the operation of the mine to be stopped. Poland is not going to surrender. The Gazeta Wyborcza daily has ascertained that Poland may request that this interim measure be changed due to a change in circumstances.

Polish Briefing: PGE GiEK argues the expansion of the Turów mine was agreed with Germany
Polish Briefing
What goes on in Poland on the 22nd of January. Related posts: Polish Briefing: Czechia threatens Poland with a complaint to Brussels for the lignite […]
More