Polish Briefing: The French will fight for nuclear power in Poland in the new EDF office in Warsaw | MAP is preparing a mechanism to support the separation of coal assets 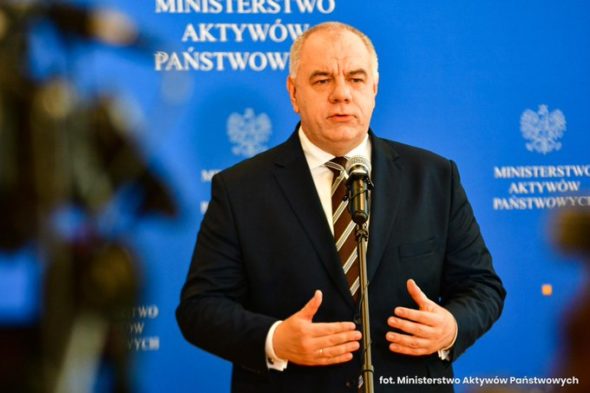 What goes on in Poland on the 13th of July.

The French are challenging the US. They will fight for nuclear power in Poland in the new EDF office in Warsaw

French EDF intends to challenge the American Westinghouse. The companies, together with the Korean KHNP, are competing for the implementation of the Polish Nuclear Power Program with the first nuclear reactor in 2033 and, ultimately, 6-9 GW of nuclear power by 2043. The company has recently opened an office in Warsaw.

The French Embassy in Poland organized a meeting with journalists on the occasion of the inauguration of the new EDF office in Warsaw, whose activities will be aimed at preparing an offer for the construction of a nuclear power plant in Poland and on the occasion of the appointment of the new Managing Director of the EDF office in Poland – Philippe Crouzet, High Representative for French-Polish Cooperation in the Field of Civil Nuclear Energy. The American Westinghouse has also opened an office in Warsaw. The competing companies have declared their readiness to transfer the technology of building a nuclear power plant to Poland and support the financial model for projects of this type.

Ambassador Frédéric Billet said that France wanted to get involved in the Polish nuclear program. His country is going to offer a financial model. He emphasized the political aspect of potential cooperation with Poles. “I am struck by the convergence of the positions of Poland and France on this matter. When it comes to taxonomy, the French president joined the prime ministers of the Visegrad Group in a letter to the European Commission with an appeal to include nuclear power in the taxonomy,” the ambassador said. “France depends on nuclear energy, and Poland depends on coal. The goal is the same, however, that is to diversify the energy mix. We will be two European countries for which nuclear energy is important. Germany gave up this source of energy, and Great Britain left the European Union. France supports Poland’s entry into the nuclear club. It will be a way to balance the situation,” Philippe Crouzet said. “Our countries jointly defended nuclear power in Europe. Nuclear energy has many opponents on the continent,” he added. “France wants to create a friendly environment for this project. It is about creating cadres that will cooperate,” added the French ambassador.

The Ministry of State Assets (MAP) is working on the preparation of a support mechanism for the National Energy Security Agency (NABE), said Jacek Sasin, Deputy Prime Minister and Minister of State Assets. The NABE project will soon be presented to the Council of Ministers.

“In today’s reality, especially the cost of CO2 allowances, we know well that NABE will not be a company operating on the basis of market rules. That is why we are preparing a support mechanism. The form of support will depend on reaching a consensus with the European Commission,” Sasin said during the “Silesian Order” conference.
The deputy prime minister added that the project to establish a new company that will take over all coal-producing assets and lignite mines has already been subject to public and internal government consultations. “The NABE project will be presented to the Council of Ministers soon,” Sasin promised. According to the deputy prime minister’s statement, the operating strategy of the new entity implies the introduction of a mechanism that will allow the gradual phasing out of coal-fired units when new power units are introduced into the system. “It is important not to endanger the security of supply for the industry and individual customers and to ensure that the price of energy allows the Polish economy to remain competitive,” Sasin emphasized.