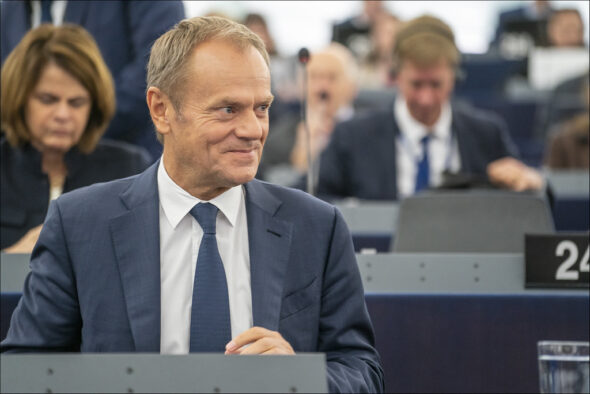 What goes on in Poland on the 15th of June.

The government sets a price for coal

At the conference, Minister of Climate and Environment Anna Moskwa presented a support plan to support coal purchases in the times of the energy crisis. Guaranteed price of coal for households, cooperatives and communities. The guaranteed price in the program is PLN 996.60 per ton. There will be three tons per house.

A law has been adopted that guarantees the price of coal on the Polish market – revealed the Minister of Climate at a press conference. – Today the supply of coal is a big challenge. This coal flows from different countries to meet our demand. It is often more expensive coal than on our market. In addition to increasing production and supporting individual customers, there is also imported coal. To even out the prices for the less wealthy, because less wealthy farms burn coal, which can be seen in the building records and the cover allowance. We decided on the equalization mechanism at the level of entities that import this coal to Poland. The guaranteed price is PLN 996.60. This is the average of the Central Statistical Office for last year and comparable to the price of coal from Polish mining, including Polska Grupa Górnicza, said the Minister of Climate.

The former prime minister and currently the leader of the Civic Platform, Donald Tusk, decided that he was able to reduce the price of gasoline in Poland to PLN 5.19 per liter. Orlen responds by recalling the costs of Russia’s war against Ukraine visible in the wholesale prices of fuels and the rules for determining them.

– Orlen’s and Lotos’s margins must be lowered immediately. The data published by these companies clearly show that there has been a sharp increase in their profits since January. At the beginning of the year, the margin on a barrel was $ 1.9, and in May it was over $ 59! It is striking – said Donald Tusk in NaTemat.pl. – You just have to make decisions, in this case decisions about the minimum possible margin for companies such as Orlen or Lotos. Then you can keep the price increase in check – he added. According to the former prime minister, such a move would result in a gasoline price of PLN 5.19 per liter.

– Implementation of the assumptions declared by Donald Tusk, in the opinion of the Company, would destabilize the Polish economy and expose the largest Polish company to losses – reports the Orlen press office in response to BiznesAlert.pl’s questions. – The interview with Donald Tusk is partly based on generalizations, which in relation to specific market mechanisms, can easily lead to misinformation about the activities of companies, in this particular case of fuel companies. However, we perceive it as a political maneuver, and not as a deliberate attempt to undermine the company’s operations based on market principles and legal regulations, we read in Orlen’s response.