Polish Briefing: Koreans want to contribute to the nuclear power plant in Pątnów | The government will deal with the gas shield at the next meeting 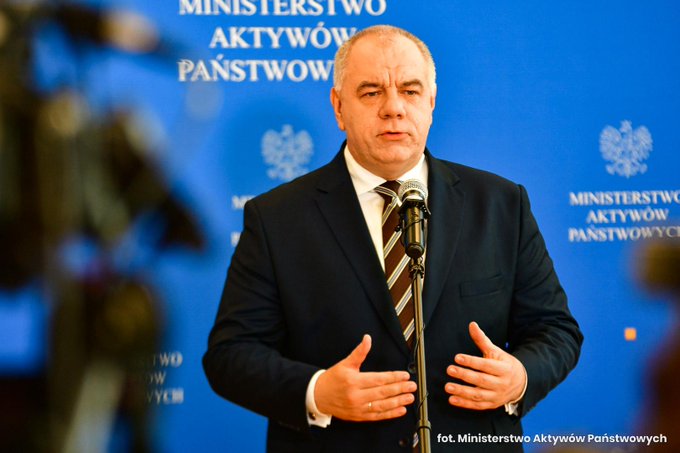 What goes on in Poland on the 4th of November.

The Koreans promised to Minister Jacek Sasin they were ready to add capital to the nuclear power plant project in Pątnów as part of the cooperation between Polska Grupa Energetyczna-ZE PAK and KHNP.

– Yes, the state will be financially involved in the nuclear investment carried out as part of the government project. However, the plan to build a nuclear power plant in partnership with the Koreans is a business venture running alongside the government program. The state will not have capital involvement in the implementation of this project, which of course does not change the fact that it is strongly supported by the Polish and Korean government – explains Minister of State Assets Jacek Sasin in an interview with BiznesAlert.pl. – KHNP unequivocally declares a strong capital commitment in the project to build a power plant in Pątnów. We will be able to get to know more details only after the feasibility study is completed by the end of the year – he adds.

The Council of Ministers may at the next meeting deal with the gas shield, which is to freeze gas prices for another year, the Minister of Climate and Environment Anna Moskwa informed on Polsat News on Wednesday.

– The gas shield, I hope, will be discussed at the next Council of Ministers. The project is ready, I am not revealing any details yet. We will definitely extend the gas price freezing at a certain level for the entire next year for the same group that was covered this year, i.e. all households, schools, hospitals, nurseries, sensitive entities, providing sensitive services, non-governmental organizations, churches, religious organizations. For all these entities, the gas shield will be extended. We are talking about the details, because gas prices change day by day and we still do not know – it will only be on November 24 that the Council will make the decision on whether there would be a maximum price at the EU level or not. There is already a legislative proposal, quite optimistic, in line with our expectations. We are waiting for November 24. So far it is going in a very good direction – said Anna Moskwa. As previously reported this week by the Deputy Minister of Climate and Environment Anna Łukaszewska-Trzeciakowska, the ministry is working on a draft law on the gas market in 2023.

Polish Briefing: The Civic Institute wants a minister of nuclear power and warns against […]
Polish Briefing
What goes on in Poland on the 3rd of August. Related posts: Polish Briefing: Energy security thanks to the Three Seas Initiative. Polish help for […]
More

Polish Briefing: Poland and Germany united on Ukraine, but differ on nuclear | PGNiG to […]
Polish Briefing
What goes on in Poland on the 23rd of February. Related posts: Polish Briefing: PGNiG expanding its upstream portfolio on the Norwegian Continental […]
More