Polish Briefing: New opening between Poland and Iran paves way for oil supplies | Norway to become the leading supplier of gas to Poland next year 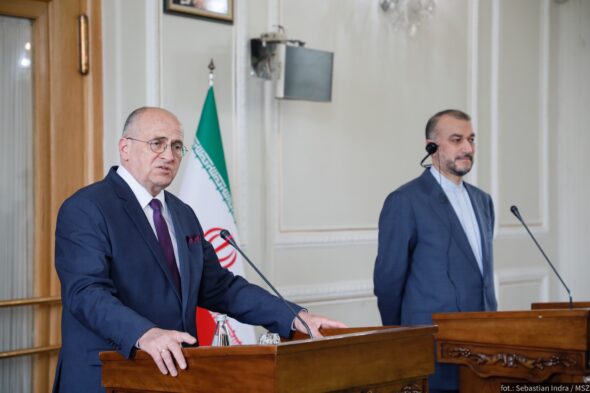 What goes on in Poland on the 10th of May.

The Polish Minister of Foreign Affairs visited Iran. This is the first visit of this type after 2014, which may open the way for oil supplies from outside Russia, but not only. The condition is the lifting of sanctions against Tehran.

“We have agreed that as soon as the negotiations on the Vienna nuclear agreement are concluded successfully, we will undertake extensive economic cooperation with Iran,” said Foreign Minister Zbigniew Rau after talks with his counterpart Hosejn Amir-Abdollahjan.

Poland imported about 60 percent of its oil from Russia in 2022, but declares its readiness to abandon it by the end of the year, or as part of the EU embargo, which is to be included in the sixth package of EU sanctions for the Russian attack on Ukraine.

The Minister of Climate and Environment Anna Moskwa met with the ambassador of the Kingdom of Norway. The talks concerned the EEA and Norway Grants, renewable energy sources and the Baltic Pipe gas pipeline. Gas flowing to Poland from Norway through Denmark is to be part of the de-russification of the gas sector. “From the beginning of next year, Norway will become the leading supplier of natural gas to our country,” said the minister.

“We perceive the Norwegian Continental Shelf together with LNG as the backbone of the security of gas supplies to Poland,” said Minister Anna Moskwa after the meeting with the ambassador of the Kingdom of Norway. “Norway makes a significant contribution to the achievement of climate neutrality by Poland and the comprehensive modernization of our energy system,” Moskwa said.