Polish Briefing: A new player joined the fight for Polish offshore | Another storm and another record for wind energy 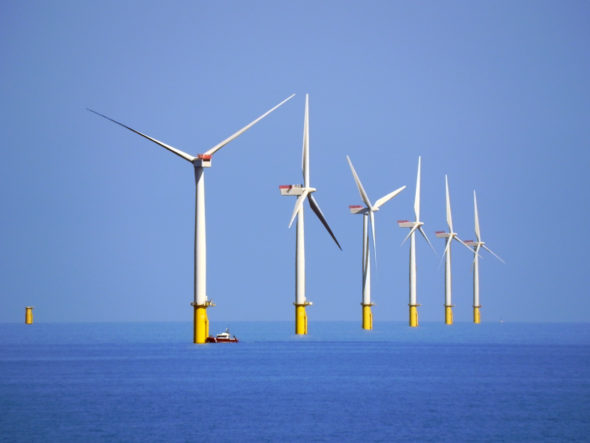 What goes on in Poland on the 18th of February.

The new player joined the fight for the Polish offshore

The fight for location permits in the Polish sea is gaining momentum. Recently, PKN Orlen and Polska Grupa Energetyczna submitted new license applications, but more companies are joining the battle for a piece of the sea to build wind farms. On February 14, a new entity submitted an application.

Currently, the most (10) license applications have been submitted by entities from the PKN Orlen Group. The Polish Energy Group, which has so far submitted seven such applications, is also taking part in the fight for locations.

However, the battle will be waged by more companies, as Vistra Shelf Companies, associated with subsidiaries – Ondentille Inestments, Lomartico Investments and Medsteville Inestments, entered the game. The new entity submitted a total of eleven applications for nine areas – these are the same areas that PKN Orlen and PGE are already applying for.

Another storm and another record for wind energy

On Wednesday evening, the wind turbines broke a new record – almost 6.72 GWh power generated. The previous one, set in January, was over 6.64 GWh – according to data published by Polskie Sieci Elektorenergetyczne (PSE).

The result came in the daily reports on the National Power System and the Balancing Market, published by PSE. The previous January record was over 6.64 GWh. The scale of wind energy production was the result of a strong wind blowing over Poland from Wednesday evening.

Polish Briefing: Talks on gas with Ukraine in Warsaw | Orlen up for more offshore […]
Polish Briefing
What goes on in Poland on the 25th of January. Related posts: Polish Briefing: Poles want to diversify sources of gas supply to pay less and feel […]
More

Polish Briefing: The agreement with GE is to allow Orlen to obtain further offshore […]
Polish Briefing
What goes on in Poland on the 26th of August. Related posts: Dybowski: Orlen wants to choose an offshore partner by the end of the year (INTERVIEW) […]
More