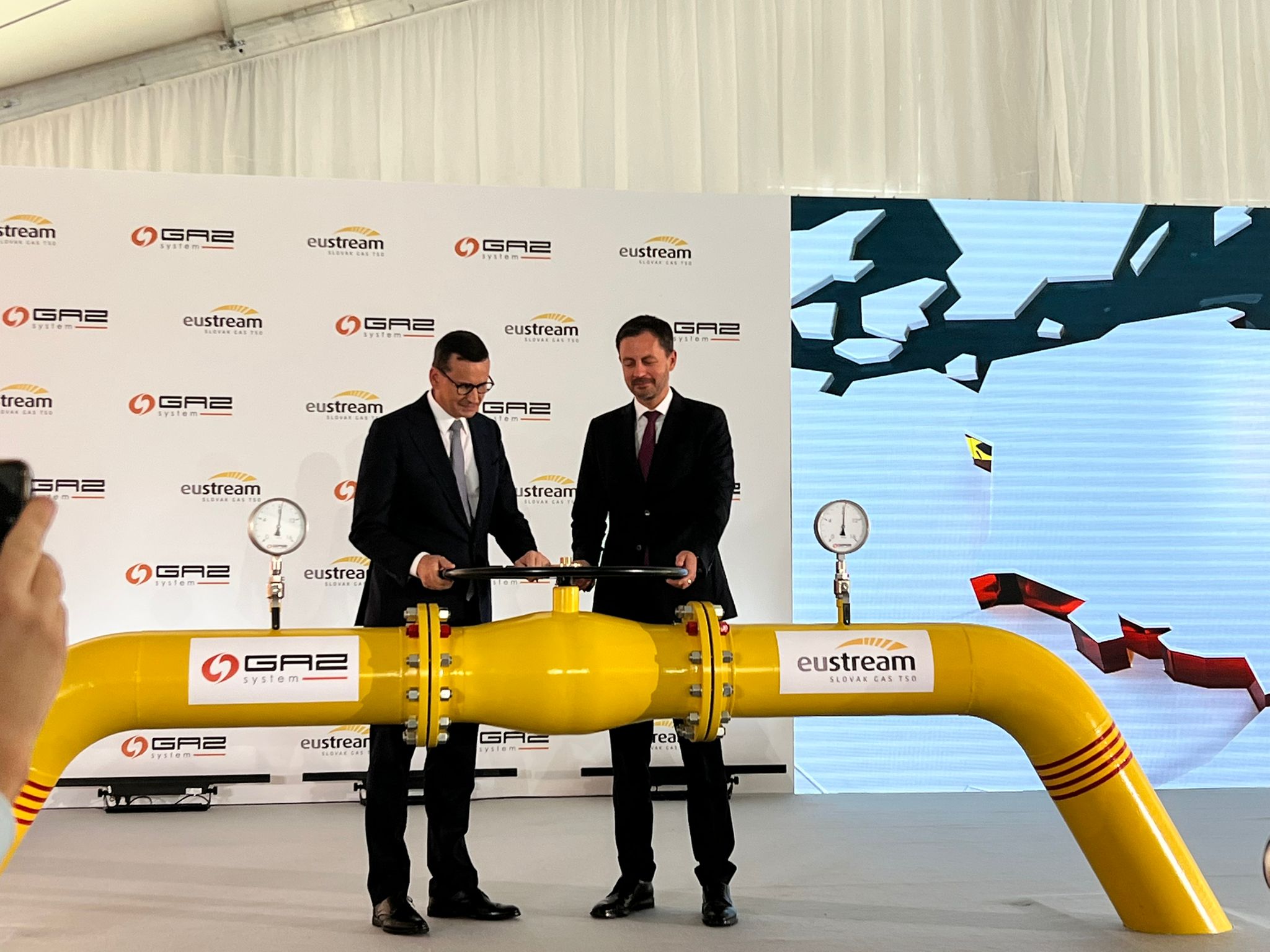 What goes on in Poland on the 14th of November.

– The capacity of the new interconnection point on the border of Poland and Slovakia – IP Vyrava (EIC21Z6035937275964) will be made available through an auction on November 11, 2022 for the gas day starting on November 12, 2022 at 06:00, informed Gaz-System and Eustream, the operators networks of transmission gas pipelines in Poland and Slovakia. Therefore, the start of the auction falls on the Polish Independence Day.

The Poland-Slovakia interconnector will enable the transmission of gas at the level of 5.7 billion m3 (annually) towards Poland and 4.7 billion m3 (annually) towards Slovakia, reminds Gaz-System. The construction of the gas pipeline was accelerated after Russia’s attack on Ukraine in February 2022 and was completed in August. It will allow gas to be delivered from LNG terminals in Greece or the Southern Corridor from Azerbaijan to Poland, or via Polish territory from the LNG terminal or the Baltic Pipe to the south.

Orlen with a higher financial rating from Fitch

Fitch Ratings has upgraded PKN Orlen’s long-term rating by two notches to “BBB+” with a stable outlook. – The agency’s decision is the result of the successful merger of the concern with PGNiG, as well as previous acquisitions. The attractiveness of the concern for the financial market is also indicated by the highest rating in the history of PKN Orlen, at the A3 level, awarded in October by the Moody’s Investors Service Agency, according to PKN Orlen’s press release.

– We are effectively implementing our strategic goals. We successfully finalized the merger process with PGNiG, and earlier with Grupa Lotos and Energa, thus creating the largest fuel and energy group in Central Europe. In terms of revenue, we are among 150 companies in the world. The diversification of areas and an even larger scale of operations offer financial liquidity, and thus the ability to invest in areas of key importance for building the future value of the combined group. Our strong position in business is appreciated by analysts. The high ratings are an additional advantage in potential talks regarding the financing of further projects, crucial for the concern and for strengthening Poland’s energy security – said Daniel Obajtek, CEO of PKN Orlen quoted in the release.

Polish Briefing: Construction of GIPL to start in autumn. Gas prices fall thanks to LNG
Polish Briefing
What goes on in Poland on the 9th of May. Related posts: Polish Briefing: There is no conflict between Poland and Denmark. The discussion on borders […]
More