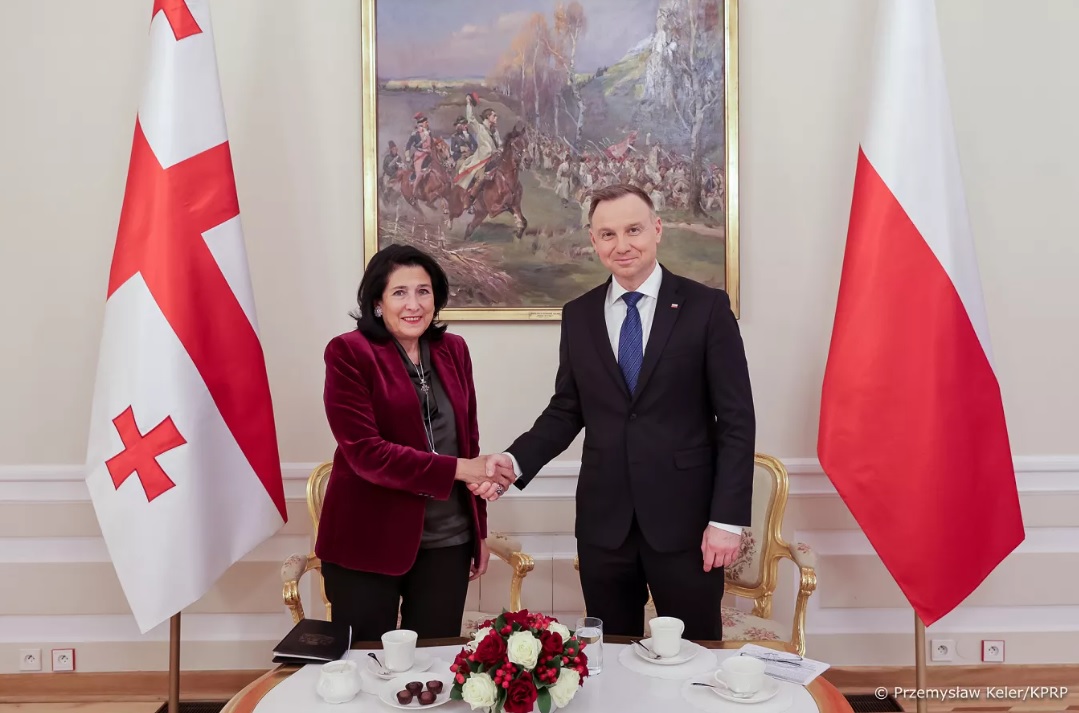 The presidents of Poland and Georgia assure Ukraine of further support

– Poland supports Georgia, Poland supports Georgian aspirations – we really want Georgia to become part of the EU and NATO – assured President Andrzej Duda after the meeting with the President of this country, Salome Zurabishvili. During the meeting, the leaders also assured of their continued support for Ukraine in the face of the war with Russia.

The talks concerned the security situation, in particular the Russian aggression against Ukraine. – I thanked the President for her absolutely unambiguous attitude in the context of the Russian aggression against Ukraine. The position of the President has been absolutely unquestionable from the very beginning – it is unequivocal support for Ukraine in this very difficult situation – said Andrzej Duda at a joint conference with the President of Georgia who is visiting Poland.

The President pointed out that the Russian aggression must be stopped by the international community, it must be repelled. He assured that Poland supports all activities of the international community to support Ukraine militarily, so that Ukraine can defend itself against Russia. – Russia must be defeated. Russia must leave Ukrainian lands. This war must end with the free world defending Ukraine and helping Ukraine defend itself, he stressed.

KGHM denies claims it produces weapons for the army

– We do not carry out any projects involving the production of armaments, nor do we have any plans to do so – KGHM informed. This is a reaction to the article published on Sunday evening in “Dziennik Gazeta Prawna” (a daily published in Poland – ed.).

– In difficult macroeconomic times, the company focuses on maintaining stable production, employment and development of projects related to e.g. renewable energy sources. The copper company informs shareholders and the stock market about its plans on an ongoing basis, we read in a statement quoted by the Polish Press Agency.

The company wants to focus on its statutory activities, in which it achieves global success, i.e. copper and silver mining.

Polish Briefing: Poland encourages Ukraine to build a pipeline to connect both countries
Polish Briefing
What goes on in Poland on the 5th of September. Related posts: Polish Briefing: There is still no decision on the Poland-Ukraine gas pipeline Polish […]
More