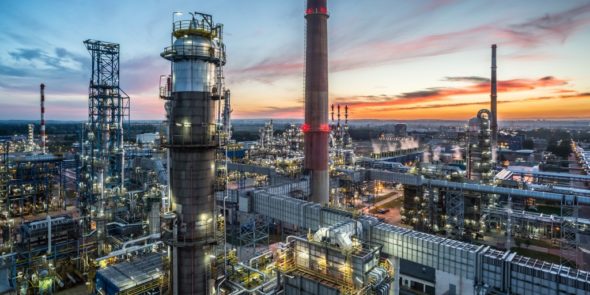 What goes on in Poland on the 10th of January.

Will MOL and Saudi Aramco take over Lotos’s assets from Orlen?

Radio ZET revealed that PKN Orlen will transfer shares in the Gdańsk Refinery to Saudi Aramco, and Lotos gas stations to MOL from Hungary as part of the merger. Orlen reports that these negotiations are still ongoing and, according to BiznesAlert.pl, more partners are involved.

The final deadline for announcing what remedial measures ordered by the European Commission Poland’s Orlen will take in order to obtain the EC’s consent to the merger with Lotos, is January 14, 2021. The condition is the handover of 80 percent of the Lotos gas stations and 30 percent of the shares in the refinery in Gdańsk.

“Please be advised that negotiations with partners on the remedial measures in connection with the takeover of Grupa Lotos by PKN Orlen have not been finalized. Therefore, the media reports on the selection of potential partners are only speculations. Repeating them, what opposition politicians are doing, is an abuse,” reported Orlen spokesperson Joanna Zakrzewska. “At the same time, it should be emphasized that from the very beginning of the process, PKN Orlen aims to negotiate such conditions that will provide tangible benefits to both companies, their shareholders and customers, and will guarantee energy security for the Polish economy. That was the priority of the talks and it has not changed,” she added.

“Any claims about the alleged privatization of Grupa Lotos are also an abuse. The merger will involve two companies having the same owner and so far competing with each other, which is unusual on the European market. Additionally, the intention of PKN Orlen is to select such partners to implement remedial measures that will enable further stable development of the potentially acquired assets,” the spokesperson stressed.

Consumers 8n Connection with the Situation on the Gas Market provides for minimizing gas price increases for vulnerable consumers, as well as ensuring the energy security of the state, and continuity of gas supply.

In order to increase energy security, and thus ensure the continuity of natural gas supplies, the government wants to make gas purchases more flexible. Under the newly granted powers, the Strategic Reserves Agency will belong to the entities that can provide the so-called ticketing service, which is an alternative form of fulfilling the obligation to maintain natural gas reserves in relation to the purchase of the service on one’s own within the storage capacity offered by the storage system operator or maintaining the stock abroad.

In addition, the draft act provides for the introduction of new mechanisms, such as the extension of the list of entities covered by tariff protection until December 31, 2023, or the introduction of a compensation mechanism for natural gas traders who sell gas to tariff customers, which would compensate for the effects of the price freezing on the new catalog of tariff customers.

Polish Briefing: Over 5 million cubic meters of gas have been delivered to the Polish LNG terminal
Polish Briefing
What goes on in Poland on the 15th of January. Related posts: Polish Briefing: There is no conflict between Poland and Denmark. The discussion on […]
More