Polish drivers will be impacted by the explosion on the Yamal Peninsula. The LPG market is in hot water (ANALYSIS) 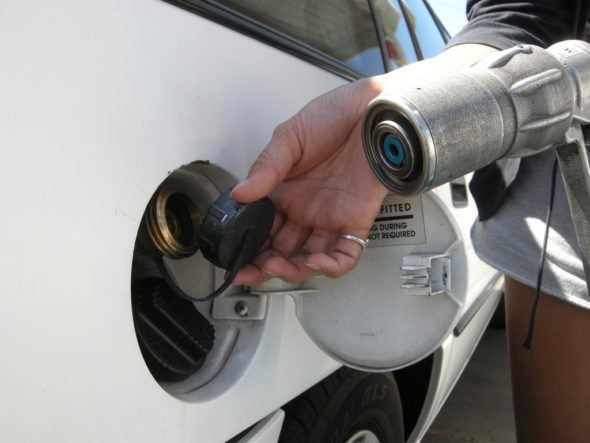 This year is not going easy on LPG users in Poland, and not just owners of cars with a gas installation, but also users of gas cooktops and homeowners that heat their houses with liquid gas. The coming weeks and months may actually be even more difficult due to the explosion at Gazprom’s facilities on the Yamal Peninsula – Mariusz Marszałkowski, editor at BiznesAlert.pl writes.

A terrible combination of events for LPG

In the past two months, the average LPG price at gas stations went up from PLN 2.3 per liter to over 2.7. And everything points to the fact that soon the costumers will see a 3 at the front. How come?

Three factors are responsible for this. The first one is related to the market, which is impacted by the growing oil price, which in time always translates to the final cost of the fuels bought at gas stations, including autogas. The second factor is the fact that at the end of June, the EU introduced sanctions against Belarus. The sectoral restrictions, which have been imposed on the refining and petrochemical sectors, include a ban on importing LNG from that country. This accelerated the price increase of the gas on the wholesale market, and in result on the retail market as well. Things went from bad to worse with the recent incident, which has taken place 23 km away from the city of Novy Urengoy on the Yamal Peninsula.

Surely, the readers are now wondering what impact a facility located 3,400 km away from Poland has on fuel prices at Polish gas stations? Well, it has, and a big one too.
That is the location of one of Gazprom Pererabotka’s four factories where gas condensate is processed. In this facility lighter fractions, including liquid oils and gas such as ethane, methane and propane and butane, are extracted. Then the gases are processed into high-margin products, e.g. gasoline, oils, and liquid gases, including LPG.

On the 5th of August an explosion and a fire occurred at one of the two trains where ethane is separated from gas. It took a whole day to put down the fire. In result, at least half of the plant’s capacity, which is 12 million tons of condensate a year, was lost. According to experts, it may take up to a few months to put the trains back online and restore the previous capacity. And if Gazprom decides to follow its modernization plan, according to which the installation is to be completely replaced in 2022, the plant may be able to return to its full production capacity as late as next year. Still, the question why this situation impacts the Polish market remains.

Russia is one of the biggest LPG producers in the world. Each year it yields about 17 million tons, out of which the chemical plant in Siburu produces 7.2 million tons, Gazprom produces 3.3 million tons and 5.5 million come from Russian refineries, where it is produced during the refining of oil.

In case of Sibur and Gazprom, the main raw material used to produce LPG is natural gas, or the gas condensate that is released directly from the boreholes during the extraction of oil. Out of the 17 million tons, over 11 million is sold in Russia, and 6 million is exported outside its borders.

Since the beginning of the year, LPG production in Russia has significantly slowed down. Between January and June, the production of this fuel dropped by 1.1 million tons in comparison to the first half of 2020, which is 15.9 percent. One of the reasons for this is the OPEC+ deal on capping oil production, which forced Russia to lower oil extraction by almost 2 million barrels a day. Because of this, many boreholes from which the gas condensate, necessary to produce liquid gas fractions, is released, have been shut down.

Even before the explosion in Novy Urengoy, the Russian government had worked on introducing legal tools that would make it possible to temporarily stop the export of LPG in order to meet the demand on the internal market. So far, the ban has not been introduced and the government only called on the energy companies to redirect the planned export to the domestic market. In August, in line with the agreement between the Ministry of Energy and liquid gas producers, 40 thousand tons of LPG is to be sold on the domestic market, instead of being exported. The goal is to balance the demand and supply to prevent a price increase for Russian drivers. The situation is critical. Since the beginning of the year, the LPG price in Russia (listed on the SPIMEX exchange in Petersburg) nearly doubled – from RUB 33 thousand (PLN 1,746) per ton on the 11th of January, to RUB 57 thousand (PLN 3,017) per ton on the 9th of August.

Still, this does not explain why all of this will impact the Polish consumers of LPG.

According to the Central Statistical Office of Poland, over 3.3 million cars that run on LPG are registered in Poland. This is about 16 percent of all cars that drive on Polish roads. It is the highest percentage of cars that run on this fuel in the entire European Union. According to the Polish Organization of Oil Industry and Trade (POPP), in 2020 the demand for LPG in Poland reached 2.34 million tons. The above mentioned 1.73 million tons is used as autogas, whereas 0.27 million tons is used in gas cylinders, and 0.34 million ton heats houses.

In 2020, Polish refineries produced 0.53 million tons, out of which 0.23 million was exported. As much as 87 percent of LPG used in Poland, which is 2.04 million tons, was imported. This is where the source of the problems that have been plaguing Russia since the beginning of the year is revealed, and the incident from the 5th of August may be the tipping point, especially for LNG buyers in Poland.

Poland has traditionally imported LNG from Russia, Belarus, Lithuania, Kazakhstan and Sweden. We purchase the most from Russia. In 2020 we bought 1.33 million tons of liquid gas from there, which is 65 percent of the entire LPG import to Poland. Importantly, Poland is one of the main importers of the Russian gas. According to the Argus agency, 27 percent of the Russian LPG export ends up in Poland. The fuel is mostly transported here across the sea from the Ust-Luga harbor, but railway and road transport from Kaliningrad are also used.

A reserve is worth considering

Since LPG import from Belarus (which also acted as an intermediary between Poland and Russia) is now impossible, and there are problems on the Russian market, and part of the factory on the Yamal Peninsula exploded, we may expect that the autogas prices will soon start to climb again.

It is highly probable that the PLN 3 per liter of LPG barrier will be soon exceeded. It’s not just drivers that should remember about this, but especially owners of surface and underground storage for LPG used for heating houses.

This way of heating is popular in the countryside and in smaller towns where there is no gas grid yet. According to the data from POPP, there are over 122 thousand containers for liquid gas installed in Poland, out of which almost 10 thousand were set up only in 2020. Presently a little over 33 million Polish citizens have access to the gas grid, which is about 90 percent of the population. While a price increase at PLN 0.3 per liter at gas stations is pretty serious for drivers, when it comes to containers with a capacity of 2,700 liters of liquid gas, such a hike is lethal. So, it is worth considering purchasing this fuel for stock, before the prices, albeit high, are still palatable. The growth rate of the prices, as well as the supply capabilities look bleak in the nearest future.

Does Gazprom want to oppress PGNiG?
GAS
PGNiG informed that the Stockholm Court of Appeal announced that Gazprom had filed a complaint to set aside the partial ruling of the Arbitration […]
More