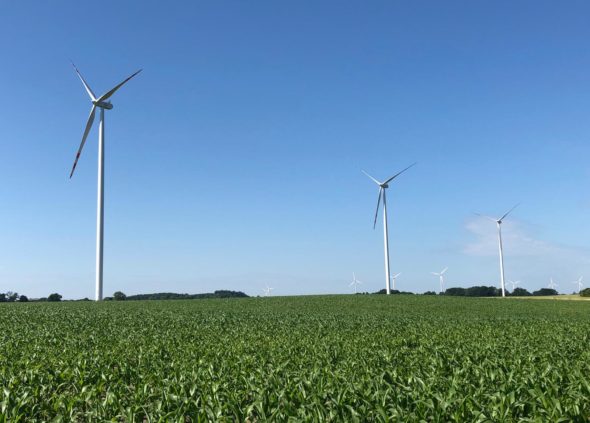 Renewable energy sources take up the biggest chunk of the draft version of the National Recovery Plan, because those investments will be the most expensive and may also garner a lot of leniency from the European Commission, which will approve the green Marshall Plan for Europe – writes Wojciech Jakóbik, editor in chief at BiznesAlert.pl.

Maxing out on the green

On the 27th of February the government presented a draft of the National Recovery Plan (NRP). It proposes a number of investments that will drive the economic recovery after the coronavirus. It will be bankrolled from the EU 2021-2027 budget and the Next Generation EU. Poland is to receive EUR 136.5 billion in subsidies and about EUR 34.2 bn in loans. The subsidies are non-reimbursable and are the most tempting to Poles, because they may decrease the cost of the energy transition.

First, it needs to be stressed that Poland would go through the energy transition regardless of the future of the Recovery Package. The changes that the energy sector is undergoing are technological and objective. Their pace and direction remains to be seen. The critics who maintain that the upcoming reforms are too ambitious, unofficially claim that Poland’s energy transition will cost PLN 1.6 trillion in total. Even if the costs turn out to be lower, it is worth minimizing their impact on energy prices in order to keep the economy as competitive as possible.

This is how the National Recovery Plan for the energy sector should be understood. The project includes propositions, which may make Poland’s ideas more attractive to the European Commission. The Plan suggests that the regulations on the RES sector will be liberalized. It also sets the stage for investments in innovative technologies to further decarbonize the economy, and in renewable gases: hydrogen and biogas. It is worth noting that 37 percent of the money from the NRP is to be spent on “green” targets.

“It will be a challenge to make the rules for awarding aid more flexible and to ensure better legislative stability with regard to RES regulations,” the NRP draft says. “It will be of utmost importance to what degree it will be possible to use hydrogen technologies (from production through transmission for application) for the needs of mobility, industry, power and heating. It is also a challenge to use the huge potential Poland has in the area of biogas – in the waste sector and the food and agriculture industry, estimated at about 7.8 bcm of biomethane,” the document says, and goes on to advise that “investments should be funneled into the ecological and digital transition, especially digital infrastructure, clean and efficient generation and consumption of energy and sustainable transport, which will contribute to the gradual decarbonization of the economy in, among others, mining regions.”
Poland wants to support the energy transition with the NRP through investments in offshore wind farms. The document talks about an installation port by the Baltic. It also includes specific investments:

• The capacity of installations that will generate low-emission hydrogen, including electrolyzers, together with accompanying infrastructure – 400 MW
• The number of fuelling stations, including hydrogen bunkering – 25
• The length of newly built or modernized transmission power lines – 379 km
• An installation and servicing terminal for offshore (operating permit) – 4th quarter of 2024
• The installed capacity of offshore wind farms – 2.6 GW – achieved by 2026.

“Due to the strategic character of offshore wind energy in Poland’s future energy mix (ca. 8-11 GW in 2040), the development of the so-called local content is an economic opportunity, and its key element is the construction of the offshore harbor infrastructure, which will be used to build and then operate offshore wind farms. Moreover, in order to properly operate the offshore wind farms and ensure their security, it will be necessary to either adapt waterfronts or build them in other ports to provide services to maintenance vessels. The investments are necessary to create an impulse that will drive the economy, and to ensure a high participation of Polish companies in the supplying of components and materials for offshore wind farms and in providing services to them. In order to fully use the potential of the Polish offshore projects it is necessary to create suitable harbor facilities in Poland, both when it comes to installing and servicing offshore wind farms. This will be the scope of support granted as part of the NRP, ” the authors explain.

Poles also want to use the NRP to bankroll the connection that will link the offshore wind farms and the National Power System, which is an important element of the investment as it generate huge costs. They also want to subsidize the IT system that will collect information on the market that is coming under increasing pressure from RES. “The Energy Market Information Operator (EMIO) will prepare and implement (and operate) the Central System of the Information Energy Market (CSIEM) by the end of 2023. EMIO is also important in the context of opening the energy market to the dispersed producers of RES and increasing the supply on the market,” the document goes on.

The NRP is to also support the development of RES installations that are built by energy communities, such as energy clusters, with special attention paid to the role of local governments. The first points of this type have been already set up, and new ones will be added.

However, according to the government, all the money spent on green energy and decreasing energy intensity is to amount to PLN 27.4 bn out of 108 of the subsidies from the National Recovery Plan. The government wants to present this proposal to the European Commission before the 30th April after a month of social consultations. The negotiations with the Commission may take two-three months, after that in the second half of 2021 the subsidies will be mobilized to bankroll Poland’s energy transition. If its total cost is going to be PLN 1.6 trillion, then EUR 1.6 billion in the first five years of the process spread across two-three decades is enough to alleviate the burden on the citizens. The government is already suggesting it will revise the burdens caused by the investments in renewable energy. “Today the system plays the role of an energy storage. The question is whether the consumers currently pay enough for the service of storing energy, because that capability is actually limited,” the Government Plenipotentiary for Strategic Energy Infrastructure Piotr Naimski told me during the POWERPOL 2021 conference.

A sustainable energy transition in Poland, or how conventional sources can support a […]
Energy Renewables
Poland’s power sector is witnessing a major shift. In line with the global and European trends, the last decade has seen a steady phase-out of […]
More