Poprawa: Oil will not become obsolete. It will be used in other industries (INTERVIEW) 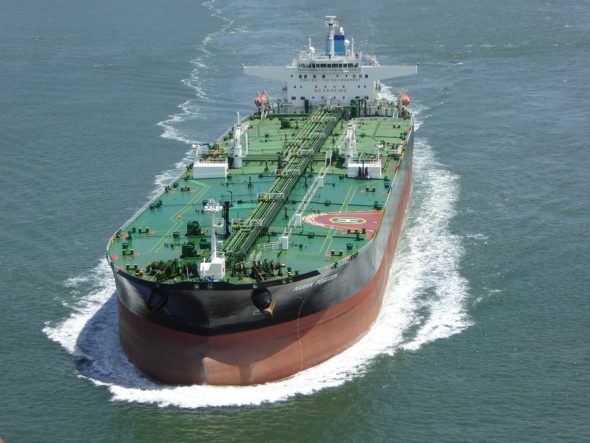 Oil is here to stay irregardless of whether we will use it as transport fuel or not. As a resource, it constitutes an important part of the petrochemical industry, and it will be in that segment of the economy where it will play the biggest role – Paweł Poprawa, PhD. from the AGH University of Science and Technology in Kraków, says in an interview with BiznesAlert.pl.

BiznesAlert.pl: Europe is not only talking a lot more about reducing emissions, but also acting on these promises. One of the elements of this strategy, while not as spectacular, pertains to the transport sector. What in the next 20-30 years will the demand for fuels look like?

Paweł Poprawa, PhD.: There are models that predict changes in demand for transport fuels, but it is a process without a historical precedent, which is why all estimates may change dynamically. It is a situation without a precedent, because the last time the fuel used in, let’s say, motorization was replaced was in the 19th century, when people switched from vehicles that ran on steam to engines fuelled by oil. So, what may happen in over a dozen years, is a process for which the history does not offer any reference for, especially considering the scale of the transition. There are billions of cars across the world, and replacing oil will take decades. So, it will be a process which has not happened in the past. We only have forecasts, which don’t really have to come true. Considering the models from a few years ago, which pertained to the European market, one could say that not all of them came true, the drop in demand for fuels is not as quick as it had been expected a few years back. This is caused by a few different trends.

Looking at this from a global perspective, I would not expect a drastic drop in demand for fuel, because a dynamic economic growth, especially in Asia and the Far East, will compensate for the decrease in fuel consumption in Europe and the US. However, in Europe, where the most important driver behind replacing fossil fuels with green sources are political decisions, a downward trend when it comes to fuel consumption will appear. It is impossible to predict when the drop will intensify and how it will progress.

If that does happen, what will be the future of the dozens of refineries in Europe? What should be their development strategy?

Currently oil has two basic uses. The first one pertains to processing oil to use it in motorization, aviation, shipping and others. The second one is in the petrochemical industry, where its importance is growing. Products manufactured by the petrochemical industry are finding an increasingly wider use, so oil will still be necessary. Either way, oil will continue to be used as fuel as well. One must only answer the question on what will be the proportion between vehicles with combustion engines, vehicles that run on alternate fuels and ones with electric engines. Gas stations will definitely not disappear from Europe’s maps. We will witness competition between two factors. The first one is economic growth that will drive the development of transport and the amount of energy it uses, and the second one is the percentage participation of oil-derivative fuels in it. The latter may go down, but an increase of the first one may compensate it to a degree.

Does this mean we should expect more investments in the petrochemical industry than in refining?

Yes, an example that illustrates this trend is Orlen’s recent decision to expand the refinery in Płock by new facilities where olefins will be produced. Olefins are organic compounds, such as propylene, ethylene, which are intermediate products in the chemical industry, especially the segment of plastics. Despite the fact that this investment is very expensive, it does fit in well with the global trend of abandoning fossil fuels, which are the traditional fuel in transport. This is also an answer to the market demand, which in a natural way goes hand in hand with the company’s pursuit of achieving a multi-energy position. It is worth remembering that the raw materials used to produce plastics to large degree are manufactured at refineries during oil processing. So, it is a natural area for an oil company to invest in.

Orlen will want to prevent Russians from buying shares in the Gdańsk Refinery
Energy
PKN Orlen will build a new energy company with the LOTOS Group, provided certain conditions required by the European Commission are met. One of those […]
More

Coronavirus killed the oil agreement. An opportunity and a challenge for Poland (ANALYSIS)
Energy
The oil price war will continue because the oil agreement has lost its power in view of the expected drop in demand caused by the coronavirus […]
More

A crucial step on the way to PKN Orlen-Grupa Lotos merger
Energy
PKN ORLEN S.A. (“Company”) hereby notifies that on 26 August 2019 an agreement was signed between the State Treasury, the Company and Grupa LOTOS […]
More