Power engineers who fought and died for Warsaw (REVIEW) 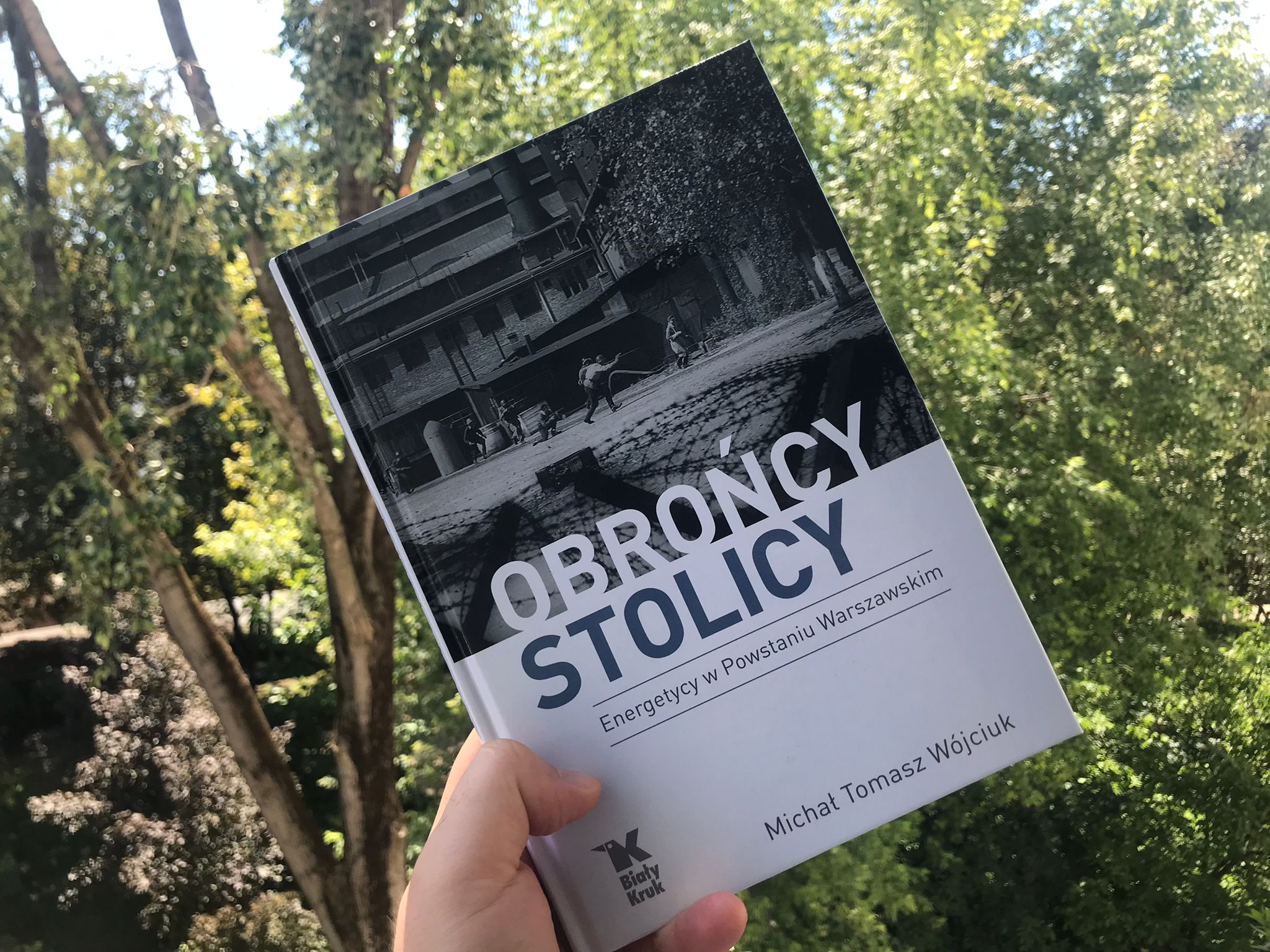 The 78th anniversary of the Warsaw Uprising will be here soon. On this occasion, the Biały Kruk publishing house together with the Polish Energy Group (PGE) published a book by Michał Tomasz Wójciuk “Defenders of the Capital. Power Engineers in the Warsaw Uprising.” The book was written to commemorate the workers of a Warsaw power plant who faced the Nazi occupiers in the summer and early autumn of 1944, writes Michał Perzyński, editor at BiznesAlert.pl.

The role of power engineers in the Warsaw Uprising

The author presents the history of the Powiśle power plant branch, where employees of the then Municipal Power Plant worked. Several hundred of its members managed to recapture this strategic facility on the map of occupied Warsaw, despite the superiority of the enemy in terms of numbers and equipment. After long and heavy fighting, the insurgents managed to take control of the power plant, so that they could supply electricity to a large part of the city, which was of great importance, because thanks to this the insurgents could operate radio stations, hospitals, printing houses and other facilities that helped the Poles in the unequal struggle with the Germans. Wójciuk recalls the long and winding history of the power plant itself in the Powiśle neighborhood in Warsaw, and this reliable historical study is accompanied by rich illustrations and maps of the city from the collections of the Warsaw Uprising Museum and the National Film Archive. It also portrays the soldiers who fought for this facility, the preparations for the battles and their exact course.

The numerous pictures of the characters depicted in the book are accompanied by their memories. Oftentimes the battles are presented with blood-chilling details. Corporal Bogdan Woźniak, pseudonym “Górny”, relates a story of when a station in a technical building of the power plant came under fire: “Everything goes dark for a moment, something is falling on me, then I hear a loud thud. I’m looking half-awake, my rifle’s broken, my escape route’s collapsed. I throw away the pieces of debris and get out into the hallway. I run into a room, I dial lieutenant “Zych”, and I can feel blood running down my legs (…). I didn’t even get there when the next missile hit the same spot. I look, there is no wall; a sudden rush of air throws me a few meters and I lose consciousness (…),” Woźniak recalled. When he was taken out on a stretcher and asked about one of his colleagues from the unit, he shockingly remembers: ” ‘Żmuda’ shows me binoculars, it is drenched with blood and brain (…). Later I was told that he had his head blown off,” he continued. This shows that although there is a division between good and evil in war, it is itself terrifying, brutal and, in the end, not very glorious.

The description of the daily life of the insurgents, outside of the most difficult fighting, their relations, customs and conversations is very interesting. Wójciuk also pays attention to the role of women who served in the squad at the power plant in auxiliary formations, as liaison officers or paramedics. The history of the Powiśle Power Plant defense ends in early September 1944, when a German bomber raid took place, which finally broke the heroic resistance of the insurgents. The narrative is accompanied by photographs that allow the reader to feel the atmosphere of that period. An exhaustive list of all 370 well – known Defenders of the Powiśle Power Plant – their names, surnames, pseudonyms, places of work, affiliation to individual sqads and their subsequent lives deserves praise.

In conclusion, the book by Michał Tomasz Wójciuk “Defenders of the Capital. Power Engineers in the Warsaw Uprising” is worth recommending to people interested in the history of the Warsaw Uprising, the history of Warsaw, and the energy industry itself. The conflict in Ukraine shows that energy as a strategic branch of the economy is crucial in any war, and it was no different 78 years ago. Leaving the debate on whether the Uprising made sense or not to historians, it is worth remembering those who lost their lives in the name of higher values and who stood on the right side in this horrible fight.

Polish Briefing: PGE will present the NABE financial and operating model | PGE counts on […]
Energy
What goes on in Poland on the 26th of May. Related posts: It won’t be possible to polonize offshore wind without a turbine factory Dąbrowski: […]
More

Offshore wind will replace fishing in Ustka and Łeba (ANALYSIS)
Energy Renewables
Service ports will be a key element of Polish offshore wind projects. In the coming decades they will be responsible for maintaining the wind farms, […]
More

Obajtek: Orlen is the company with true offshore potential. SMR is not a technology from […]
Energy GAS Nuclear
“One gigawatt generated from offshore wind in the Baltic will cost PLN 10 billion. We believe that one, strong entity will be able to achieve […]
More

Kilian: Poland could propose an EU-wide reform of the CO2 trading system (INTERVIEW)
Energy
“Poland has to present constructive propositions in Brussels, Berlin and Sofia so that together with other states we could propose a reform of […]
More