The industry discusses how to power the European Green Deal (REPORT) 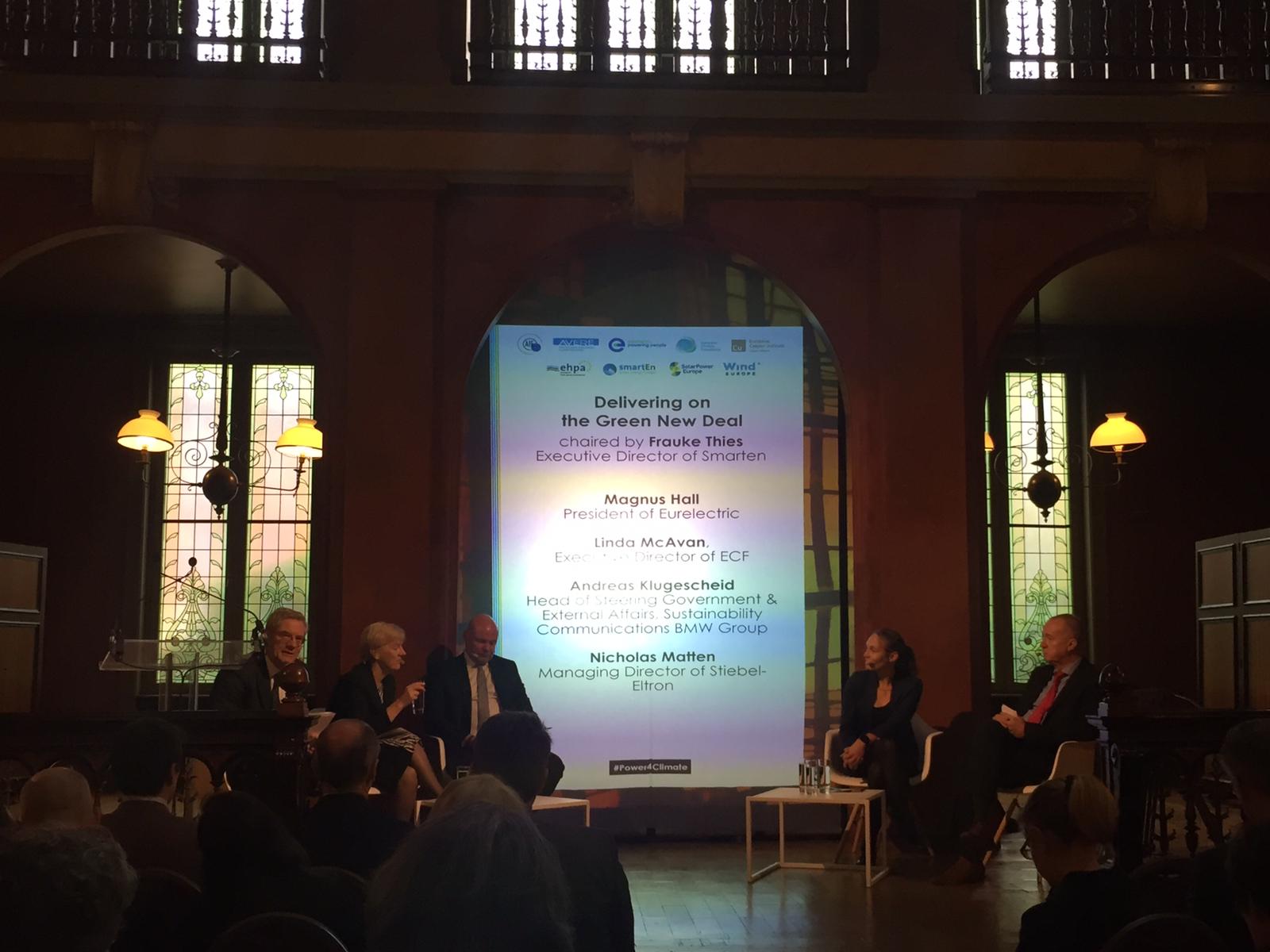 A conference “Powering the European Green Deal” organized by the Electrification Alliance took place in Brussels. It was attended by representatives of the industry who shared their opinions and ideas on EC’s plan for energy transition in the EU. BiznesAlert.pl was present at the event.

– It’s all about electrification, thanks to which we can combat climate change. Electrifying transport and heat and abandoning fossil fuel will make this challenge possible – said Magnus Hall, CEO of Eurelectric. He added that a common ground among the players needs to be found. – We expect that with time, consumption of electricity will rise and we will need more sources of generation. We have to remember that each of European Union member states has its own characteristics and different problems that they have to deal with – said Magnus Hall.

Green deal is a big deal. We have to understand how important it is. It means cleaner cities and better air quality. We talk less about noise pollution, and electrification can make a difference there. The EU policy must be coherent from East to West – stressed Linda McAvan, head of the European Climate Fund. – We know that the European Investment Bank is likely to withdraw from financing projects connected to fossil fuels, and there’s always a big discussion regarding the money. There is also a question of PCI list that includes many gas projects. We have to build public confidence that investments can be successful. Energy transition is a big issue and we need to take people with us – said Linda McAvan.

Andreas Klugescheid from BMW said that his company is on the electromobility market and starts to be successful. – The key issue is infrastructure that we had to deal with in case of gas and hydrogen. In Germany, there is going to be a big initiative of the government to build the infrastructure for electric cars. We are working with Toyota do develop hydrogen vehicles. The interesting part of it is not only the issue of installing new engines in vehicles, but how it will affect economies – convinced Andreas Klugescheid.

Nicholas Matten from Stiebel-Eltron said that the energy transition is a matter of political will on the one side, the other thing is the structure of energy pricing that’s really stopping the industry. – Regarding the Green Deal, we should move on what we have and what we know that works. The heating sector already has solutions. I would like to stress that hydrogen certainly has its space in the future, but certainly not in the heating industry, because its efficiency is about six times lower than in case of conventional sources – said Nicholas Matten.

Civil society and industry in joint push for a climate neutral economy
Energy
Today, a broad group of 100 organisations from major industrial sectors and civil society calls on EU policymakers to accelerate the uptake of clean […]
More

Poland deferred the coal sentence. It’s time for reforms
Energy
Polish power plants are gaining time until the next decade for reforms. It cannot be wasted – writes Wojciech Jakóbik, editor-in-chief of […]
More