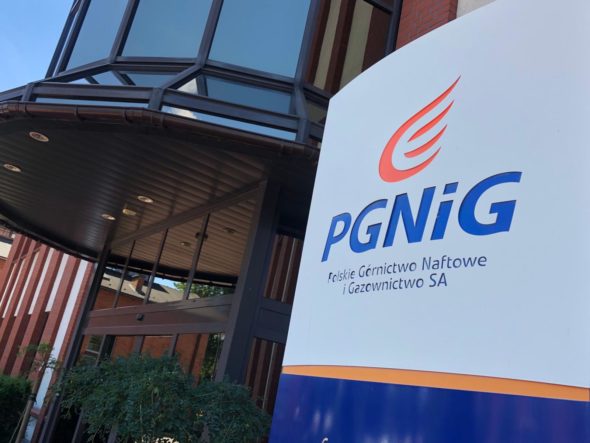 The energy crisis has called into question the further liberalization of the gas market in Poland. If this challenge is tackled incorrectly, the entire process may be hijacked by Russia’s Gazprom and will result in the privatization of the gas policy, as designed by Russia – writes Wojciech Jakóbik, editor-in-chief at BiznesAlert.pl.

In my previous piece I laid out the new game that Russia’s Gazprom is now playing. Contrary to the company’s claims, numbers confirm that it is restricting gas supply to Europe, and its goal may be to force the start of deliveries through the disputed Nord Stream 2 pipeline and the signing of new long-term contracts that will be valid long after the end of the energy crisis. An example of such an agreement is the Yamal contract with Poland, which will end in 2022.

It is worth to take a closer look at the consequences of Gazprom’s game in Poland during the energy crisis. The gas prices on European exchanges are being pushed up by Gazprom, which has caused record-breaking price hikes in Poland. Tariff customers have received protection, thanks to a new act that will spread the increase across three years (2022-24). The new law will limit the hike to an average of 54 percent instead of several hundred percent, that will affect non-tariff customers, for example, some housing communities and cooperatives. The Civic Platform (biggest opposition party in Poland – ed.) has already proposed to extend this protection to those entities as well. This is an emergency solution, which should be temporary, because it burdens the budget and affects the functioning of the market.

Meanwhile, in 2024 the gas market is to undergo futher liberalization, and tariffs for households are to be removed in line with Poland’s Energy Policy Until 2040, the so-called energy strategy, and the expectations of the European Commission. Under normal conditions, freeing up the market improves the clients’ situation, as they can choose between suppliers who are forced to compete more efficiently. However, in times of crisis, such liberalisation may prove to be too expensive, and the idea of maintaining price controls for the most vulnerable consumers, for which, eg. France is known, is therefore back in favor. Market-changing regulations sometimes work, especially in emergency situations, such as the Gas Stocks Act, which protects gas reserves in Poland and France despite shortages in countries that were not obliged to stockpile them.

Gazprom may offer Poland a new long-term contract after 2022. At that point Poles will have access their own deposits on the Norwegian shelf and a long-term contract with a supplier from the local market, such as Equinor and other gas companies. The price of gas from Russia may be attractive, but the gas might just as well be bought the spot market, as long as the energy crisis is over by then, along with record prices on the exchanges. However, even if Poland, through the state-owned PGNiG, resists the temptation to sign a new long-term contract with the Russians, they may ignore it and conduct a kind of privatization of gas policy in this country.

Gazprom may indeed have a problem with signing a new long-term contract with PGNiG on satisfactory terms. The Poles will be able to reduce the duration and volume of a possible contract thanks to the alternatives ensured by decades of consistent diversification of supply sources with the help of the LNG terminal, the Baltic Pipe and connections with neighbors.

However, the Russians can “bribe” PGNiG customers by entering into bilateral agreements with the largest gas consumers, especially if the energy crisis continues after 2022, raising prices on the spot markets. In that case, long-term contracts with Russians concluded directly by customers in Poland, but perhaps through companies that receive gas from Russia via Nord Stream 2, such as VNG mentioned in the previous text, could lead to a new status quo in the market, in which PGNiG, which is an instrument of the state’s gas policy, would lose its importance as an intermediary for the supply of Russian gas and find itself on the sidelines. In such a scenario, the Polish state will be left with contracts for Norwegian gas and LNG, fighting for customers with Russians holding market shares thanks to a kind of privatization, especially likely in the event of favorable economic conditions for supplies from Russia, which will grow contrary to the political plans to diversify sources in Poland.

Therefore, already at the beginning of 2022, it is necessary to develop a plan to maintain the attractiveness of PGNiG in the market, in order to effectively implement long-term contracts from its portfolio, that are important from the point of view of supply diversification. The interim solution, i.e. spreading the tariff increase across a few years, should be altered into a reform of the gas market, that will secure PGNiG’s position after the planned liberalization in 2024. Subsidizing this company and establishing a new category of customers that need to be shielded from the high prices on the spot market, should be on the table as well. It is also worth taking care of the market, allowing the withdrawal of such protective measures in the event the energy crisis ends. We should hope for the best, but prepare for the worst, because market forecasts suggest that the crisis is just beginning and will not end after the winter of 2021/22.