Radomski: Too early to celebrate SMRs from the US in Poland 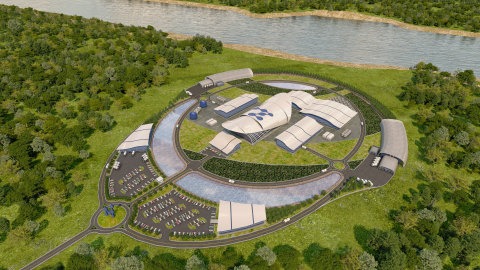 The American NuScale has received certification for a small 50 MW nuclear reactor. However, this does not yet mean a breakthrough for 77 MW, which Poland’s KGHM is counting on. Unresolved problems may return on a larger scale and take months – or years – to resolve – warns Daniel Radomski, contributor to BiznesAlert.pl.

As part of the licensing process, NuScale decided to take a bifurcated path. First, as the technology provider, the company acquires a general license for an SDA (standard design approval) for its security solutions in order to offer the product to investors. The investors will be required to obtain a COLA (combined application license), which includes a permission to build and operate the technology in a specific location.

The Design Certification acquired by NuScale applies to nuclear modules with an initial electrical capacity of 50 MW, which the company does not intend to offer.
In the explanations and documents submitted at this stage, NuScale did not address many of the issues raised by the the NRC. The regulator’s doubts concerned the design of the biological shield of the reactors and the design of the hydrogen level monitoring system in the reactor buildings. There were also serious doubts about the possibility of oscillations occuring in steam generators. In addition, the authority expressed doubts about the design issues related to the placement of several modules in one pool, as well as the possibility and safety of adding additional blocks to an already operating power plant during its operation.

The issues described above should be resolved at the stage of obtaining a COLA license, but this will not be the case. NuScale has dropped the 50 MWe version, offering modules with increased power of up to 77 MWe. In order to implement this technology in the United States and around the world, it is crucial to obtain an approval for the 77 MWe version. The application for a generic SDA license for this version was submitted by NuScale on January 4, 2023.

According to NuScale’s previous announcements, this application was intended to be an extension or update of the SDA granted for the 50 MWe version, which may be treated differently by the NRC, and unresolved problems may return on a larger scale and take months – or years – to resolve.

Subsequently, in January 2024, NuScale intends to apply to the NRC for a combined COLA license covering a location in Idaho. The COLA can only be issued after the technology gets the green light in the form of the SDA.

Also on January 4, 2023, NuScale signed a contract with Romania’s RoPower to develop the first phase of a feasibility study (FEED) for a 6-module modular nuclear power plant to be built in Doicesti on the site of a decommissioned coal-fired power plant.

Polish legislation does not allow for the division of the licensing process, which Synthos called into question during public consultations on the amendment to the nuclear law in 2021. Effective implementation of the Orlen-Synthos project called the Green Energy Fleet of 25 BWRX-300 reactors may not be possible without implementing legislative changes in this area. It has been already revealed that the first five locations for these units in Poland would be disclosed in the first quarter of this year.

Polish atom is ready and waiting for the government to decide
Energy Nuclear
The endless discussion about the atom that has lasted 30 years may end with a decision in September. Politicians mostly talk, but officials work […]
More