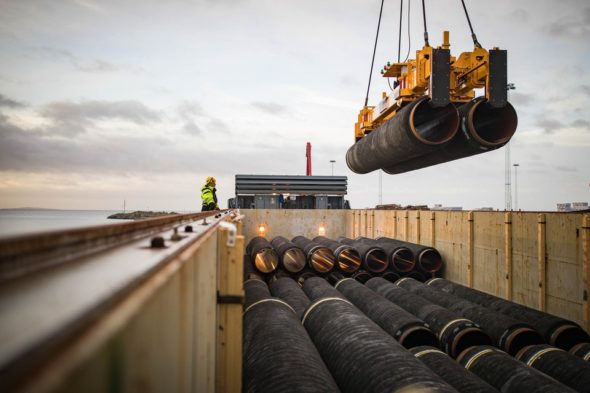 What goes on in Poland on the 22nd of February.

In a joint comment for Politico, the Polish minister of foreign affairs Zbigniew Rau and his Ukrainian counterpart Dmytro Kuleba criticize the contested pipeline Nord Stream 2. “Poland and Ukraine have a shared interest in a strong, vibrant and resilient West. We are united behind a great vision, pursued by all U.S. presidents since the end of World War II, of a free, united Europe that is prosperous and at peace. As ministers of foreign affairs, we must recognize, however, the obstacles keeping Europe truly united. Paramount among them is the false belief that the free world is an elite club, whose members’ national interests are superior to the collective’s. This belief is what emboldens predatory autocratic powers and creates hazards for international stability and world peace,” write the ministers.

“Poland and Ukraine have always believed that lasting peace in Europe is impossible to sustain without a harmonized democratic development across Europe. This is why Poland was among the first to recognize Ukraine’s independence in 1991. Having achieved its long-sought goals of membership in NATO and the EU, Poland became one of the staunchest supporters of an open-door policy to both organizations, and remains an unwavering advocate of Ukraine’s membership. But as Central Europe bound itself to the West, Russia pulled on the levers at its disposal to, if not reverse, then at least to seriously disrupt this process. In doing so, Moscow drew upon one of its most potent weapons — its neighbors’ dependence on energy supply, particularly natural gas,” they explain.

“A decade after launching Nord Stream 1, Russia is dangerously close to completing the twin pipeline, Nord Stream 2. Regrettably, Russia was allowed to advance this far with the project even as it continues to violate Ukraine’s sovereignty and territorial integrity, showing blatant disregard for international law. Poland and Ukraine have long warned against the dangers associated with the construction of Nord Stream 2. Our calls for vigilance and boldness were heard in the U.S. Congress, which pressed on with measures designed to stop this dangerous, divisive project. We call on U.S. President Joe Biden to use all means at his disposal to prevent the project from completion,” Rau and Kuleba called on the American president.