Roszkowski: If Russia wants to build an economy like North Korea, we should help her (INTERVIEW) 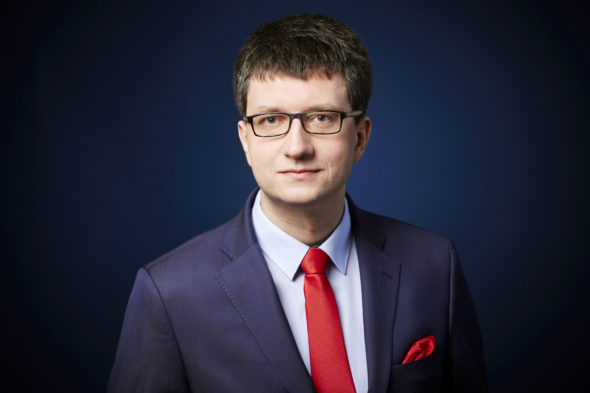 Russia uses fossil fuels to bankroll attacks against its neighbors – not only against Ukraine, but also Georgia, the Baltic states and others, sometimes in a hybrid form. This is not the beginning of this kind of behavior by Russia, but hopefully the end, because if it wants to build an economy similar to that of North Korea, we should help it – said Marcin Roszkowski, Chairman of the Board at the Jagielloński Institute, in an interview with BiznesAlert.pl.

BiznesAlert.pl: Was Russia’s decision to stop supplying its gas to Poland a surprise?

Marcin Roszkowski: Only to the degree that Russia knew we would not need its gas by the end of the year anyway, as several years before the expiration of the Yamal contract we could have prolonged it, but PGNiG had decided not to. For years there has been a discussion in the Polish media about how to develop the infrastructure in such a way that there would be no Russian gas in Poland physically. Poland treats Russia as an odd and aggressive partner. Russian fossil fuels bankroll the aggressions against its neighbors – not only against Ukraine, but also Georgia, the Baltic states and others, sometimes in a hybrid form. This is not the beginning of this kind of behavior by Russia, but hopefully the end, because if Russia wants to build an economy like North Korea, we should help it.

The Polish government assures that we are prepared when it comes to gas supplies. How about the other countries that were also cut off? How do we look now compared to Germany?

Lithuania, similarly to Poland, has been investing in diversification, but Germany has a problem – it has fallen into a trap as for 20 years the industrial lobby has been determined to maintain its competitiveness thanks to cheap gas from Russia, which allows it to call the shots in business. Two important things happened in 2005: firstly, the CO2 emissions trading system came into force and, secondly, the agreement on the Nord Stream gas pipeline was concluded. Since then, the climate policy, which is basically about switching to renewables and Russian gas transferred via new infrastructure that bypasses countries such as Poland and Ukraine, has been accelerating. Russia has tried to bypass Central and Eastern Europe, using Hungary, but above all Germany, by setting a course for an energy transition without nuclear power, which is why we are where we are. Electricity and gas prices have gone crazy. Since last year, when the Russians emptied those gas depots over which they had control in western Europe, October, November and December have been a disaster in terms of prices. This was part of the pressure to certify Nord Stream 2, if Germany had caved, the war would have broken out much later, and the Russians would have turned off the gas minute by minute, killing Ukrainian industry, and shutting down a large part of the Ukrainian heating sector.

Russia stopped gas exports to Poland because we did not want to pay in rubles. Aren’t Russians shooting themselves in the foot? Now they will get paid neither in rubles, nor in any other currency.

If someone does not have gas, then generally speaking they also don’t have rubles. The sanctions imposed on the Russian economy have been effective, which is why it needs to be on life support in the form of artificial demand for rubles stoked up by the fossil fuels trade. In the case of Poland, this blackmail had to fail, because it would circumvent sanctions and help Russia even more in monetary policy. It was expected that at some point the gas will be turned off by the Russians. Despite this, nothing happened in Poland, everything is working normally. We were prepared for this.

Germany, which relies on cooperation with Russia, was not prepared for this. The more aggressive Putin is in Ukraine, the more Germany has to lose. The situation in the German ruling coalition is actually interesting, as the Greens and FDP, contrary to SPD, are acting rationally and understand that Russia is a threat to Europe. Unfortunately, a large part of the elites from SPD, CDU and CSU, and the main political parties in Austria, has been corrupted by the Russians. Germany’s strategy may fail, which is evidenced by the calls to end the war quickly. Germany would like to return to “business as usual”, but after the genocide it is impossible to return to this. Russia must pay for this, its actions revealed that it is not part of our civilization, while Germany was convinced that Russia could be civilized through economic cooperation. This failed, and we will border North Korea.

Why was Poland cut off from gas first?

Firstly, because we are the largest economy in the region. The Russians have not had an easy life with us for a long time. It is also a message to the smaller countries that this can happen to them too. Considering how Russia was prepared for the war, one could argue that the Russian intelligence is very lacking. Poland was ready to be cut off and this blackmail did not work. The Russians shot themselves in the foot. The whole system worked not because we have interconnections and infrastructure, but because we have storage capacity. Since half of the oil flows to Poland from Russia, in the event of a cut-off, the challenge would be to have stocks in storage and to be able to process many types of oil in refineries. Poland with an annual consumption of 30 million tons of oil, has capacity in terminals, and in addition we have storage units. Oil is a liquid resource, and the technological barrier is not as big as in the case of gas. Poland needs to open up to the sea, because this is a huge opportunity for us, and thanks to this we will be able to help our allies in the region.

Embargo on Russian fuels would be expensive, but also effective
Coal Energy GAS
Poland and Germany have announced when they would abandon fuels from Russia, because there is still no consensus around an EU-wide embargo. However, […]
More