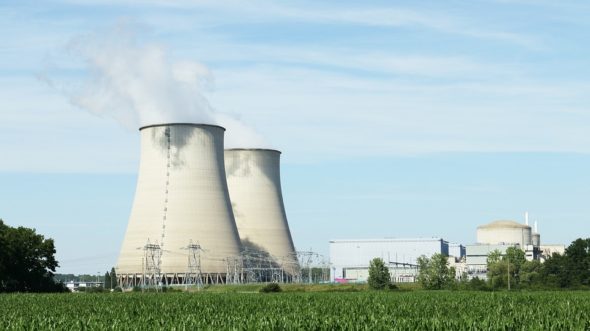 The changes that may occur in Belarus will not result in Poland importing energy from a Russian nuclear power plant, nor will they encourage Warsaw to join the chorus of critics who claim that NPPs are a safety threat. Only an unwelcome change in Warsaw could alter that – writes Wojciech Jakóbik, editor in chief at BiznesAlert.pl.

During the opening of the first unit of the Astravets Nuclear Power Plant, which is Rosatom’s project in Belarus, president Alexander Lukashenko called on Poland and Lithuania to start cooperation. “From this place, from Belarus’s Nuclear Power Plant, I want to plead yet again – let’s start living in friendship, let’s start working together,” the president was quoted by the BielTA agency. Lukashenko believes that Poland’s and Lithuania’s engagement in criticizing Belarus for falsifying the 2020 presidential election results will not be effective. “You won’t succeed! We will not bend the knee. We will resist. Even if we are alone and surrounded, we will react. So let’s start working together. We are ready to cooperate,” he ensured.

Lukashenko wants to be seen as a constructive player that offers attractive economic cooperation in the form of power import from the Astravets NPP. Poland and Lithuania will not take up that offer for different reasons. The Lithuanians criticize the project because it poses safety and environmental threats. They argue it was built in violation with nuclear security standards, and poses a threat to the environment. At least since 2015 Poles have had a different message. They criticize importing energy from Astravets as a threat to the profitability of their domestic power plants. However, they do not claim the Russian NPP in Belarus poses a safety threat, because they want to build an NPP themselves. Therefore, such an argument could turn out to be a double-edged sword that could harm Poland’s nuclear power program, which will probably be developed in cooperation with the U.S.

A real test of Lukashenko’s good will would be to continue the talks on the deliveries of oil via the reverse flow on the Friendship Oil Pipeline on the Polish-Belarusian border. However, the negotiations have been suspended since Lukashenko’s bloody attacks on the opposition that protested after the presidential election in August. Instead, the president is talking about the possibility of building another Russian NPP in Belarus, or about buying oil licenses in Russia, which is his attempt at making a deal with Moscow in return for keeping the reminder of his autonomy with regard to energy and foreign policy.

Nuclear power is safe, unless it’s from Russia

In this context, the statement made by Sviatlana Tsikhanouskaya leader of Belarus’s opposition, seems interesting. Tsikhanouskaya criticized the Russian NPP in an interview for Biełsat, a Polish, Belarussian-speaking TV channel that is an alternative to Minsk’s state-run media. “The entire history of the Astravets NPP is a story about the impunity of the regime in general and Lukashenko in particular. Today he is the one who is risking the future of our nation, which has already suffered through Chernobyl and remembers that tragedy. The decision to build the NPP was not discussed with the Belarusian people.  The security of the plant was not consulted with our partners, our neighbors,” Tsikhanouskaya, who ran in the election against Lukashenko, said in the Biełsat interview. “The regime is launching the NPP at a moment of great crisis on purpose – to hide its mounting negligence. We will not allow for this. Any decision about the future of the plant can only be made on the basis of a nation-wide discussion and deep expert analysis on the problems it may pose,” she wrote on the Telegram (an online messaging app – transl.).

The argument made by Tsikhanouskaya is in line with the view held by Vilnius, but it may go against the interests of Poland, which wants to build an NPP as well. In the future, critics of any large NPP projects in the region may use the Chernobyl argument, just as it is now used to argue against the Rosatom’s NPP in Belarus. However, new nuclear power technologies, including those used by Rosatom, have not posed a threat similar to Chernobyl or Japan’s Fukushima. In Poland’s opinion, the problem with the Russian NPP in Belarus is different. The goal of the project is to undermine any attempts at generating power that are not controlled by Russia, such as Poland’s NPP which is to be constructed by 2033. Regardless of the reasons behind that decision, Poland did disassemble the Białystok-Roś power link, which made it possible to import power from Belarus as resently as in 2017. Gabriel Gorbacevsky, attaché for energy matters at the Lithuanian embassy in Warsaw, confirmed that Vilnius would disconnect all power links with Belarus by 2025. Already in 2017/2018 Lithuania, similarly to Poland, disassembled the Ignalina-Minsk connection. It is worth adding that as part of the Baltic Council, Estonia, Latvia and Lithuania have condemned the fact that the Astravets NPP was launched so quickly, and without following the international recommendations for nuclear safety. The countries are calling on Belarus to introduce international standards in line with the European Commission guidelines, mostly through cooperation with the European Nuclear Safety Regulators Group (ENSREG). They want Belarus to synchronize the implementation of these requirements with the connection to the power grid.

All of this means, that the Russian NPP in Belarus will be a bone of contention in the Warsaw-Minsk relations, regardless of the future of Lukashenko. If Tsikhanouskaya does become Belarus’s president one day, her arguments against the NPP in Astravets may be used to criticize the Polish plans, which will generate tensions. If Lukashenko, or his successor who will stick to the pro-Russian policies will promote energy from Astravets, Poles will not take up the offer and will instead choose their own NPP and other national power plants. Only a few outlets promote the idea of importing energy from Astravets to Poland, they are connected to a handful of Polish conservatives and the Law4Growth organization. But they are not popular in Warsaw.

Changes in Poland and Belarus

Nuclear power will probably dig a deeper divide between Poland and Belarus regardless of Minsk’s future foreign policy. Only a change in Warsaw that would result in a more lenient attitude towards importing power from Astravets can alter that. However, this is not very likely. Still, it may turn out that Poland may have to import gas from Russia via the Belarusian section of the Yamal gas pipeline to, e.g. fuel its Ostrołęka C gas power plant. It remains to be seen whether this will be indeed the case, and whether Russia would be able to use this as political leverage in its relations with Poland.

Will Lukashenko give Putin “Belarusian nuclear energy” back? (ANALYSIS)
Energy Nuclear
On the anniversary of the Bolshevik Revolution, the 7th of November, an official opening ceremony of the nuclear power plant in Belarus’s […]
More