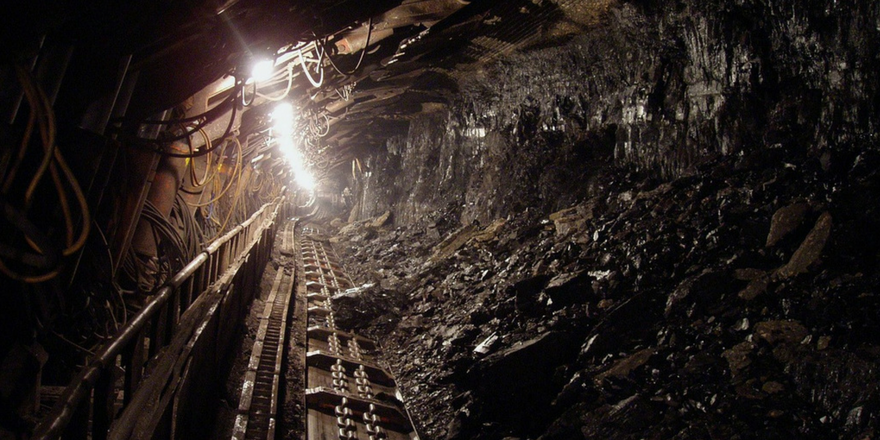 This is how the belief that coal guarantees our security, sense of stability and certainty of tomorrow grew. Therefore, I think that what is happening with coal at the moment is causing a cognitive dissonance for most Poles. It means that one of our foundations has been torn down: coal has always been there and suddenly it is gone. This can have a long-term effect on social consciousness and, consequently, on political preferences, says professor of sociology Paweł Ruszkowski from Collegium Civitas in a conversation with BiznesAlert.pl.

BiznesAlert.pl: Which social groups in Poland support the acceleration of the energy transition, and which are against it, and why?

Prof. Paweł Ruszkowski: According to my research, there are differences across social strata and classes when it comes to the energy transition. It can be said that on the one hand we have social groups that are clearly sceptical about whether the transition is necessary. These include: the working class and people with low skills, the unemployed, housewives and pensioners. This is not a great discovery, because other studies show that both workers and low-skilled people represent a conservative worldview for the most part. This applies to political and moral issues. It turns out, therefore, that the attitude of these people to the energy transformation is connected with the value system they recognize. In this context, conservatism means adherence to tradition, acceptance of the status quo and unwillingness to change.
On the other hand, we have social groups that support an energy transition focused on introducing renewables. This attitude is represented by the class of higher specialists and high school and student youth, which is not surprising. Interestingly, studies have also shown that the group oriented towards the environment also include a band of pensioners. This is a surprising result, as the conservative worldview prevails among pensioners. In my opinion, there are two reasons behind this. Firstly, pensioners experienced life in communist Poland, so they are not alien to restrictions and recommendations. And the pro-ecological attitude requires some sacrifice in everyday life, e.g. segregating garbage, shutting off unnecessary lighting, etc. That’s why it’s easier for them to accept it. Secondly-and this is crucial-pensioners approach energy and climate issues not only from the point of view of their own needs, but above all from the perspective of the future of their children and grandchildren. That is why they take seriously the risks that climate change poses to human health and lives. Studies have shown that pensioners have a lot of knowledge about energy and climate policy and understand the need for change. This is the reason why pensioners, who are generally conservative, adopt the point of view of the younger generations when it comes to energy transition.

If we are talking about the game for energy transition, then pensioners are an influential actor, as they represent approx. 25 percent of the population. Let us emphasize that my research concerns the residents of Warsaw, perhaps in smaller cities and in the countryside things would be different. However, I know that in other studies on environmental awareness, the attitude of pensioners is similar.

In the case of other social categories (professionals, low-level professionals, trade and service workers, regular public officials), there is a polarisation of opinions and attitudes towards the energy transition. This means that in these social groups there are both supporters and opponents of changes in the direction of RES.
In this context, we have come to the conclusion that the issue of energy strategy is not settled in the public consciousness. There is no way to tell whether the society is for or against it. The research was conducted in November and December 2021, before the war, so I think that will change quickly. Energy prices were at a stable level. What is happening now will draw attention to this problem and people will start to investigate why they are paying more. Then the substantive attitude to these issues will prevail over the ideological one.

What role does coal play in the consciousness of Poles?

In the consciousness of all polled classes and groups, the concept of coal plays an important role, regardless of whether one is pro-ecological or skeptical. Firstly, this pertains to the fate of the miners and Silesia – I have the impression that in the public consciousness the miners are treated as “guardians of black gold”, something that we have always had, we understood, what is ours, our own. This is how the belief that coal guarantees our security, sense of stability and certainty of tomorrow grew. Therefore, I think that what is happening with coal at the moment is causing a cognitive dissonance for most Poles. It means that one of our foundations has been torn down: coal has always been there and suddenly it is gone. This can have a long-term impact on public awareness and hence on political preferences. People will associate the lack of coal with the current government. I think that this is a deep problem, and in the coming months it will have a strong impact on public sentiment.

In that case, can we say that such symbolic thinking about coal in Poland contributes to resistance to the transformation and, consequently, to slowing it down?
Of course. There are signals from many social groups that the transformation is necessary, but not at the expense of the miners, because otherwise they will come to Warsaw to strike and every government will succumb to them. Among the respondents there is a belief that prolonging the coal phase-out is a way to avoid acute social conflicts.

In that case, doesn’t it mean that miners have a disproportionately large impact on the course of events?

Miners are a small part of the coal-related interest group. There are about 80,000 of them. At each mine there are service companies that employ about the same number of people as the mines. Add to that coal trade creating jobs for about 50 thousand people. Private industry working for mining: 160 thousand employees. State electricity companies (four power companies) employ approx. 100,000 workers, private companies providing specialized services in the field of electricity also employ approx. 100,000 people. In total, more than 500 thousand people are employed in conventional energy. The above data indicate that companies involved in the business for the future shape of the Polish energy sector have considerable political capital. More than half a million people employed in these companies represent the potential electorate of the party, which will want to represent their interests in the institutions of the state. This type of calculation usually also takes into account family members of the said workers. It turns out, therefore, that the pro-coal orientation of energy policy has a strong political background, far beyond the traditionally understood mining community.

But still, in an era of high energy prices, people will wonder why they pay so much. It is common knowledge that energy produced from coal is the most expensive, while renewables are the cheapest power source. Will this not affect the support for the transition?

I do not agree that people know that renewable energy is the cheapest. My research shows that a significant proportion of respondents believe that coal energy is the cheapest, and the introduction of renewable energy requires a lot of expensive investments, which we cannot afford. Meanwhile, the major media say little about the energy transition, do not report on the changes resulting from the rapid development of RES technology.

If we want the public to have a positive attitude towards renewable energy sources, then we should implement a 10-year educational programme, from primary, secondary and higher schools to workplaces, offices. This should be accompanied by promotional and information activities on the internet. The problem is that not all politicians, decision-makers, journalists, scientists, lecturers dream of renewable energy. It is a question of divergent interests and values. In other words, the game about the future shape of the energy system in Poland entered a new phase with the war in Ukraine. However, the positions of the main stakeholders have not changed significantly: RES supporters believe that now the advantage of green sources of energy over coal is clearly visible, while supporters of conventional energy herald the coming of a new coal era.

Energy on the ballot in the time of an energy crisis
Coal Energy
“The dispute between ministers reveals the two approaches to the energy strategy of the Republic of Poland, which are fighting for primacy in […]
More

Poland will pay for neglecting the problem in Turów
Coal Energy Environment
We wrote in BiznesAlert.pl that the dispute over the Turów mine between Poland and the Czech Republic is about environmental concerns and a legal […]
More

The deal with miners will collapse if Brussels says no
Coal Energy
On Friday the government signed a deal with mining trade unions. The goal is to prepare ground for future talks on the details of shutting down […]
More