Saryusz-Wolski: the war to stop Nord Stream 2 is yet to be won 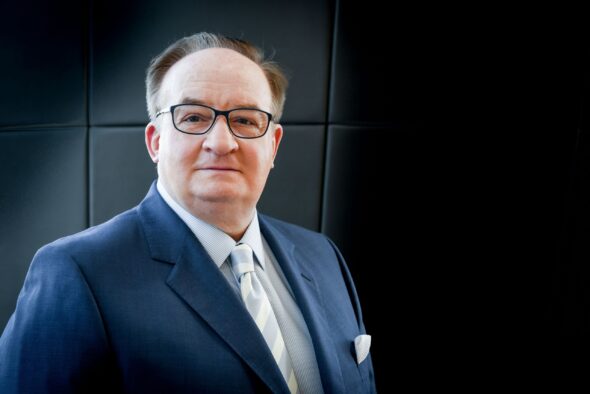 The events that have transpired in the last two months put the Nord Stream 2 issue back on the front pages. The threat of new U.S. sanctions successfully halted the completion of the final section of the gas pipeline, by forcing the main contractors to suspend construction. Many commentators hoped the planned sanctions would be the proverbial final nail in the Russian-German investment’s coffin. Declarations made by the European Commission, which was against the planned sanctions and put into question their legality, added fuel to the fire – Jacek Saryusz-Wolski, Member of the European Parliament, writes.

A new impulse and the peak of outrage

The new impulse was prompted by the poisoning of Alexei Navalny, Russia’s main dissident and president Putin’s opponent. The majority of analysts foretold that Russians themselves contributed to the failure of the investment. One has to admit that there were many factors, which allowed to make such a conclusion. First of all, chancellor Angela Merkel herself, overwhelmed by initial emotions, suggested that the usage of chemical weapons and Navalny’s poisoning, should be met with a proportional reaction, such as a move to definitively put into question Germany’s participation in the controversial project. The Tagesspiegel daily added fuel to the fire on Germany’s political scene, when it revealed that the ministry of the economy, justified the investment with data provided by the Russian company Nord Stream 2 AG, without ever verifying them.

At that point Germany’s political class reached its peak of indignation, but in reality only a few were brave enough to seriously suggest that Germany withdraw from the project. The initial emotions waned very quickly, and the government made it clear that suspending the project wasn’t on the table. Heiko Mass, Germany’s foreign minister, publicly announced that no sanctions should be imposed on Nord Stream 2 because about 100 European companies were involved in the project, half of which were German. This sentiment was echoed by, among others, Peter Altmaier, the economy minister, who declared that the endeavor, which was designed to last for decades, could not be questioned every month so frivolously. When France and Germany finally decided to impose additional, limited sanctions, as a response to the attempted murder of the Russian opposition leader, Nord Stream 2 was not even mentioned in their official declarations. And so everything ended with platitudes and empty promises once more. Yet another time German interests were put above the well-being and security of the entire European community. Berlin gave another example of how the pragmatism of its “Germany first” policy meant more than European solidarity.
These events clearly prove that against the broad optimism, we should be cautious and alert. The war to stop Nord Stream 2 has not been won yet.

Germany’s determination coupled with the EC’s silent approval are not boding well for attempts at halting the pipe’s construction. Undoubtedly, the opponents of the project did manage to score a few wins, such as imposing the amended gas directive on the pipeline, the ruling on OPAL, and PGNiG’s victory in the arbitration court over the pricing formula for gas purchases delivered as part of the Yamal contract. Still, we need to understand that without help from the U.S., it will be difficult to stop the investment. American sanctions play a decisive role in this dispute. Since the beginning, Americans have been uneasy about Nord Stream 2 and have been consistently defending the security of not just our region, but the continent as a whole.

For decades the United States has been heavily investing in Europe’s security, which is being frivolously wasted. When it comes to Nord Stream 2, there is actually a consensus among the U.S. political class, regardless of party allegiance. This is evidenced by, to name one example, Joe Biden’s last week statement in which he openly confirmed his opposition to the gas pipeline. Incidentally, the fact that the European Commission does not want to acknowledge the threat posed by Nord Stream 2 to the security not just of our region, but of the entire EU, is not only disappointing, but most of all petrifying. The EC undermining U.S. sanctions reveals its bias, soullesness and alienation with regard to the interests of Central and Eastern Europe. Its contemptible inertia not only openly cripples the principle of “energy solidarity”, but also ignores the citizens, whose position has been clearly expressed in three resolutions of the European Parliament that condemned the gas pipeline. Paradoxically, even Budgestag’s lawyers confirmed in their analyses that both the American sanctions, as well as the proposition to expand them do not infringe on the international law. This stands in contrast to what the EC and Josep Borrell, the EU High Representative for Foreign Affairs and Security Policy, claim.

Considering this entire situation, one has to ask whether opponents of the gas pipeline in Europe have any room for maneuver left, or whether they are to quietly wait for their American ally to introduce sanctions. It turns out that we have not yet used the entire arsenal of possibilities offered to us by the European legislation. According to a new regulation of the Council and the European Parliament, which determines the framework for monitoring foreign direct investments in the EU, which entered into force on 11 of October 2020, nine member states may force the EC to issue an opinion on an investment that infringes on EU safety, and Nord Stream 2 undoubtedly meets this criterion. This means that if Poland managed to find enough allies, the EC would have to submit the pipeline to scrutiny. We should not forget that the war for energy security of, not only Poland, but of our entire region, is still being waged and that we are not alone on the battlefield.

On March 2nd 2016, nine countries signed a letter opposing Nord Stream 2, those were the Czech Republic, Estonia, Lithuania, Latvia, Poland, Romania, Slovaka, Hungary and Croatia. If they joined their efforts today, they could force the EC to document what threats the gas pipeline poses to the security of Central and Eastern Europe, as well as to the entire European Union.