Second wave of the coronavirus runs the oil market (ANALYSIS) 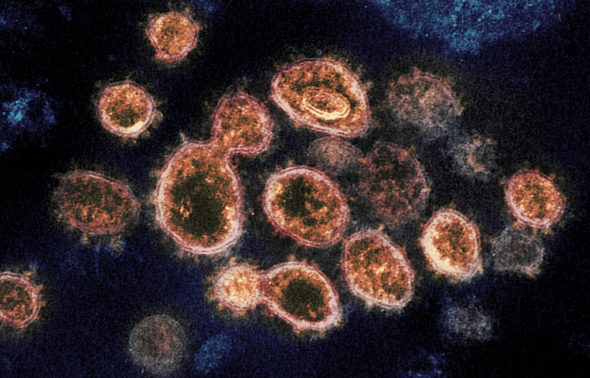 The OPEC+ agreement is not being fully implemented and its future after 2020 is under question. Due to the second wave of the pandemic, the oil price is still determined mostly by the coronavirus – Wojciech Jakóbik, editor in chief at BiznesAlert.pl, writes.

OPEC’s optimism against all odds

The OPEC cartel has recently published its 2020 World Oil Outlook. The report analyzes the impact of the pandemic on the oil market. It forecasts that the global demand for fossil fuels will increase by 25 percent by 2045 despite the pandemic. Oil will have the biggest share at 27 percent. The consumption of gas will grow the fastest among all fossil fuels and will reach 25 percent in 2045. Whereas the share of renewable energy sources in the global energy mix will be growing the fastest, at an average rate of 6.6 percent a year.
OPEC expects that the pandemic will continue to impact the oil market in 2021, and that the demand will go back to normal only partially next year (provided that the virus will be “partially stopped”), and that in the mid-term perspective, which is in a few years, it will recover completely. Despite the current difficulties, in the long-term the demand for oil is to increase from about 100 million barrels a day in 2019 to about 109 m in 2045. One could suspect that OPEC’s moderate optimism about the future, which is completely different to BP’s bombshell report from September where the company foretold the demise of oil, is distracting and is hiding the concern that the second wave of the coronavirus will stop the recovery of oil demand, the prices will plummet again and the OPEC+ will collapse.

The Brent blend has recently gone up, which was caused by the fights in the Nagorno-Karabakh region, and the ensuing political turmoil, but mostly by the concerns over Donald Trump’s health. The U.S. President caught the coronavirus, which generated concerns about how this could impact the November presidential election. This uncertainty caused the oil price to go up by as much as a few dollars. The price stabilized at about USD 43 per barrel. The WTI blend was impacted similarly and now costs about USD 41. However, if no new political tensions appear on the international arena, a drop in prices should be expected.

“Saudi Arabia planned its budget on the assumption that the average price per barrel will be at USD 50 between 2020 and 2023,” Goldman Sachs claims. This assumption might have been made because of the limitations of the Saudi budget, rather than any optimism about the prices going up before the end of year. The Saudis will find it difficult to reach this parameter this year, which will create challenges to the budget because of the profitability of extraction at USD 76 per barrel in 2020 and USD 66 in 202,1 according to the International Monetary Fund (April 2020). Whereas next year the requirements of OPEC+ agreement are to be loosened. The deal has been in place since May 2020. Its goal is to gradually reduce the cuts that increase the oil price. At this point the cuts for all OPEC+ signatories are to be at 5.6 m barrels a day. However, not all countries stick to the agreement. Thirteen slackers exceeded their quotas by 2.375 m barrels a day in total between May and August. They are supposed to make up the backlog by December, but OPEC+ cannot impose any sanctions to discipline them. Iraq is behind the most, as it exceeded its quota by 698 thousand barrels a day. According to the compensation plan, the backlog needs to be made up by the end of the year. However, if this does not happen, OPEC+ will have to decide whether it will indeed lower the cuts to 2 million barrels per day as of January 2021, which would be in line with the deal.

The second wave of the coronavirus, the slow increase in demand for oil caused by the energy transition mentioned in BP’s report and other factors may upend the market recovery by that time. Cuts that are even lower may cause a new price depression, especially if they are introduced at the time when the slackers will be making up for their backlog. Libya’s return to the oil market, and the expected loosening of US policy against Iran and Venezuela in case of Joe Biden’s victory in the November election are also putting a lot of pressure on the situation. When combined, all of these factors may cause the signatories of OPEC+ to come to the conclusion that the agreement no longer serves them and to continue it only partially, with the support of optimistic press releases, and the anguish experienced by some of the member states.

The chance for a price increase lies in limiting investments in existing and new extraction caused by the longer period of lower oil prices caused by the pandemic. If the supply starts to drop, which is possible in the U.S. according to Rystad Energy, then it should partially balance the oil prices that are under pressure from the factors enumerated above. According to Rystad Energy, oil extraction in the U.S. reached its peak in August 2020 by topping at 9.2 m barrels a day. This was a recovery after a drop caused by the coronavirus in March, when the output in the US was at 8 m barrels. Rystad Energy expects that as of September 2020, the production will be gradually going down below 8.5 m barrels a day to go back to normal only in September 2021 and approach to 9 m barrels again.

Coronavirus rules over the market

If this actually happens, in the U.S. and other independent producers on the market that do not rely on OPEC+ either, the reduction in extraction would have to outweigh the increase in supply related to the anguish of the oil deal, and the return of some of the producers to the market and the possibility that others may come back as well. The fate of the barrel remains uncertain and the coronavirus remains the main factor.

The oil agreement is turning into a zombie (ANALYSIS)
Energy
Three OPEC+ countries have announced additional production cuts to the tune of over 1 m b/d until oil prices drop. The coronavirus did kill the oil […]
More

The market will manage without the oil agreement, but petrostates may not (ANALYSIS)
Energy
The oil deal is again waiting for an OPEC+ meeting with the possible participation of the United States. However, cuts as deep as 10 million barrels […]
More