Securitization versus liberalization of Nord Stream 2. Is the gas price crisis a prelude to war? 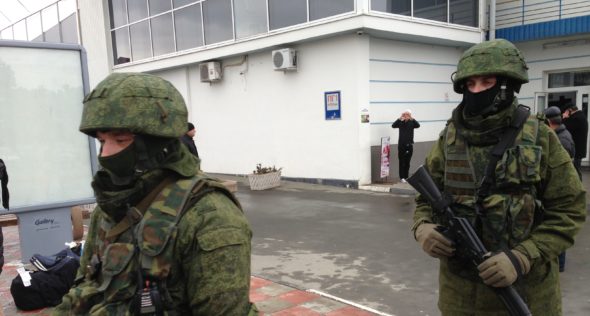 While Poland, Ukraine and other states in Central and Eastern Europe are warning that Russia is already using Nord Stream 2 as a weapon, the Kremlin is spinning a misleading vision of Gazprom and Rosneft competing to try to convince the West that the contentious pipeline can work in accordance with the requirements of the European market. Ukraine warns of a new war in the East – writes Wojciech Jakóbik, editor-in-chief at BiznesAlert.pl.

Securitization is a term used in the discipline of international relations that describes the politicization of a topic to the extent that it begins to be perceived from the point of view of security. In the case of Nord Stream 2, countries such as Poland and Ukraine are actors in international relations pointing to the threat to the security of gas supplies, as well as to hard security, posed by the disputed pipeline from Russia to Germany. These countries, along with other critics of Nord Stream 2, demand acknowledgement that this is a threat to Ukraine’s survival, compounded by the risk of hybrid or conventional operations, which will increase if gas starts flowing via the new route, bypassing the Ukrainian territory. It can be said that the Nord Stream 2 pipeline is already being used as a weapon against the West, because the Russians argue that only its launch will bring down gas prices in Europe, where they are reaching record levels. The Russians are pushing for the Nord Stream 2 to be launched as soon as possible, despite the legal restrictions imposed by the Gas Directive, which obliges it to comply with European regulations of the Third Energy Package, and in spite of the US sanctions that are blocking companies offering technical certification and insurance to it, an issue I wrote about elsewhere.

“(…) Gazprom could deploy supply volatility as soon as the coming winter to sabotage GTSOU’s abilities to fulfil its obligations on the quality and volumes of gas vis-a-vis the neighbouring TSOs in Slovakia, Poland, Hungary and Romania. Such a hybrid strike could help Putin kill quite a few birds with one stone. Angela Merkel promised that the transit through Ukraine will continue, and, when Gazprom drops the gas volumes to the levels where it is better for GTSOU to suspend East-West flows than to continue it, the German Chancellor wouldn’t have to lose face and Putin could blame Ukraine,” warns Mykhailo Gonchar, a Ukrainian expert.

This risk must be considered real. It is no coincidence that despite the fact that Poland is not facing the existential threat of gas supply interruptions, it is still engaged in efforts to stop the Nord Stream 2 at the stage of negotiating the conditions for the pipe going live. Warsaw is driven by issues related to foreign policy, and the need to maintain a stable Ukrainian state that separates Poland from the Russian Federation. From this point of view, Nord Stream 2 is an obvious national security issue to be addressed on the EU and NATO arena. This threat is already recognized by the Americans, so far giving priority to diplomacy with the participation of Germany. The US President’s advisor on Nord Stream 2 Amos Hochstein has warned about gas shortages in Europe due to restrictions on supplies from Russia. The International Energy Agency has appealed to the Russians to increase supply, and argues that they are capable of doing so, despite the objections of Kremlin officials. The US and Germany agreed that new sanctions would be introduced if Russia used gas as a weapon, and at this point it is apparent that this is exactly what Moscow is doing, so implementing new restrictions would be justified. That’s what’s happening.

However, the Kremlin has countered this rhetoric with its own, insisting to the international community that it is limiting supplies to Europe, because it has to fill its own gas storage facilities. Moscow also argues that Nord Stream 2 is a market solution that will provide cheaper gas to Europeans. It also looks like it is ready to accommodate the expectations that it will implement the European Union Gas Directive for this pipeline, by starting an internal debate, albeit difficult to verify, on the old idea of allowing Gazprom’s competitors into Nord Stream 2. Formally, this could be a way to implement one of the requirements of the Third Energy Package – offering free access to the pipe to third parties.

Deputy Prime Minister Alexander Novak reportedly presented to President Vladimir Putin a report on the possibility of granting Rosneft access to the capacity of Nord Stream 2. Gazprom ritually criticized this idea, because now, according to Russian law, it has the exclusive right to export pipeline gas from Russia. However, in the past the LNG export was liberalized to allow competition to join in, including the already mentioned Rosneft and Novatek. So, one can imagine that the Russian law could be adapted to EU regulations again, despite Gazprom’s resistance and the Kremlin’s bulldog fight under the carpet, about which a different text will be written. Such an operation would still require negotiations and approval by the European Commission, and already the time needed to start deliveries via Nord Stream 2 is estimated at eight months – from September 2021 to May 2022. It may be further extended, especially since the Polish PGNiG wants to be included in the certification process of the operator Nord Stream 2 AG, and one or more Ukrainian companies may join the procedure as well.

The idea of granting Rosneft access to Nord Stream 2 is not new. It appeared in the letter of the president of Rosneft Igor Sechin dated August 12, which was sent to the Kommersant daily shortly after the judgment of the court in Germany subordinating Nord Stream 2 to the provisions of the Gas Directive, which was PGNiG’s victory as it demanded such a decision. This correlation in time should not be taken as a coincidence. Meanwhile, back in 2017, Rosneft asked for permission to export seven billion cubic meters of gas annually to the British BP. However, this was a challenge to Gazprom, which did not entail any real action by the Kremlin. The current tales about granting access to Nord Stream 2 to a new company, may be a smokescreen to start deliveries as soon as possible. Finally, it should be kept in mind that Gazprom and Rosneft, which compete with each other on Russia’s internal market and the external LNG market, are tools of the Kremlin’s foreign policy. A formal admission of a third party, in this case Sechin’s company, could be Moscow trying to introduce illusory, moderated competition where the two companies would act as “frenemies” – they would cooperate in areas where they had common interests and compete where there are none. Either way, Gazprom and Rosneft would continue to pursue the Kremlin’s foreign policy, so the liberalization of Nord Stream 2 could be challenged by antitrust authorities such as the Office of Competition and Consumer Protection or others. The road to the actual start of deliveries via Nord Stream 2, even after this process, may therefore be long.