Shagina/Westphal: Gazprom is using geo-economics against Europe. Poland and Ukraine are used to it (INTERVIEW) 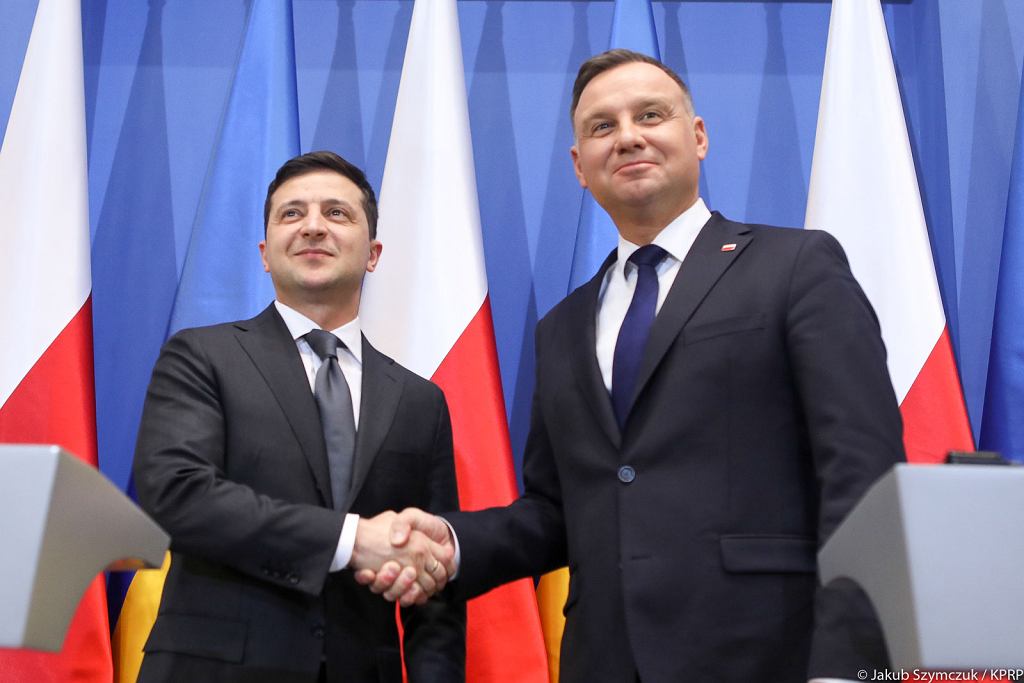 The situation around Nord Stream 2 is toxic. We are downward spiraling into a security dilemma – states Kirsten Westphal. – Gazprom is seemingly using geo-economic measures against Western Europe for the first time. Poland and Ukraine are used to such situations – states Maria Shagina. Both are authors of an analysis on Nord Stream 2 security dilemma.

BiznesAlert.pl: What are the security aspects of Nord Stream 2 discussion?

Kirsten Westphal: The project is janus-faced. It has an economic dimension that is highlighted by the Western companies involved and the German government. It is very important to highlight that economic approach is also driven by the legal framework in Germany. Yet, foreign and security policy aspect are also a part of the German discussion. There is a split within the elite. One part is adhering to the economic narrative. Foreign and security policy experts are highlighting the geopolitical ramifications. These cleavages are running across and not between the political parties. This discussion was lifted to higher level after Navalny’s poisoning and new hybrid threats from Russia we already see.

Maria Shagina: For countries like Ukraine and Poland it is mainly the security issue. Ukrainian narrative around the pipeline changed: there has been a shift from the economic consequences of Nord Stream 2 (up to $2 billion per year  in losses  for the country’s budget) to  the security issues. Ukrainian authorities point out that with the launch of Nord Stream 2 Russia can escalate in Donbas.

There is a debate on how much Nord Stream 2 is a security concern  and it  depends on who you ask. Since Soviet times, the U.S. has historically pushed Europe to minimize dependence on Russian gas. For countries like Germany Nord Stream 2 has been an economic project from the beginning. Germany shifted its  views towards a more geoeconomics approach,  something that is in the U.S.-Germany deal.

What is your assessment of security guarantees from U.S.-Germany deal on Nord Stream2?

Maria Shagina: You can divide this agreement into three blocks: security block is about Russian aggression, the Normandy Format and finally sanctions. Sanctions are the highest safeguard currently. Germany is going to try to push for sanctions against Nord Stream 2 on the EU level if Russia uses energy as a weapon. There is a question if it is a real deterrent to Russia if it launches a full scale invasion in Donbas. EU sanctions need a unanimity vote and we do not know if a next chancellor will be as effective as Angela Merkel. Another block is the nexus between security and economic issues. It is about the prolongation of gas deal post 2024 for another decade. For Ukraine, it is about securing the economic benefits to Ukraine and preserving the gas transit important. The latter is seen from the security point of view because Russia will not be able to launch a new invasion. Germany is to try to prolong the transit deal, but the U.S.-Germany deal did not provide any details on the crucial issues such as volumes and tariffs. Third block is about Ukraine’s decarbonization requiring a lot of capital and technology. The deal offers that to Ukraine in the form of investments into the Green Fund. This element could step up the Ukrainian game for energy transition.

Kirsten Westphal: The time factor play into it, too. We have short term elements that center around energy resilience and actual capacity bookings right now. We have actual midterm issues such as the prolongation of the transit beyond 2024, which have been advanced to an immediate issue. This poses a challenges given the uncertainties around the speed of transformation and delivery contracts between Gazprom and European companies.  A key issue indeed is including Ukraine into European Green Deal and European gas and energy market, but is long-term. Here we talk about gas and hydrogen but also about synchronization of Ukrainian electricity grid with the continental grid of Europe. This is decisive, but not immediately politically “saleable”.

Do you think Gazprom limits gas deliveries to Europe? Should that mean that we need to take into account the security dilemma?

Kirsten Westphal: We have an unprecedented and unexpected market situation, globally. The market has tightened in Europe and elsewhere, the long winter emptied storage facilities in Germany and overall in Europe, there is a strong demand pull on the Asian LNG market. Gazprom obviously is no longer fulfilling its swing role as it has done in the past. The gas storage facilities of its subsidiary Astora are at 10 % only. Among experts there is a vivid debate in Germany and the moment about what is going on. Some argue that  Gazprom is optimizing its revenues after years of losses. In line with the economic narrative they hint to the fire in a processing station in Urengoy, limited production capacities and the need to fill Russian storages for the winter. At the same time, Gazprom’s moves fit perfectly well into the geopolitical narrative that Russia is flexing its muscles in order to show its indispensability as a gas supplier to Europe and how needed Nord Stream 2 is. It bets on Nord Stream 2 being in operation and obviously many traders do so as well without clear incentives to store in. My take is that the situation is toxic, anyway. We are downward spiraling into a security dilemma.

Maria Shagina: The situation is unprecedented because Gazprom is seemingly using geo-economic measures against Western Europe for the first time. Poland and Ukraine are used to such situations. Western Europeans thought that Gazprom will never act against its customers. Gazprom seeks   to speed up the launch of Nord Stream 2 pipeline. For Ukraine it is an additional example of what we should be afraid of.

The current market situation is unlikely to  change the Biden administration’s strategy. The deal is there. I do not think that there will be further development when it comes to sanctions so the next pressure point will be  on the Nord Stream 2’s compliance with the EU’s Third Energy Package.. The U.S.-Germany deal shows that sanctions are not anymore on the table but are directed at minimizing the negative effect on Ukraine. However, there is  strong support in U.S. Congress  to impose new sanctions.

Is the green wave in Germany parliamentary elections to wash out Nord Stream 2 project?

Kirsten Westphal: It is very difficult to predict the result of the German elections. Even if the Greens want to block Nord Stream 2, there is no easy and obvious way forward from a legal and regulatory perspective. You would need to lift it to a high political level and change the law, but there is the prohibition of retroactivity. I expect the construction being finished soon, but the big question is certification of Nord Stream 2 as an ITO and the subsequent regulatory process. From past experiences, this will take quite some time, and will neither be finished nor settled soon.

Maria Shagina: I think there is also a big anticipation in Ukraine that the Greens will stop Nord Stream 2. It is a wrong strategy. It would require the Greens to change the whole narrative of German Ostpolitik. There are powerful  lobby inside business structures, population is favorable to Russia. Just winning the elections is not enough to change that. Perhaps Nord Stream 2 could start the supplies next year. There are still unresolved issues  around certification, plus Poland could make another lawsuit and delay the launch.