SMRs at KGHM and Orlen – state of play 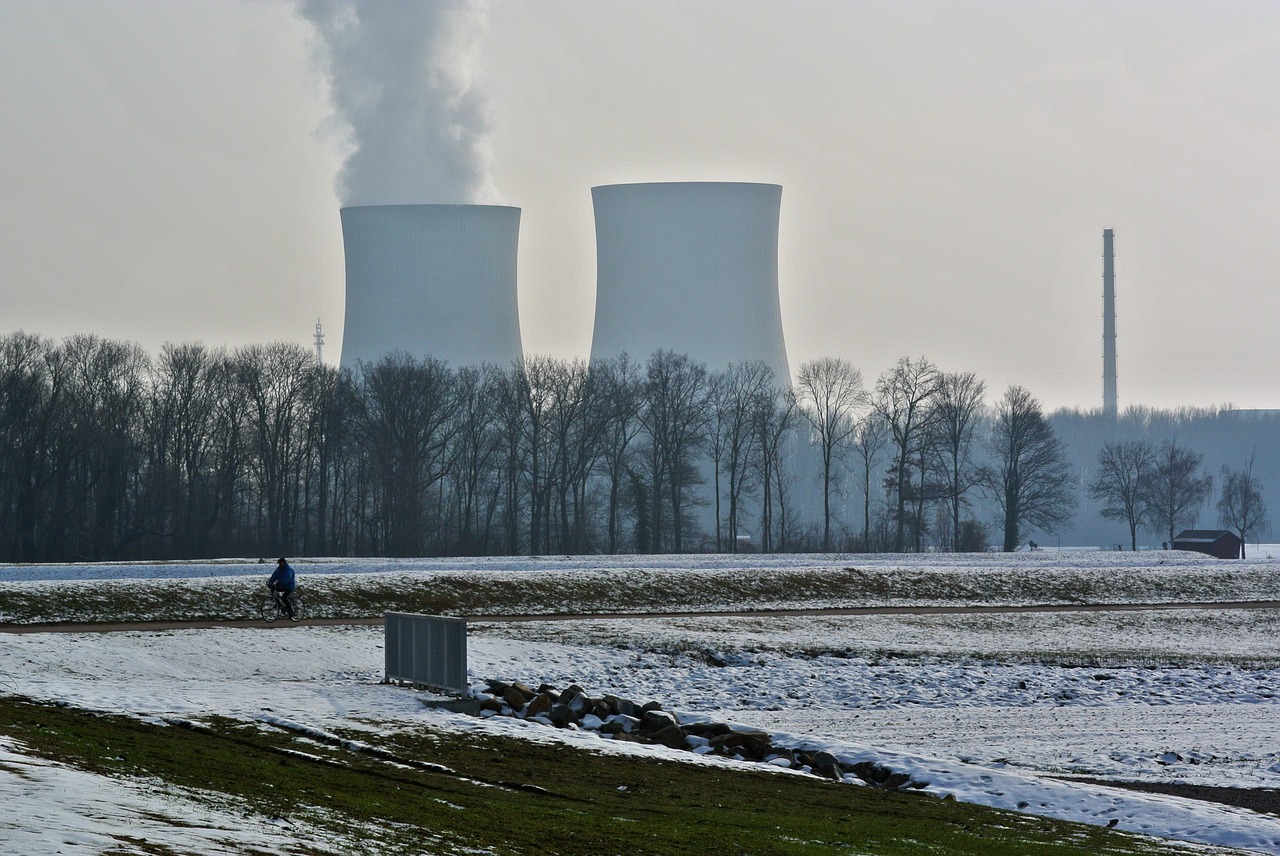 SMR, or small modular reactors, can be a response to the needs of Polish large enterprises that have a serious demand for electricity. PKN Orlen, which is transforming from an oil company towards a multi-energy one, and KGHM, which is the second largest energy consumer in Poland, see this technology as a way to reduce operating costs using stable, low-emission sources. How are both companies working on a small nuclear power plant? – writes Michał Perzyński, editor of BiznesAlert.pl.

Cooperation between KGHM and NuScale

The first major step demonstrating KGHM’s interest in small modular reactors was revealed in 2021, when the company signed an agreement on this matter with the American NuScale. Last September BiznesAlert.pl was present at a press conference held at the Warsaw Stock Exchange. “We are on the threshold of Poland’s energy transition. This is a historic moment, because the transition is not only a challenge, but also an opportunity for the Polish economy. The system will not be stable without nuclear power,” said Karol Rebenda from the Ministry of State Assets. “This is a historic moment for our countries and companies, which are developing a long-term and beneficial partnership. Last year we obtained the necessary certificates and licenses from the US Nuclear Agency for SMRs,” said the president of NuScale John Hopkins.

Commenting on the signing of the agreement, the president of KGHM Marcin Chludziński noted that the nuclear reactor in such a formula allowed to meet a significant part of the company’s needs. “We hope that four such projects will give us energy self-sufficiency. This is a technology developed, tested in the United States, we have found a partner who will give us the greatest feasibility of success. We are taking the first step, we want to start the construction as soon as possible. For us, this is an economic necessity – energy for industry is more expensive, so the bigger the supply of cheap electricity that is not burdened with CO2 levies for emissions, the more efficiently the Polish industry will be able to operate,” Chludziński said at the time. He noted that the costs would be discussed in the second phase of negotiations, much would depend on the final choice of the project size, but it was still too early to talk about specifics. “NuScale’s offer may provide us with an advantage over the standard energy sources we have at the moment. We believe that SMRs are a good addition to large nuclear reactors, and this technology should be as widely disseminated in Poland as possible. The certification process in the US and the European Union is still ahead of us. We want to build these sources for our own needs, it is a contractual issue whether the operator’s services will be performed by KGHM or NuScale,” said the president of KGHM in September.

Radosław Żydok, head of the Department for Transition Projects at KGHM talked about these plans in an interview with BiznesAlert.pl. He said that if, in addition to investments in renewable sources, such as PV and offshore, the company also manages to launch SMRs, then the copper giant would come even closer to meeting 100 percent of its electricity demand on its own. “If it turns out that our energy production exceeds the demand, we will become a seller, and then we will grow another business pillar, independent of copper prices on the markets,” Żydok said at the time. He noted that at that point it was difficult to accurately estimate the cost of these investments. “Some of the technologies that we want to use have not yet entered commercial use. We will present a detailed decarbonisation plan next year. It will include specific investments and costs, which will surely reach billions of zlotys. However, these investments are necessary because we have already estimated the alternative costs that we would incur by not pursuing climate policy, despite the entry into force of the new EU Fit for 55 package. The purchase of energy and CO2 emissions alone would cost us four billion zlotys more in 2030 than it does now, ” Żydok said.

We asked KGHM why the company decided to invest in SMRs. “Based on the carried out analyses and the current strategic directions of KGHM, several low-carbon technologies for electricity generation have been identified, which provide an opportunity for GK KGHM Polska Miedź S. A. to increase production capacity in the electricity system. Among them, SMR technology stands out for its ability to provide a stable, competitive supply of climate-friendly electricity regardless of the changing weather conditions,” the company argued in response to our questions. The copper giant noted that the choice of the location of the planned investment is a complex process, which, in addition to technical analysis, also requires close cooperation between the investor and investment stakeholders, including, in particular, with local communities. “KGHM is carrying out work related to the choice of location in accordance with Polish and international standards,” assured the company, while noting that the preparation of the investment in a nuclear power plant was a complex and multi-stage process. “Currently, KGHM plans to start a pre-licensing procedure before the National Atomic Energy Agency, which will allow to assess the compliance of the reactor design with the Polish requirements for nuclear safety and radiation protection. Work is also underway to prepare a comprehensive feasibility study of the project,” the company said in response. The concern also stressed that it was considering the construction of only one reactor.

When Orlen announced investments in SMRs, it explained that the construction of SMRs was cheaper, less capital-intensive and shorter than the construction of large nuclear reactors with a capacity of approx. 1 GW. “The risk of delay in such investments is much lower, as is the increase in investment costs. Smaller capacity means less investment risk. In addition to gas, there is nuclear energy, including SMRs,” said the Director for Energy at PKN Orlen Jarosław Dybowski. He pointed out that such reactors can also produce hydrogen. Synthos Green Energy became a strategic partner of GE Hitachi Nuclear Energy in the development and construction of the BWRX-300 reactor thanks to the signed letter of intent in August 2020. This is a 300 MW reactor, while the Orlen agreement is broader and also covers micro-reactors with a capacity of 5 MW and small reactors with a capacity of 300 MW. Orlen emphasizes that this project in no way contradicts the government’s plan to build 6 to 9 GW nuclear power plants, that is, the so-called large atom. Orlen explains that due to lower costs, the company, together with partnerships with other companies, can bear the construction costs on its own. Orlen and Synthos emphasize that the small atom is intended mainly for industrial and chemical needs. The location of such small units, one suspects, will be correlated with industrial, chemical and hydrogen production.

During a press conference, PKN Orlen President Daniel Obajtek mentioned the advantages of SMR technology. “The reactor itself is the size of a sports field. The investment process is also much easier. This is a third-generation reactor, fully secured. It does not need an extensive security zone, because it is about a kilometer long. It is also a question of deploying it in the Polish system. The reactor, which has 300 megawatts, does not require the Polish grid to be rebuilt, as it has a relatively small capacity. It produces energy and heat, and can be used at CHP plants. It generates enough energy to meet the needs of a city with about 150 thousand residents. We have to move fast, we don’t have time. In order to realize such an investment, it is necessary to make decisions and be the first in this area,” said Obajtek. The company from Płock (Orlen – ed.) assured that the construction of small nuclear reactors can also contribute to economic growth in Poland and provide new jobs. “We estimate that half of the costs associated with the construction of small modular reactors can remain in Poland. This is very important for us, because it will contribute to the systematic strengthening of the domestic economy,” said Obajtek. According to him, the cost of producing 1 MWh from a small reactor will be cheaper by about 30 percent compared to the cost of energy from gas. “A small reactor with a capacity of approx. 300 MWe is able to annually produce enough energy to power a city with 150 thousand residents. The estimated cost of producing 1 MWh of electricity will be about 30 percent lower than in the case of energy from gas,” said the president of Orlen.

PKN Orlen and KGHM are not the only ones interested in SMR technology. Grupa Azoty amd ZE PAK are also looking into it. Therefore, the plans of the company from Płock and the copper giant represent a kind of experimental ground, especially considering the fact that the way to them has not been yet paved in Europe. Other players from Poland and abroad will certainly pay close attention to the process of business negotiations, and how things will go in relation to the regulations, and finally the construction. They will be learning, perhaps from their own mistakes as well. There are certainly risks involved in following the path of a pioneer in this area, but as we know – those who do not take risks do not drink champagne.