Are Korean APRs the future of the Polish nuclear sector? 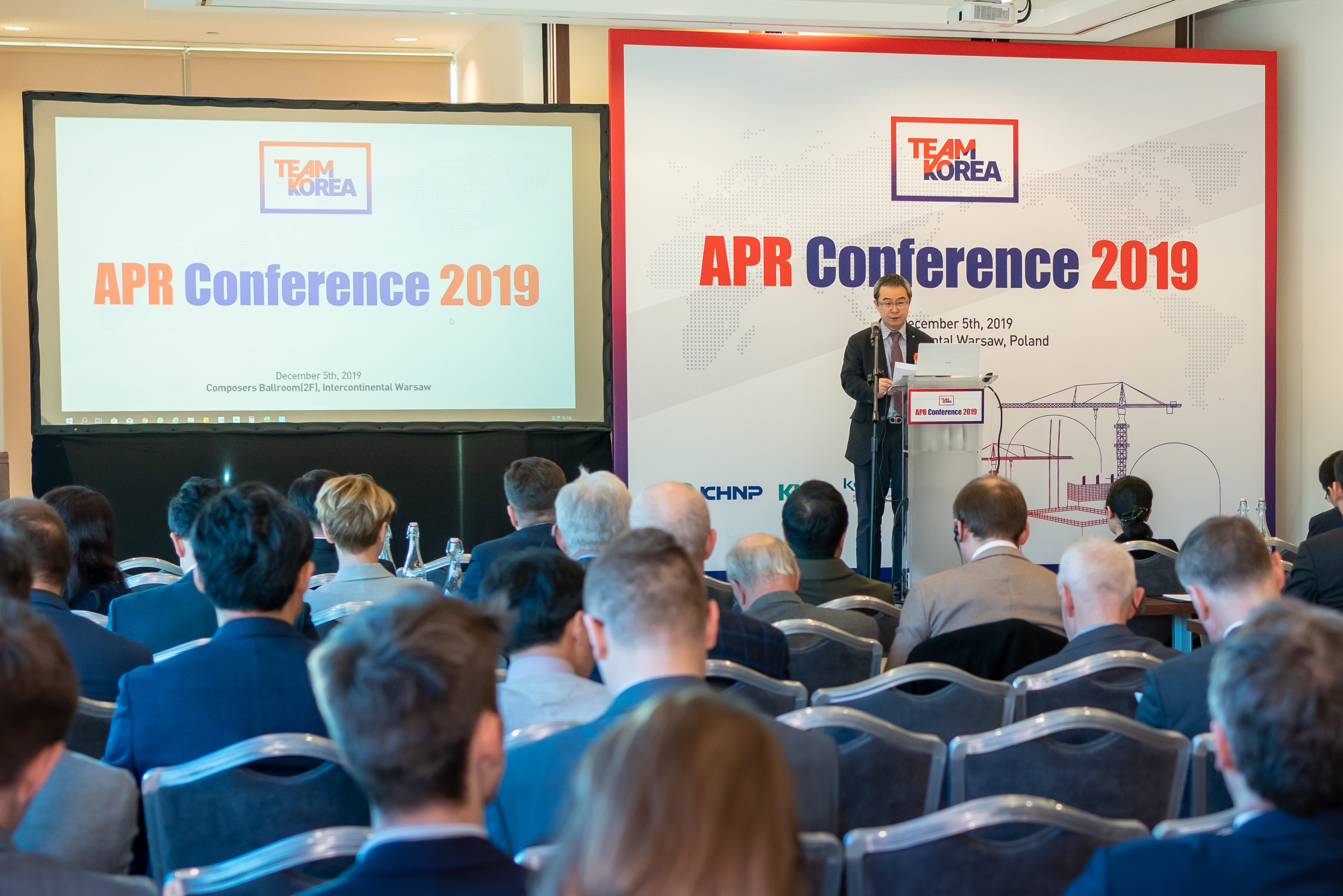 KHNP, a leader in the global nuclear industry, organized in Warsaw a conference on innovative APR reactors. Representatives of the business and energy sector took part in talks on the future of the nuclear power industry and focused on the APR1400 developed by KHNP, which is the first “non-US type” reactor certified by the US Nuclear Regulatory Commission (NRC).

The future of the energy sector will be shaped by nuclear power. That’s the conclusion of the APR Conference 2019 in Warsaw, which is hosted by the Korea Hydro & Nuclear Power (KHNP) company, the Korea Nuclear Association (KNA) and Korea Trade-Investment Promotion Agency (KOTRA), and sponsored by the Embassy of the Republic of Korea in Poland.

– We are paying attention to the fast pace of Poland’s development, its economy and efforts to introduce nuclear energy into the energy mix. We know that Poland is increasingly interested in nuclear reactors. We are happy that so many Polish entrepreneurs are interested in nuclear energy. We would like to familiarize Polish entities with issues related to our technologies – said the representative of KHNP, Mr. Yong-Woo Yoon, VP and Head of the KHNP Europe Office. – We are pleased to hold one more conference in Poland about nuclear power and its future. Last year, we had the great pleasure to organize a Polish- Korean Nuclear Forum. KHNP is interested in participating in the Polish nuclear power program.

The APR Conference was devoted to the APR-series of Korean reactors and KHNP’s experience in construction in the nuclear power domain.

– As Poland proceeds with the energy mix and transition policy to guarantee energy security and continued economic development, Korea is willing and ready to contribute and cooperate by sharing our experience of building upon nuclear energy technology. We hope APR Conference 2019 will be the beginning of our successful mutual cooperation in nuclear energy. – said Ambassador Mira Sun, the Embassy of the Republic of Korea in Poland.

The event was divided into four sessions – the first session was focused on the Nuclear Power Program in Poland and the EU and Korea’s self-reliance in the field of nuclear power. Korea has evolved from an importer of nuclear technology into one of its biggest exporters. Starting in 2009, Korea has sold its nuclear power solutions globally.

During the next session representatives from the sector talked about design characteristics of the Korean reactors and cooperation with local communities and NGOs. The Advanced Power Reactor (APR) developed by the company is one of the most innovative systems in the world and one of the biggest achievements of KHNP. The APR1400 is an evolutionary pressurized water reactor with a thermal output of 4000 MWth. In August 2019 it was certified by the US Nuclear Regulatory Commission (NRC). Two years earlier, the European Utility Requirements (EUR), a technical advisory group for European utilities on nuclear power plants, approved the APR1400. Because of this approval, the company can supply a nuclear reactor compliant with European requirements. The APR1400 features improvements in safety, operation, and maintenance.

Doosan Heavy Industries & Construction, the Polish National Center of Nuclear Research, Daewoo& Doosan and KINGS were the participants of the third panel. Its topics were related to manufacturing main equipment for nuclear power plants (NPP), HR development in the nuclear sector in Poland, and Capabilities of Korean construction companies in the construction of nuclear power plants. The last session focused on Korean Nuclear Fuel Technology, which has been steadily developed in many domestic R&D programs. The main speaker was a representative of the KEPCO NF.