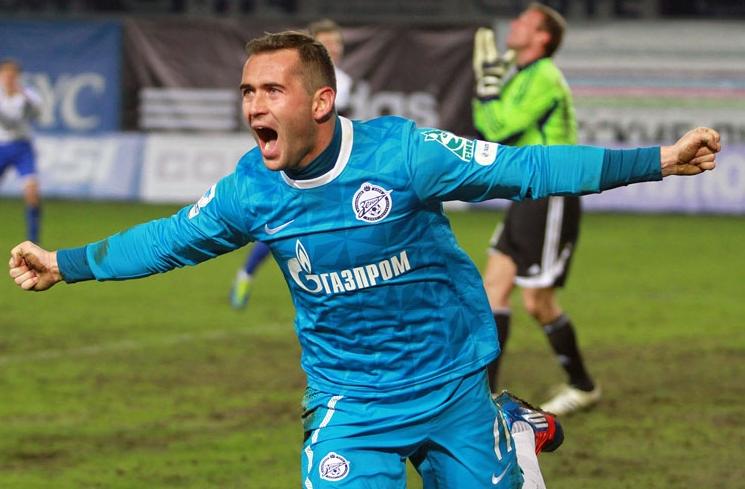 In 2005 Gazprom started a hot affair with football. Surely, it must be just a coincidence that it happened exactly at a time when the Nord Stream project, which needed to be legitimized in Europe, was launched. The key to making the company seem friendly, professional and mindful of social relations was no other than football – Jędrzej Stachura, editor at BiznesAlert.pl, writes.

Gazprom, an international gas tycoon from Russia, has made itself at home at European football stadiums. How did that happen? For years the company has been investing heaps of money in football, which made it one of the biggest players on the market.

Let’s start with football, but in Russia. That’s where Gazprom started a serious foray into the game. In 2005 it shelled out for Zenit St. Petersburg, a leading team in the Russian league. The club achieved its biggest victory when it won the 2008 UEFA Cup, which made an impact on how Gazprom was perceived in Europe. The victory showed that the money invested in the country improved the company’s image abroad.

A little earlier, before the success in Europe, Russians had taken a step to make a permanent impression on European football fans. In 2006 Gazprom signed a deal with Schalke 04, one of Germany’s biggest clubs. As one may expect sport wasn’t the only reason behind the agreement. The German team is part of a coal mining community from the city of Gelsenkirchen, which is located in the industrial Ruhr area. Contrary to other football sponsors, Gazprom does not directly sell goods on consumer markets, it trades with governments. This reveals why the club located in Gelsenkirchen was picked. The region is the cradle of football in Germany, but in the past it was also the country’s main source of coal. This move proved to be brilliant. Gazprom’s logo got comfortable on the t-shirts of Schalke’s players who also played in European championships, which instantly made Gazprom recognizable in Europe.

On to the world

In 2012 the energy tycoon made its biggest move yet to improve its image, a decision thanks to which its name is still associated with European football – the company became the official partner of the UEFA Champions League, the biggest club football competition in Europe. The cooperation has opened huge marketing opportunities for Russians and was the key to polishing its image on the Old Continent.

In 2018 Gazprom was the sponsor of the World Cup in Russia. In a way it was an obvious choice, because the company is from Russia. And so, step by step, Russians have climbed the sponsoring ladder to reach as many fans as possible.

Why did Gazprom get engaged in sport so much? Is this just about the image, advertising and sharing emotions with the fans? Sponsoring important European cups has made Gazprom recognizable among Europeans, which has made a rather positive impact. An average football fan usually doesn’t dive deep into issues, and has a positive attitude about companies that support sport.

Still, there have been instances when the Russian company had to face criticism. For example, in 2013 Greenpeace activists flew a banner with the caption “Don’t Foul the Arctic” during a Schalke match. Greenpeace was protesting against Gazprom’s exploration for oil in one of the world’s biggest ecosystems.

Gazprom’s actions may have political ends. After all, wouldn’t it be naive to assume that Gazprom launching Nord Stream and intensifying its football sponsorship at the same time was just a coincidence? Today the Nord Stream 2 project is making headlines, and again Russians need political and social acceptance in Europe to complete it. The controversies around the endeavor are mounting, and Europe is watching what the Russian government and Gazprom are doing.

Russians understand that public perception is important and may tip the scale when it comes to the success of the investment. The question is whether, once Nord Stream 2 is done, Gazprom will change its sponsorship policy and take a different route to prepare ground for new endeavors.

It has become apparent that Gazprom is using soft power to promote its policies. According to Joseph Nye, creator of the idea and political scientist, soft power means the ability to use the attractiveness of sharing common values to encourage others to want what we want, but out of their own will. Sport allows Russia to use soft power to obtain more leverage, as it uses this tool to supplement less friendly actions, such as shutting down access to gas for those of its clients whose policy the Kremlin doesn’t like, e.g. Ukraine.

In case of Nord Stream 2 itself hard power is involved as well. It is the potential that stems from geostrategic and economic factors. Thanks to its geographic location Russia has access to huge gas deposits, and Nord Stream 2 will allow it to export this raw material to Western Europe. Interestingly, the pipe is promoted with soft and hard power tools. The Nord Stream 2 AG company, which is responsible for the project, also sponsors the European Handball Federation Champions League.

Russians are pursuing both strategies and skilfully use sport for political purposes. For 15 years they have been present on Europe’s football fields and it looks like they are implementing a well-planned strategy. Perhaps soon they will reap the benefits and complete the Nord Stream 2 project. Sponsoring European sport is part of Russia’s foreign policy, so it’s no wonder that it may bring measurable benefits now. This march could only be stopped if European countries decided to impose sanctions on Gazprom. However, since they are involved in shady businesses with Russia, sport being just the tip of the iceberg, none of them will actually try that.

Morawiecki: Nord Stream 2 as a bridge to Russia is a recipe for disaster
GAS Nord Stream 2
Polish Prime Minister Mateusz Morawiecki, once again referred to the words of the German president Frank Walter Steinmeier about the need to maintain […]
More