Taiwan may drive China out of Central and Eastern Europe 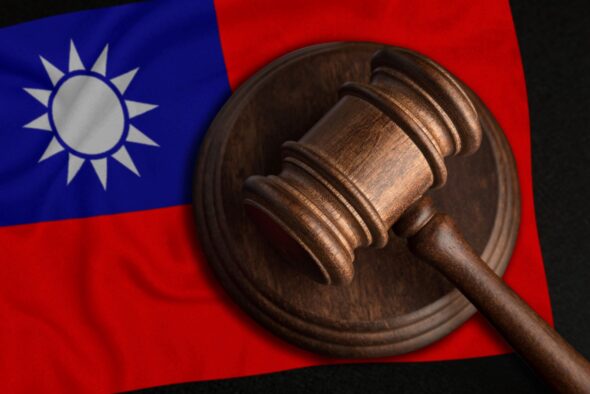 In recent months Taiwan’s actions on the international arena have become a hot topic. The island’s increasingly strong ties with the rest of the world, and in particular with Europe, are making politicians in Beijing restless. The Taiwanese are becoming a serious competitor to the Chinese in Central and Eastern Europe, which is slowly succumbing to the charm of the Asian islanders – writes Jędrzej Stachura, editor at BiznesAlert.pl.

2021 has not been the happiest period in the history of relations between China and Europe. It would be an understatement to say that the Chinese are unlucky. Clearly, they have had bad luck, as evidenced by the dragging Huawei case, the latest “scandal ” with Taiwan, or the growing skepticism of Central and Eastern European states, including Lithuania and Czechia, about cooperation with the Middle Kingdom. Why so much is falling on China’s sore shoulders? Everything happens for a reason.

In February 2021, the Lithuanian Parliamentary Committee on Foreign Affairs announced that the country would leave the 17 + 1 format. After the Lithuanians left, the name of the agreement changed to 16 + 1. The goal of this project is to promote business and investment relations between China and 16 states from Central and Eastern Europe. Lithuanians explained that the reason behind their resignation is China’s efforts to seize strategic infrastructure in various countries. According to the chairman of the Committee Žygimantas Pavilionis, Lithuania should focus on cooperation with the democratic countries of the region.

A few days ago, when Lithuania allowed Taiwan to open an embassy in Vilnius, China reduced diplomatic relations with it to a minimum. Beijing considers Taiwan to be part of China, but the latter wants to be seen as independent. Lithuania fiercely defends its right to independent relations with the island, and argues that it does not come into conflict with the One China policy, which is a diplomatic recognition of China’s position that there is only one Chinese government. “The program of our government says that we want to cooperate with Taiwan in economic, cultural and scientific areas. However, I want to emphasize that this step does not mean a conflict with the One China policy,” said the Prime Minister of Lithuania Ingrida Šimonytė. Moreover, Lithuania has announced that it plans to open its place on the island.

The embassy of Taiwan in Lithuania is not evidence of official diplomatic relations, but may be a sign of strengthening ties between the two countries. The new office is called “Taiwan”, not “Chinese Taipei”, which is used by the Republic of China in many international organizations, due to the objections of the People’s Republic of China. This is the first new diplomatic outpost of the island in Europe in 18 years. Taiwan has few allies with whom it maintains formal ties, precisely because of pressure from China. The Ministry of Foreign Affairs in Beijing believes that the establishment of an embassy in Lithuania undermines the sovereignty and territorial integrity of the PRC. The Chinese are talking about the emergence of a harmful precedent in the international arena.

It is worth noting that in 2020, Taiwan and Somaliland, an Islamic republic not recognized by the international community, located in East Africa on the Gulf of Aden, opened diplomatic missions on each other’s territory (using the title “Taiwan” on this occasion), but unlike Lithuania, Somaliland has no diplomatic ties with Beijing.

The relationship between Lithuania and Taiwan has flourished since the signing of the memorandum of understanding, under which they are to jointly promote the development of semiconductor manufacturing and biotechnology. The agreement also provides for the development of the semiconductor industry, life sciences, biotechnology, laser and satellite technologies, crystal research and the finance sector. The Taiwanese handed over to Lithuanians ten police drones and 400 ecological blankets. They stressed it was their way to support Lithuania in border protection and provide assistance to refugees.

Currently, Taiwan maintains formal diplomatic relations with only 15 countries, most of which are located in Africa and Latin America. The new embassy could be a message to China that parts of Europe are beginning to seek closer ties with Taiwan, despite pressure from Beijing.

In recent weeks, the Czechs, who also recognize the island as an independent member of the international community, have also been at the forefront of the dispute over Taiwan. China, of course, condemned the idea and threatened to take “reasonable countermeasures” that would harm Czech interests. Thus, the war of words between China and the Czechs, who have repeatedly hosted Taiwanese officials and visited Taipei, is intensifying. In 2020, Beijing called the chairman of the Czech senate Milos Vystcil the enemy of 1.4 billion Chinese. This happened, because a large delegation, including the mayor of Prague Zdenek Hriba, visited Taiwan. “Taipei is the sister city of Prague, and I would like us to further strengthen this alliance. We share similar values and I believe that we can cooperate constructively in many areas, such as smart technologies, ” Hriba said in an interview with the Krytyka Polityczna journal. Vystcil rejected the comments from China, which sees the recognition of Taiwan as a violation of the concept of One China. “It is the duty of the Czech Republic to show our view of democracy, freedom and the rule of law. The Czech Senate supports Taiwan’s inclusion in international organizations, ” Vystcil said.

Why does Europe choose Taiwan?

First of all, it is worth asking why Taiwan is an attractive candidate for cooperation from a European perspective. The economy of Taiwan (no. 21 in the world) is based on modern technologies and innovations. When buying electronics from HTC, Acer or Asus, we may not realize that these companies originate from there and also produce equipment there. High exports and a current account surplus make Taiwan an interesting candidate for a partnership.

A dozen years ago, negotiations with Taiwan were not the easiest, which is exemplified by the year 2013 and the opening of that market to Polish pork. It was the first official document on Polish-Taiwanese cooperation in the food sector. The consent of the government for the export of pork from Polish establishments was the culmination of negotiations that had been going on since 2006, i.e. almost eight years. Poland then gained access to the heavily protected Taiwanese market and overtook the other applicant countries of the European Union: Austria, France, Sweden and Spain. This undoubtedly enabled Polish companies to gain a significant competitive advantage on the local market.

In recent years, negotiations with Taiwan have looked very different, and countries such as Poland are increasingly looking towards east Asia. It is worth mentioning, for example, the Polish-Taiwanese agreement on avoiding double taxation from 2016, or the agreement on cooperation in the field of science and higher education. The most recent example of this dialogue is the conclusion of the agreement on principles in criminal matters in early 2021, which talks about mutual legal assistance, rules on extradition or the provision of information on the law and practice of its application. Therefore, Poland has foundations on which to build further cooperation with Taiwan.

However, this does not mean that Poles are cutting themselves off from cooperation with China. Interestingly, as one of the few countries in the region, it is trying, at least at the moment, to maintain good relations. This is evidenced, for example, by the participation of President Andrzej Duda in the recent 16+1 summit, and his recent conversation with the chairman of the Chinese Communist Party, Xi Jinping.

The negative attitude of some countries, which, after all, initially undertook cooperation (that is, they wanted to work with China and saw an opportunity in this), does not come from nowhere. Government institutions and the media from all over the world report again and again about Chinese espionage, new events in the Huawei scandal or violations of international law. Because of this the atmosphere around China is starting to sour. Therefore, Central and Eastern Europe can start betting on Taiwan.