The Commission for BA: we are looking at the allegations against Gazprom 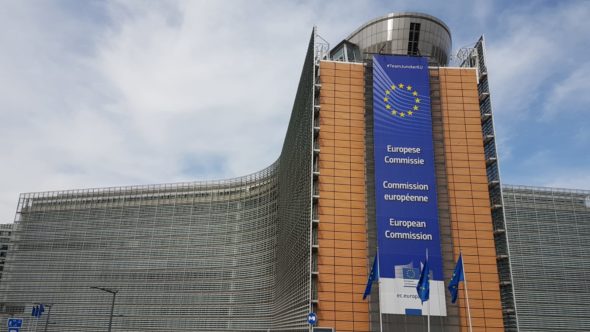 The European Commission is investigating whether there is evidence of a breach of market rules by Russian Gazprom. Poland and other critics of Russian actions are demanding a second antitrust investigation.

– The Commission is currently looking into all allegations of possible anti-competitive conduct by companies producing and supplying natural gas to Europe with a view to verifying whether the current situation on the wholesale gas markets in Europe can be attributed to commercial conduct by market participants. To this end, the Commission has sent out questionnaires to several market participants, including Gazprom – said the press office of the European Commission in the commentary for BiznesAlert.pl.

– A breach of the EU competition rules can only be found if there is evidence demonstrating the existence of an agreement or concerted practice that restricts competition (Article 101 TFEU) or abusive conduct by a company holding a dominant position on the market concerned (Article 102 TFEU). While EU competition law, in principle, does not allow for intervention aimed at generally increasing supply or decreasing wholesale prices of natural gas, it can address possible distortions of competition by companies active in European gas markets in order to restore competitive market conditions. This in turn can help ensure reliable and sustainable supply of energy at affordable prices – the EC responded.

EU officials informed journalists, including BiznesAlert.pl, that an anti-monopoly investigation into a possible abuse of its market position by Gazprom had already started. – The investigation is already ongoing and the General Directorate for Competition is being conducted – said the EU official in an interview with BiznesAlert.pl. – The European Commission sent a request for relevant information to be provided to the main supplier (i.e. Gazprom – ed.). The investigation requires gathering evidence, so no more information can be presented yet, he revealed.

The first anti-monopoly investigation ended with a settlement which, according to Gazprom’s critics, did not change the company’s behavior. In their opinion, Gazprom is abusing the market position and limiting gas supply in the times of the energy crisis in Europe.

Did the compromise with Gazprom heal the gas market? Saryusz-Wolski: “The EC avoids […]
GAS
Six months have passed since the settlement of the European Commission and Gazprom in the course of the antitrust investigation. According to Jacek […]
More