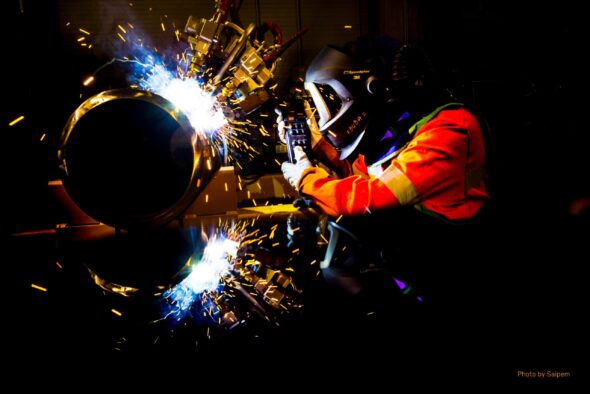 Delays in LNG projects in the US may cause panic similar to the one we witnessed when the Baltic Pipe stumbled into problems in Denmark. Gas import to Poland from countries other than Russia is safe, but the history of diversification will not end with the expiration of the Yamal contract. Does this mean that the liberalization of the gas market will be postponed again? – asks Wojciech Jakóbik, editor in chief at BiznesAlert.pl.

The Baltic Pipe will be completed with a 3-month delay, which is not an issue. Similarly the setback facing an LNG project, which is to provide Poland with gas that will be then sold on world markets, is not a problem as well. However, due to the ever increasing demand for gas, Warsaw is already looking for new sources to go unscathed through the watershed 2022 when the Yamal contract with Russians will end. It has been announced that the construction of the Baltic Pipe will end in December 2022. Still, part of the 10 bcm capacity will be available on the original deadline – November 2022. Poland’s PGNiG booked 8.2 bcm out of that volume, but it is unclear whether the company will be able to tap into that amount already in October 2022. To patch things up temporarily Poland could sing a spot contract, which should not be a problem.

Issues with LNG for the domestic and global markets

Apart from the challenges facing the Baltic Pipe, there are also other problems that are beyond Poland’s responsibility. The Plaquemines LNG terminal in Louisiana, which is supposed to provide gas for the PGNiG-Venture Global LNG contract is to start commercial work in 2024, provided that the final investment decision is made in mid-2021. Whereas the deal with PGNiG was supposed to enter into force as of 2023. Poles decided to increase shipments from that facility from 1 to 2.5 million tons a year (1.35 – 3.38 bcm annually). The Calcasieu Pass, Venture Global’s second LNG terminal, is to provide a million tons of LNG (1.35 bcm a year) as of 2023, and so far has not reported any delays. However, the narrative that may be spun around the world is that Poles are having issues with LNG supply to Poland. Yet, the contracts with Venture Global LNG include the free on board clause, which puts the responsibility for the load and for the price fluctuations on Poland. This means the goal of buying the gas is to resell it on the global market, not in Poland, and reap the premium for reexport. Part of Poland’s LNG demand will be covered by the PGNiG-Cheniere Energy deal, that will provide 0.53 million tons of LNG (0.7 bcm) between 2019 and 2022, and 1.45 m tons a yar (1.95 bcm) between 2023 and 2042. The contract includes the delivery ex ship clause, which means Americans are responsible for the cargo until it is unloaded. That means the gas price is guaranteed, making it competitive. Another American LNG facility – the Port Arthur LNG terminal – has already been delayed, and the final investment decision on this project is to be made as late as in 2022. PGNiG signed a 20-year contract for 2 million tons of LNG a year (2.7 bcm after regasification) as of 2023. It may turn out that the gas will be available later on, whereas according to the declarations made in 2018, it is supposed to be sold on the Polish and European markets, not at a global scale. It is worth summing up all of the above with the statement that LNG projects around the world are facing a difficult situation. One of the reasons behind this is that they are in huge oversupply, second is that the demand has slowed down, which has been exacerbated by the coronavirus and decarbonization. All of those factors are contributing to making such projects less attractive in the West, where American and Polish companies, such as PGNiG, operate.

In 2020 PGNiG brought in 3.76 bcm of LNG to Poland (25.4 percent of the entire import). The Russian gas that was transmitted into Poland on the basis of the Yamal contract with Gazprom reached a volume of 9 bcm (60 percent). The remaining gas was delivered via connections with Poland’s neighbors, that figure amounted to a little over 1 bcm out of the total import of 14.79 bcm. Poles could already start lowering their purchases in Russia if it wasn’t for the take or pay clause in the contract with Gazprom, which forces Warsaw to pay for the minimum volume that is estimated at about 80 percent out of the 10.2 bcm a year until the end of 2022. Poland’s PGNiG was planning to have 9.3 bcm of liquefied gas from the US in its portfolio in 2023, including the above mentioned contracts for the global market. Even though one of those projects, which was to yield 3.38 bcm of gas a year has been delayed, issues on Poland’s domestic market are unlikely, provided that the goal was to sell the gas outside of this market from the get go. There will still be about 6 bcm of LNG from the US, and 2.7 bcm from Quatar until June 2034. So, Poland will import a little less than 9 bcm of LNG in 2023. The LNG together with 8.2 bcm of gas from the Baltic Pipe will ensure up to 17.2 bcm outside of Russia. The domestic production should stay at about 4 bcm a year, while PGNiG is working on maintaining this output thanks to the Smart Field technology, which makes it possible to increase gas extraction even to 11 bcm, and extend the life span of individual mines even by a decade. In a different article I have indicated that according to my calculations Poland will need an additional 2.1-3.8 bcm of gas. To get it, Warsaw will use connections with neighbors, such as the Poland-Lithuania gas pipeline, which is why it is in talks on, among others, booking the FSRU in Klaipeda for a long time. Before the Polish LNG terminal is expanded and before Warsaw brings it own FSRU to the Bay of Gdańsk (4-8 bcm a year), it will use other connections, including the reverse flow on the Yamal pipeline. However, the issues at Port Arthur LNG may deprive Poland of another 2.7 bcm a year, that is of course if Americans are not able to meet their contractual obligations in a different way, which they should as they may pay penalties for delays. If that happens it will be necessary to buy the gas from somewhere else.

“Diversification will be accomplished when on the market not one cubic meter of gas transmitted to Poland will depend on a political decision or on the policy of a monopoly. Completing all of Gaz-System’s strategic investments, including the Baltic Pipe, will lead our market to this point,” Tomasz Stępień, CEO of Gaz-System, told BiznesAlert.pl in an interview. This will be the case, but for this to happen diversification will have to be continued beyond 2022. The continued fight for diversification after 2022 may mean that the end of history on the Polish gas market, of which I wrote back in 2018, will actually not happen. Therefore, the proponents of a hard-line approach may argue that the liberalization of the market should be postponed, because PGNiG should keep its strategic role, even after the merger with PKN Orlen.

What after the Yamal contract? Naimski: the future is open
GAS Norwegian Corridor
Government Plenipotentiary for strategic energy infrastructure Piotr Naimski took part in the conference “The Future of Energy Summit” […]
More

Stępień: Baltic Pipe is key for Europe’s energy security
GAS Norwegian Corridor
The co-operation of Poland and Denmark on the energy security and the diversification of the directions of gas supplies in Central-Eastern Europe and […]
More