The fight for Saxony-Anhalt. Greens are behind, CDU is back in the game 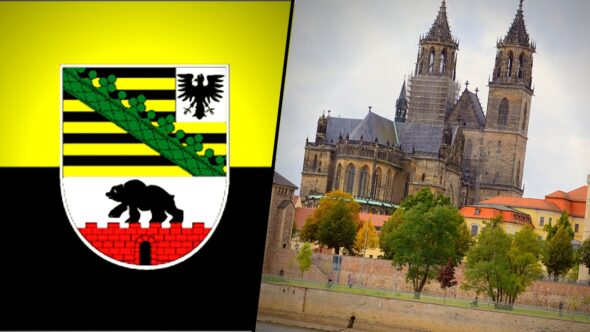 The German Superwahljahr is in full swing. Last Sunday a state election in Saxony-Anhalt, the poorest state in the republic that is also struggling with lignite phase-out, took place. The election results are a conspicuous success of CDU’s new chairman Armin Laschet and the state’s Prime Minister Reiner Haseloff, whereas the Greens and AfD are the biggest losers. Energy issues played no small part on this political battlefield – Michał Perzyński, editor at BiznesAlert.pl, writes.

Let’s start with the results – CDU’s was very good – 37.1 percent, which is a 7.3 percent increase in comparison to the previous election in 2016. The radical right AfD came in second (20.8 percent, a drop by 3.5 percent), Die Linke was third (11 percent, drop by 5.3 percent), followed by SPD (8.4 percent, drop by 2.2 percent), FDP (6.4 percent, up by 1.5 percent), and the Greens (5.9 percent, up by 0,7 percent). The Christian democratic success is huge and will give the party a strong starting point during coalition talks – until now the so-called “Kenyan coalition” between CDU-SPD and the Greens has been in place (black-red-green). From a mathematical point of view it could stay this way, but it is equally probable that its smallest member – the Greens – could be replaced with the liberal FDP. All parties reject on principle any form of cooperation with Alternative for Germany, which significantly limits the number of coalition options.
The state Prime Minister Reiner Haseloff (CDU), the main winner of the election talked about “a clear message to the outside world”. The state election is considered the final test before the federal election in September. CDU’s General Secretary Paul Ziemniak also attributed the victory in Saxony-Anhalt to the state Prime Minister Haseloff, unity and “a center profile”; he also spoke about an “amazingly good result”. Whereas the SPD Secretary General Lars Klingbeil said that “it is not a good result, we hoped for a lot more”. He also congratulated the winners. Whereas Susanne Hennig-Wellsow, co chairwoman of Die Linke admitted that the Saxony-Anhalt election was a failure of leftist parties. “There is nothing to hide. Together the right-wing parties have over 60 percent,” she admitted. Until 4 pm the turnout was at 41 percent. In 2016 it was 47.1 percent by 4 pm and 61.1 percent by the end of the voting time. This year’s lower turnout was mostly caused by the pandemic – social distancing and disinfection rules as well as mask wearing were binding in all 2240 polling stations, and many citizens voted by mail.

CDU Chairman takes a jab at the Greens

During the election campaign CDU visibly attacked the Greens, which was a novelty. At the CDU conference in North Rhine-Westphalia, Laschet stressed he wanted to fiercely fight for becoming the chancellor, and that he did not believe in the Greens’ latest ideas for the fight against climate change. He accused the party of imposing “petty bans”. “CDU is the party that is fighting for a large project that will make Germany climate neutral,” the CDU Chairman said last Saturday in Düsseldorf. “The discussion on whether fuel prices should be this or that high, or whether the domestic flight traffic in Germany should be limited is fragmentary. We should create incentives to invest in production that is climate neutral. CDU does not want to pursue a policy of bans, sacrifices and losses, we want to introduce a policy of innovation, impulses and ideas. This also includes competitive taxing for companies. We should not believe that politics can regulate every detail of the economy via the law,” Laschet said in his speech. “I want to be the next chancellor of the German Federal Republic. We will achieve this only if we are united. Our political competitors need to know who they are dealing with. I will do my best to make sure Germany is well governed, even after Chancellor Angela Merkel,” he said.

The CDU Chariman’s speech was an all-out attack on the Greens, which at this point are the party’s biggest rivals in the September election to the Bundestag. The Greens’ candidate for chancellor Annalena Baerbock supported higher fuel prices in an interview with Bild. According to their plans the prices should should go up in the coming years, which had been previously planned. “The price of fuel needs to go up by EUR 16 cents,” Baerbock said. While Laschet also supported alternatives to avoid short-distance flights in Germany. “We want to make it possible to drive quickly between Düsseldorf and Berlin,” Laschet explained. He also added that in France, thanks to the TGV trains, flights were no longer cost effective. “However, when new rails were built in Germany, the Greens launched local initiatives against the expansion. Germany needs to accelerate its planning and approval procedures,” Laschet said.

Greens on the defensive

The fact that the Greens have underperformed in the local elections is somewhat surprising, as at the national level the party polls at a stable 20 percent, while in the last test before September it barely crossed the election threshold. The party leadership’s explanation was that Saxony-Anhalt has never been an easy state for them, but on the other hand the Greens in Magdeburg did not receive support from Berlin. Even though Baerbock did visit Magdeburg and Co-Chairman Robert Habeck visited Halle, Leuna and Wittenberg twice, stating a debate on fuel prices in the middle of the final stretch of the campaign was an important issue. The Greens made a political mistake by opening this conversation, and it seems they failed to understand the local specificity – cars are the most important means of transport in Saxony-Anhalt, which was part of the DDR. Annalena Baerbock’s salary has also become an awkward issue, and so have the disputes within the Green party.

There were also missteps in Magdeburg – in the evening before the election, the ZDF channel published a poll according to which 75 percent of the respondents in Saxony-Anhalt agreed with the statement that their state was facing issues that were a lot more important than climate change. Despite that, climate protection was the main theme of the Greens campaign in that state. So, one could conclude that the Greens ran a campaign that was beside the interests of the majority of the electorate. This is also visible in the details of the election results. In the two biggest cities – Magdeburg and Halle, the greens had two-digits results, whereas the in the countryside the party didn’t even approach the 5-percent threshold.

Kemfert: We do not need an “eco-dictatorship”, we need […]
Energy
In an interview with BiznesAlert.pl, professor Claudia Kemfert from Deutsches Institut für Wirtschaftsforschung think tank talks about the […]
More