The fitness trail begins with Turów. Poland is on the offensive 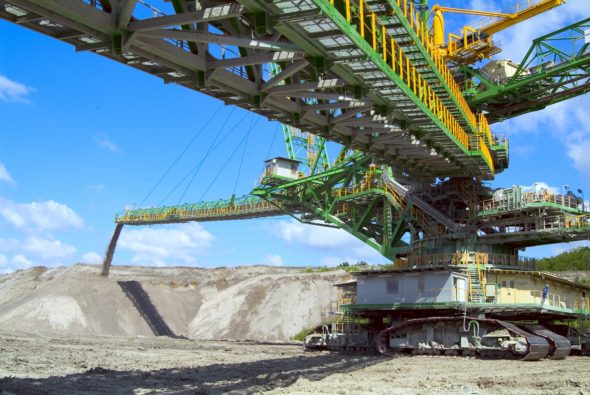 The legal dispute over the Turów mine is only the beginning of a fitness trail that coal may have to face, because of critics from Germany, Czechia and organizations like Greenpeace. Despite coming under fire, the Polish government has launched a counteroffensive and is calling the bluff – writes Wojciech Jakóbik, editor-in-chief BiznesAlert.pl.

Poles are being dragged through the courts by the Czechs on a technicality that does not comply with EU law. No agreement could be reached, which prompted the Czech side to refer the case to the Court of Justice of the European Union (CJEU). The licence to extract lignite in Turów was extended on the basis of the so-called Lex Turów, which was against the EU regulations. Poland prolonged this concession by six years without an environmental impact assessment, in breach of directives 2011/92 and 2000/60. The environmental conditions for the extension of this document were issued by the Regional Director of Environmental Protection in Wrocław. The flawed provision adopted back in 2018 has already been removed from the mining law by the climate ministry.

The dispute is now focused on remedies to address Czechs’ concerns about the impact of the open pit mine in Turów on their environment, including water levels. Polska Grupa Energetyczna (state-owned company, owner of the open pit and the adjacent power plant – ed.) has declared that it will complete the construction of an anti-filtration screen to protect the Czech waters. An objective look at the case reveals that any open pit mine can affect the environment, and there are many of those in the area – in Czechia, Germany and Poland, Turów being one of the smaller ones.

Until recently, Prague and Warsaw agreed that the mine does not affect the Quaternary geological layer in which groundwater is located. The screen was supposed to protect the Tertiary layer, on which the impact has not been proven, and the Czechs do not use water from that layer anyway. Despite the fact that the environment ministers of both countries did not meet in February, about which I wrote, the foreign affairs ministries did meet. The Minister of Climate and Environment of the Republic of Poland Michał Kurtyka had learned about the meeting plan proposed by his Czech counterpart Richard Brabec too late, and could not see him because of other commitments. Brabec did not respond to the proposal to reschedule the meeting. Meanwhile, the screen built by the Poles is now to be monitored to determine whether it helps protect groundwater as the Czechs expect it to. It is worth noting that in 2019 the Czech side had accepted the plan on this issue, and only after a while began to question it. The total cost was estimated at more than PLN 80 million.
Anyway, there was no amicable end to the dispute, for which there had been still hopes back in February when our ministries responsible for the environment were still in a dialogue. Then the case went to the Court of Justice of the European Union. It’s been suggested that Brandenburg may join the Czechs as a plaintiff, and that the court dispute will drag. Meanwhile, Greenpeace raised objections to the work of nine coal mines in Poland. Environmental arguments will be used to stigmatize the extraction of this fossil fuel, against which there is growing public resentment fueled by active climate policy and the activities of organizations such as Greenpeace. It seems that this particular fitness trail begins with Turów and may turn out to be long.

Poland in the crosshairs

The latest news suggests that during the latest round of talks, the Czech Republic and Poland have again failed to reach an agreement. It must be assumed in advance that the legal technicality on which we were caught red handed would be best handled outside of court. The Polish-Czech agreement is within reach, but our negotiators must overcome the pressure of the Czech side by responding positively to legitimate demands and rejecting those that lack justification. The negotiations are difficult due to many factors, but at this point they boil down to how much Poles are ready to pay for their legal errors.

It still needs to be decided who will receive the money. Unofficially, according to several sources, Warsaw is ready to accept the penalty of the Court of Justice of the European Union and transfer the money to the EU budget instead of bankrolling the expectations of the Czech local governments as part of a settlement agreement. If Prague was ready to settle, the money paid by Poland would go into the coffers of the Liberec Region. The money transferred to the Court in the event of a judgment without an out-of-court agreement will go to the EU budget. The heat surrounding the dispute has been turned up by a leak of documents suggesting that the Czech prime minister, who may lose his post after the election, may have bought himself an estate in France with shady money.

Poles have started revealing facts about the talks, thus suggesting a willingness to accept the judgment of the Court of Justice of the European Union, whatever it may be. The penalty of EUR 500 thousand per day may reach the amount similar to the EUR 50 million, Poles will have to pay the Czechs if their claims are recognized. The Poles want to demonstrate their determination and uncover the game the Czechs are playing.

Deputy Foreign Minister Paweł Jabłoński decided to reveal what has been talked about. “We are not in the habit of revealing the content of negotiations, but since the Czech foreign minister has departed from the truth, we are forced to do so. Public opinion in both our countries has the right to know who is responsible for the failure of the talks and the deterioration of relations, ” he tweeted. “We didn’t offer a “two-year deal”. We are offering a contract that will be valid until the mining ends, and that can be terminated in case either of the parties abuses the conditions of the agreement. This is the basic standard in international agreements concluded on a partnership basis. Moreover, we have proposed that the most important provisions, chosen and indicated to us by the Czech side, continue to operate until 2049 – even if the agreement is terminated. Those provisions pertained to, among others, monitoring the level of groundwater. The Czech government claimed that this was a key issue. Our offer guaranteed EUR 50 million for water projects in the Liberec region, above – standard rules for monitoring water, pollution, noise, regular reporting of information – and even a ban on the mine approaching the Czech border, until all of the listed conditions are met,” Jabloński enumerated.

“All this would be done in the first months of the contract. However, this proposal was rejected, because the Czech government demanded an agreement that Poland could never terminate – even if it was abused in the future. Partners do not enter into agreements on such terms. A responsible negotiator cannot bind their country to a 30-year no-exit agreement without knowing whether the other party will behave unfairly in the future. The result of the actions of the Czech government: the inhabitants of Liberec will not receive any money for water projects, no additional monitoring of groundwater, which is not required by law; the mine will be able to approach the border without any additional conditions,” the minister summed up.

“In the last hours, at the finish line, in response to our proposal, the Czech side began to escalate their demands in such a way as if their goal was to break off the talks,” the Polish Minister of Climate and Environment Michał Kurtyka explained. “We cannot transfer these funds to the inhabitants of the Liberec Region on behalf of the Czech government, even though this would guarantee an amicable settlement of the matter. If there is no will to reach an agreement, then we must take note of this situation. We want to talk with a partner who has the will to reach an agreement and if it is not there, we will not sign the agreement with ourselves, so we left the table, ” he added.

Chance for a deal after the election?

Perhaps after the election in the Czech Republic there will be a better political atmosphere for the resumption of talks with Poland. However, it is not certain, because the Pirate Party may have influence over the new government. The group is believed to be even more radical about the environment than the team of Andrej Babiš. “We will use all available legal provisions to show that the imposed temporary measures are a direct threat to the residents of our country, but also neighboring countries. We will submit additional requests for the withdrawal of the provisional measures in response to the new circumstances,” assured minister Kurtyka in the Rzeczpospolita daily. “At this stage, we would need to see a noticeable change in attitude on the part of our partner to return to the negotiating table. At present this has not happened, ” he added. So, there is a chance the parties will go back to the negotiation table if the Czechs make their position more flexible.

Chamber of tor-Turów
Coal Energy
“Poles are going through the torture of negotiating with the Czechs on the dispute over the Turów mine. In reality and despite the emotional […]
More

Poland will pay for neglecting the problem in Turów
Coal Energy Environment
We wrote in BiznesAlert.pl that the dispute over the Turów mine between Poland and the Czech Republic is about environmental concerns and a legal […]
More

The Czechs know they can win the dispute over Turów
Coal Energy Environment
The so-called “Turów issue” has been dragging for a few years now. The Czechs have complained numerous times about feeling ignored and […]
More