The gas package, or how the EC wants to fight with methane emissions (ANALYSIS) 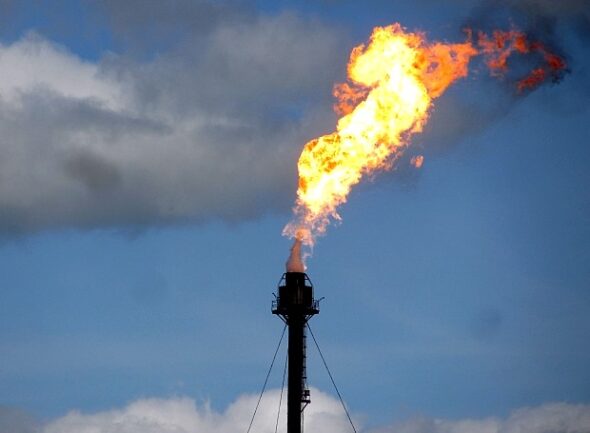 On Wednesday, 15 December 2021, the European Commission presented a comprehensive package on decarbonizing the gas sector, including through support for the low-carbon biomethane and hydrogen. The proposals include a new regulation, which is to contribute to limiting methane emissions in the energy industry. The role of gas in the energy transition depends to a large extent on how the sector will respond to the new gas package and to changing market realities – writes Maria Olczak.

After carbon dioxide (CO2), methane is the most important greenhouse gas. Despite the fact that it remains in the atmosphere for about 10 years, it is more than 80 times more harmful than CO2 in a 20-year perspective. At the recent Climate Summit (COP26) in Glasgow, the European Union and the United States committed to the Global Methane Pledge to reduce methane emissions by 30% by 2030, compared to 2020 levels. More than 100 countries have already signed up to this initiative, but Poland is not among them.

That this is more than a political statement is evidenced by the fact that in early November, the US Environmental Protection Agency presented a draft of new regulations to limit methane emissions in the oil and gas sector. At the same time, the Congress is in a debate about introducing a special fee on methane emissions. President Biden’s administration has expressed its support for the newly created International Methane Emissions Observatory (IMEO).

On Wednesday, the Commission presented a draft regulation on reducing methane emissions in the EU and beyond.

The draft regulation introduces a system for monitoring/measuring, reporting and verifying methane emissions, requires transmission operators to detect and repair leaks (Leak Detection and Repair LDAR), and significantly reduces the practice of venting and flaring. It also imposes new transparency obligations on fossil fuel importers. The Commission may impose additional burdens on importers (standards, reduction targets) before the end of 2025 in order to reduce emissions from fossil fuel imports.

The new law imposes obligations on both active and inactive oil and gas wells, as well as mines, which is important because closing them does not mean methane will not be released to the atmosphere. In the case of already closed wells or mines, where ownership is difficult to ascertain, the member state shall assume responsibility.

By choosing to introduce a regulation, not a directive, the EC made it possible for the new rules to be directly introduced in all member states, the moment the regulation enters into force. The legal standards contained in this legal act bind both the EU institutions, the member states and natural persons, legal persons and organisational entities without a legal personality.
The implementation of the regulation will largely depend on four types of actors: operators of gas systems and mines; competent authorities designated by member states; independent verifiers and the International Methane Observatory; and fossil fuel importers.

The new obligations for transmission, distribution, storage and LNG operators address the need to measure, report and reduce methane emissions. The operators will be required to submit a first emissions report using emission factors (EFS) within 12 months of the regulation entering into force.

Over the next 2 years, the operators will use emission ratios based on direct emission measurements, in accordance with the methodology OGMP2. 0. This means that companies that have joined OGMP2.0. have more time to adapt their practices to the new regulations. Poland’s Gaz-System is one of those.

The regulation harmonizes practices on leak detection and reduction (LDAR), in terms of frequency (first inspection within 6 months, then every 3 months), emission detection threshold (500 ppm), repair time (preferably within 5 days of leak detection), and maintenance of repair records and reporting. The new rules ban venting, except for cases specified in the regulation (emergency, accident) and introduce strict standards for the combustion of gas.

The good news for the impacted operators is that under Article 3, the additional costs of complying with the regulation should be taken into account by the national regulatory authority – the Energy Regulatory Office (in Poland – ed.) – when setting tariffs.

Mines will be obliged to monitor, report and verify emissions as well. This applies both to thermal coal mines, whose output is used, for example, for electricity production (and which are gradually phased-out), and to coking coal mines, the raw material of which is used for the production of steel, where there are no low-carbon substitutes.
The draft regulation provides for a ban on the discharge and combustion of methane until 2025 from drainage stations and until 2027 from ventilation shafts, taking into account safety issues in coal mines.

The regulation also requires member states to create an inventory of closed and abandoned mines and inactive oil and gas wells. Member states will have to develop plans to reduce such emissions.

Verification of methane emission measurements will be a major challenge, due to the variability and dispersion of emissions. The EC proposed a rather unusual solution, where the job will be split between the verifiers and the International Methane Emissions Observatory. The emissions reported by individual operators and mines will be subject to verification by accredited verifiers. The Observatory is to compare the emissions reported by companies with data from other sources (e.g. independent measurements, satellite observations).

Each member state is also to designate one or more bodies responsible for monitoring and implementing the provisions of the regulation. It is these bodies that will collect the verification reports, together with the reports prepared by the operators and then hand them over to the European Commission. They will be able to carry out both routine and unannounced inspections to verify if mines and operators comply with the regulation.

Furthermore, individuals and organizations will have the right to lodge complaints with the competent authorities of the member states, for example in the event of a suspected methane leak.

The regulation also provides for the establishment of a database with information on imports of fossil fuels into the EU. Importers will be required to provide information on, among other things: sources of imports, whether methane regulations are in force in the country of origin, reporting methods, measures taken to reduce emissions. This information will be publicly available.

In addition, a tool is expected to be set up to enable efficient identification of sources of emissions outside the EU, using satellite monitoring and appropriate diplomatic action.
According to calculations prepared by Carbon Limits, only in the case of imports of natural gas, the methane emissions generated before the gas reaches EU consumers are 3-8 times higher than emissions in the EU itself.

It is worth noting that in several instances the Commission has reserved the right to clarify certain provisions (e.g. scope of information reported by importers) under the implementing and delegated acts procedure.

The final version of the regulation will be negotiated between the European Commission, the European Parliament and the EU Council representing the interests of the member states.

The draft presented on Wednesday introduces significant changes in the monitoring and reduction of methane emissions associated with the extraction and transport of fossil fuels (coal, oil and gas). If adopted in its current form, it would be one of the most far-reaching methane regulations in the world. Reducing methane emissions will have an impact on slowing the rate of global temperature rise and improving air quality.

The regulation does not eliminate the problem of methane emissions, but it is a decisive step in this direction. Other sectors that can expect methane regulations are the waste sector and agriculture.

Russia’s Trojan Stream under the Black Sea
GAS
The EU’s tacit acceptance of TurkStream is a serious and dangerous misjudgement of the perils this diversionary pipeline presents, writes Olga […]
More

How will the new methane strategy influence gas supplies to the EU? (ANALYSIS)
Climate Policy GAS
While anticipating EU proposals to reduce methane emissions, it is in the interest of the gas sector to take appropriate steps as soon as possible to […]
More