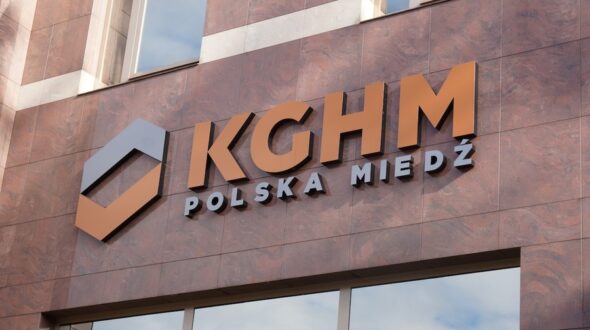 Chile is responsible for the production of 30 percent of the world’s copper. This would not be possible if it were not for customers around the globe who want to buy this commodity. The shipping terminal in Antofagasta plays the central role in distributing this raw material. How does a hub, which connects Chilean copper to customers on the other side of the world work? – a report by Jędrzej Stachura, editor at BiznesAlert.pl.

Today, transport is the backbone of every industry and it is hard to imagine mining without the possibility of shipping. Without it, the mineral obtained for a huge amount of money would become practically worthless.

One of the facilities for international shipping is the Antofagasta Terminal Internacional (ATI), a port serving the mining industry in northern Chile. As its name suggests, it operates in Antofagasta, a region (and port city of the same name) in northern Chile, where the chemical, food, textile and shipbuilding industries have been growing for years.

ATI is located in the centre of the picturesque Antofagasta region and is the main shipping point for materials from this part of Chile. This gives it a strong competitive edge and allows to fully exploit the region’s export potential. It is the nearest port for major mining companies in the region.

Its services are used, among others, by the Sierra Gorda copper mine, which is co-owned by the Polish KGHM. This cooperation is a good example on which the process of preparing the mineral (copper in this case) for shipment can be explained.

The concentrate is delivered to the plant by road and rail. As soon as the entrance gate is closed behind it, the whole procedure of collection, storage and dispatch of the concentrate begins. The terminal in Antofagasta uses the REAC system (Reception, Collection and Shipment of Concentrates), which, according to its representatives, best meets the needs of large mining companies.

First of all, the wagons with the concentrate are weighed and their contents are verified. The whole process is monitored from a room called the “big brother room” by the staff. Each stage of preparation for shipment must be perfectly buttoned up.

The convoy reaches the building where the unloading takes place. The warehouse pictured below was built specifically for the Sierra Gorda copper mine, which is located more than 100 kilometers from the city. It can hold 15 thousand tons of copper concentrate.

The unloading process begins with the excavator, which lifts the cover of the wagon, then “picks up” the material and places it in the storage boxes. Next, the concentrate is transferred to the adjacent warehouse on conveyor belts. That’s where it waits for shipment.

When the shipping deadline approaches, the material is again placed on the conveyor belt and transported to the loading area, where huge cranes are used to move it to the ship. From this point on there is nothing standing between the concentrate, a product of enriched low-percentage copper ore, and the clients. A few days earlier it was pulled out of the middle of the Acatama desert and now it will go to, for example, Japan or China.
After that the wagons are washed. ATI has two washes – for trucks and wagons. After several washing cycles, the waste water is removed in the designated places. The wagons undergo a final inspection and return to the mine for another load of valuable material.

The Sierra Gorda product has customers all over the world. Of course, everything depends on demand. In June 2020, KGHM recorded high sales, which was caused by the huge demand for copper in China.

The process at the Antofagasta harbor involves not just loading the concentrate, but also other activities that need to be performed to cater to the environment and local community. ATI conducts environmental studies of soil and air quality in the city. It also uses systems that prevent the release of harmful substances and dust.

Representatives of the port emphasize that they want to pursue a policy of sustainable development. This year, the renovated the lighting system, which is now based on solar energy. This will result in less energy consumption (by 40%) and a reduction in the carbon footprint. The people of Antofagasta can share their views through a system of complaints and suggestions. ATI points out that this allows it to learn about their needs and react to their problems.

Copper and lithium are the future of the energy industry. Poles are in the global game
Energy
Renewable energy sources and e-mobility do not generate emissions, but they need raw materials that more often than not require forceful […]
More